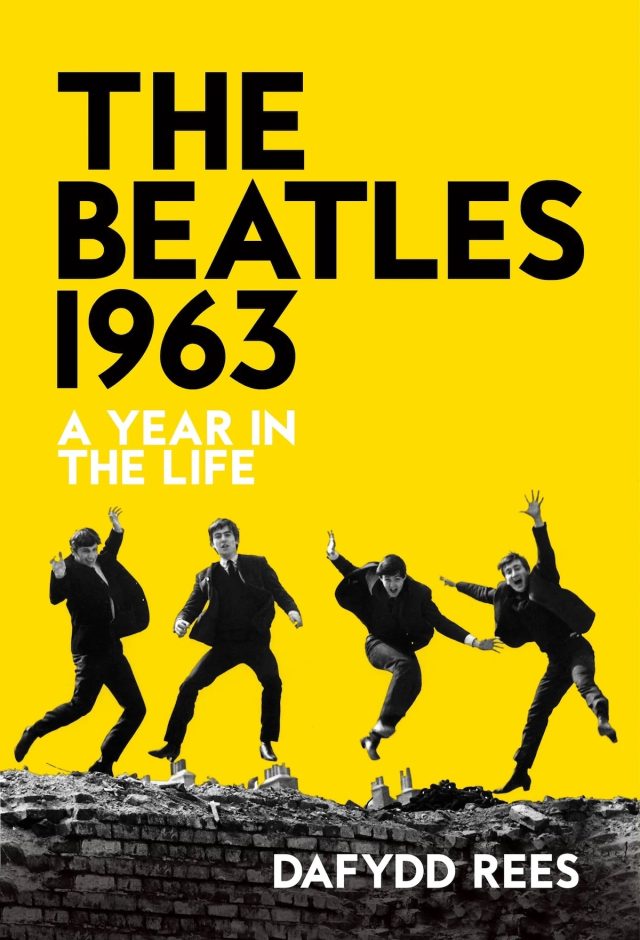 The Fabs and Faith No More. Mozart and Max Hunter. Tex Morton and tuning forks. Toss in tomes on the lessons of country music and the birth of electro-pop and you’ve got a week’s worth of reading. Turn the page: 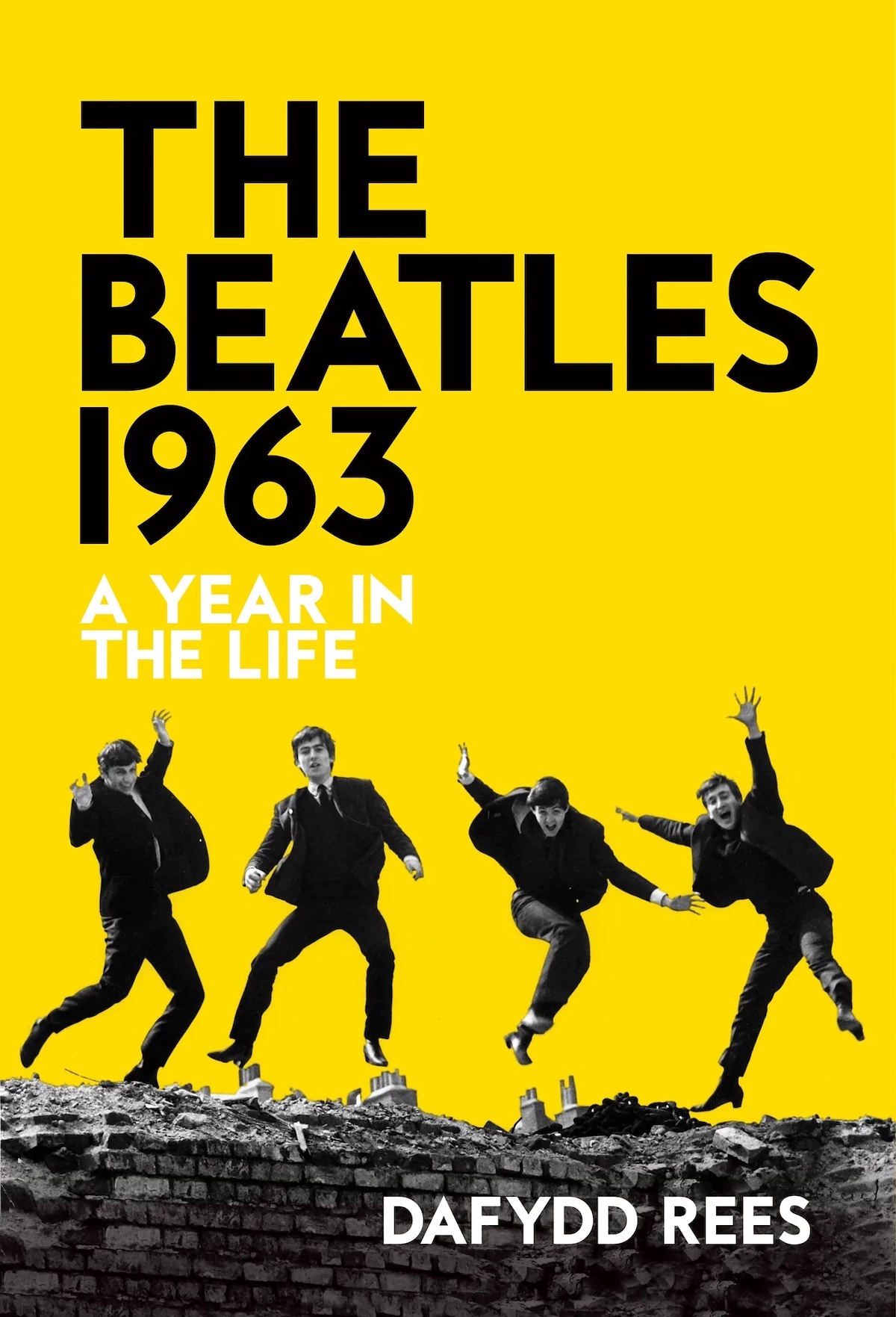 The Beatles 1963
By Dafydd Rees

THE EDITED PRESS RELEASE: “At the start of 1963, The Beatles were a successful local Liverpool band with one hit single; 12 months, two albums, and the arrival of Beatlemania later, they were on the cusp of world domination. Featuring daily entries covering every pivotal event, The Beatles 1963 draws on hundreds of new eyewitness accounts and provides numerous unseen photographs. Meticulously researched, this is the definitive account of the momentous year that sent John, Paul, George and Ringo to stratospheric heights.” 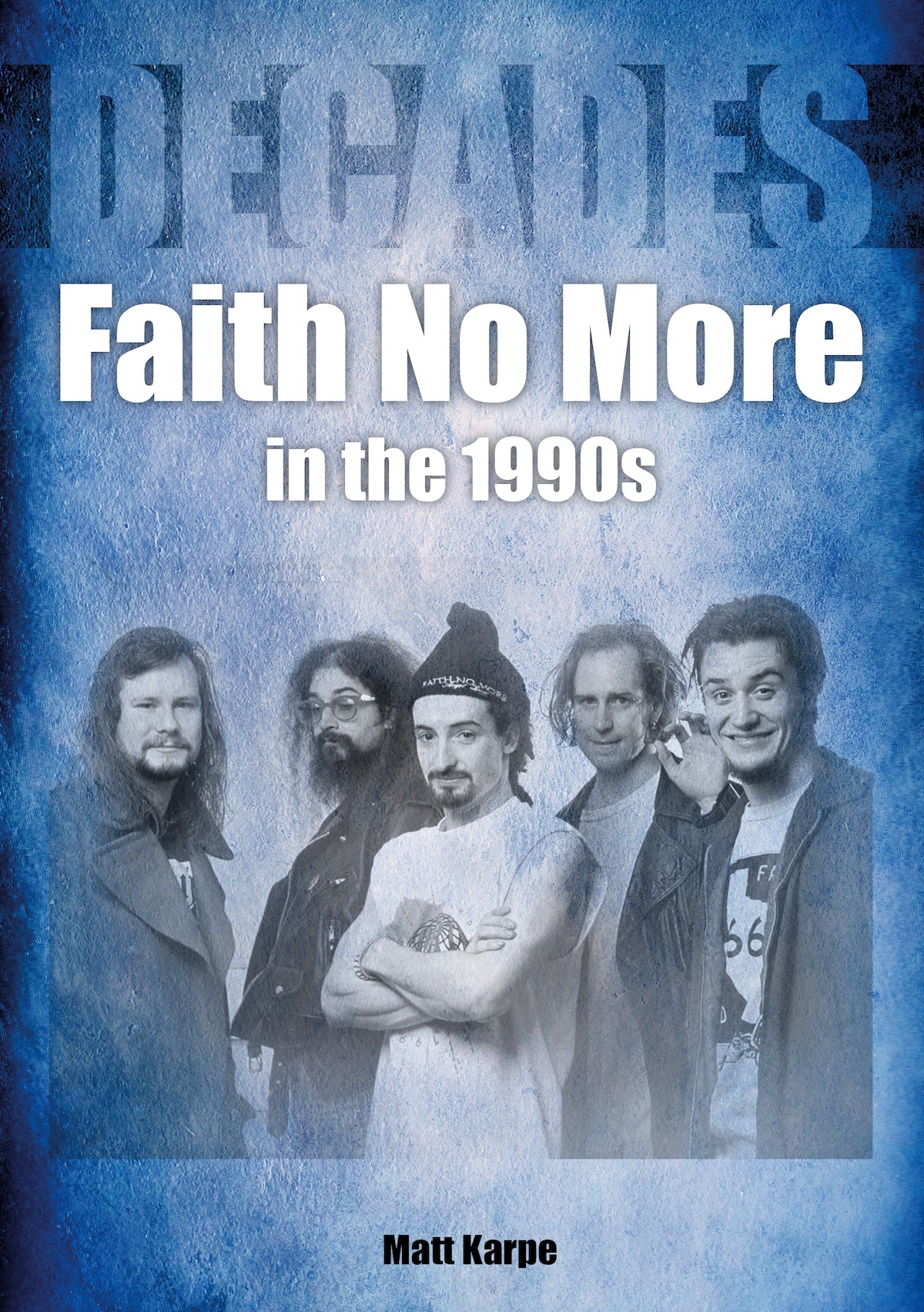 Faith No More In The 1990s: Decades
By Matt Karpe

THE EDITED PRESS RELEASE: “It may have taken them a few years to achieve a stable lineup, but Faith No More did just that with the arrival of enigmatic frontman, Mike Patton in 1988. By 1990, the San Francisco quintet were flying high on the back of their third album, The Real Thing, and the influential anthem for a generation Epic. Becoming a household name and mainstream chart botherers with colourful and diverse songs ranging in style from heavy metal to jazz, and rap rock to lounge music, Faith No More refused to follow trends and instead pushed forward with a gung-ho attitude and a talent for songwriting built around sonic experimentation. The band released the critically acclaimed Angel Dust, as well as King For A Day…Fool For A Lifetime and the ironically titled Album Of The Year records, before stunning fans by parting ways in 1998. Faith No More in the 1990s is the story of a largely rewarding but tension-filled decade for rock music’s greatest underdogs. Providing a detailed timeline of events, frenetic touring schedules, and most importantly — the songs, this book documents the rise and progression of one of the most distinctive bands of all time.” 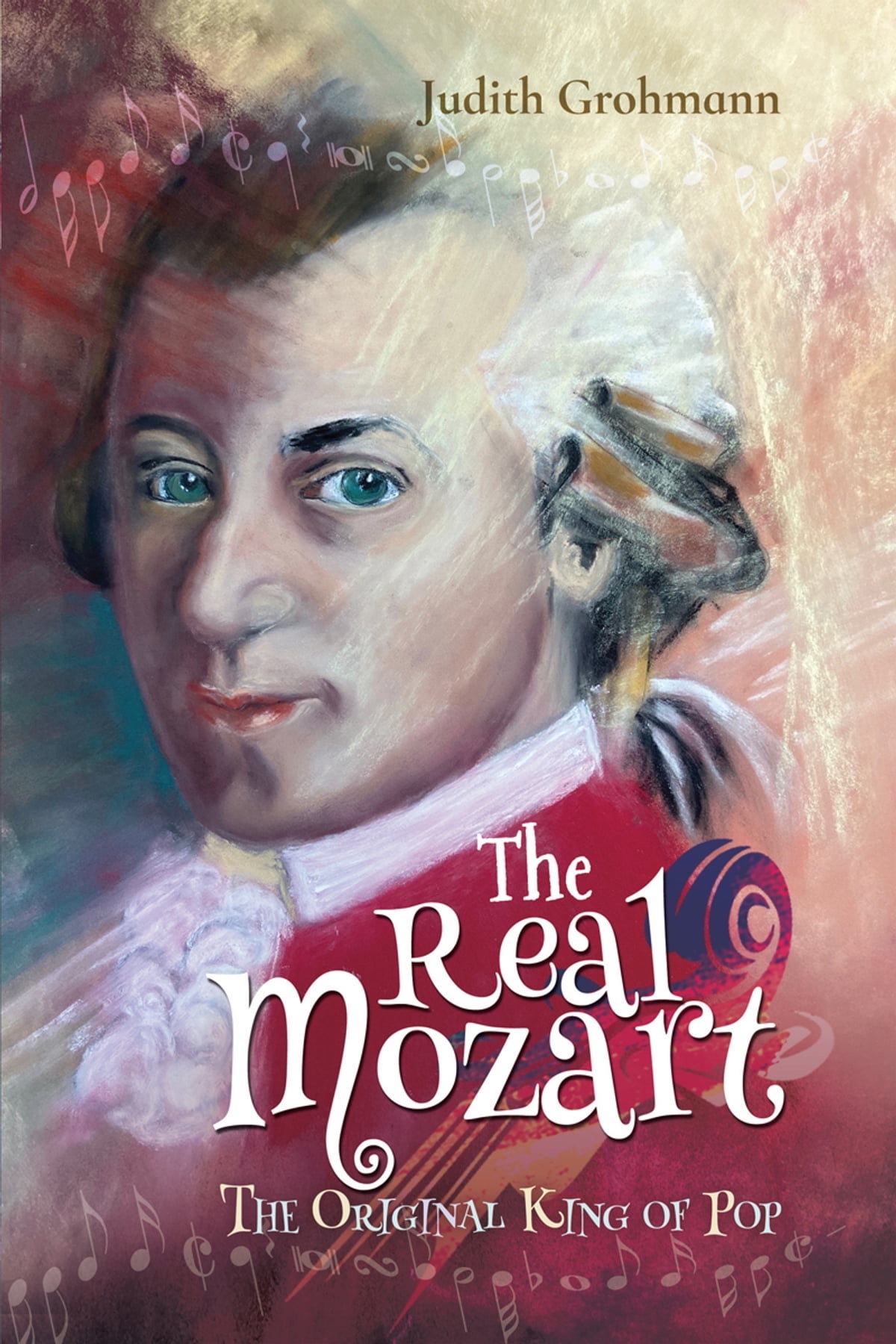 The Real Mozart: The Original King of Pop
By Judith Grohmann

THE EDITED PRESS RELEASE: “Born in Salzburg in 1756, Wolfgang Amadeus Mozart was one of the most prolific musicians that ever lived. Here, the author Judith Grohmann takes us behind the curtain of the career to reveal the real personality of the composer, whose influence on the world of music is still profound today. A child prodigy, he played several instruments from a tender age and eventually created his own style by blending the traditional with the contemporary. He was beloved and hyped, but was also a multi-layered and controversial personality: on one side a provocative influencer, hyperactive and a driven man, a bon vivant who loved luxury, but on the other side, a man who was drawn to the Masonic mindset of brotherhood, freedom, tolerance and humanity, with frequent and extreme mood changes and a penchant for word games and a peculiar sense of humor. In his short life, Mozart anticipated almost everything that makes a star today: international tours, hysterical fans, success, big hits, sex and addiction. He wrote obsessively and composed more than 600 different operas, sonatas, masses, concerts and symphonies. As far as we know today, Mozart’s oeuvre contains around 1,060 titles. Knighted by the Pope at just 14 (the greatest award for any artist at the time), today he might have been showered with Grammys and platinum discs.” 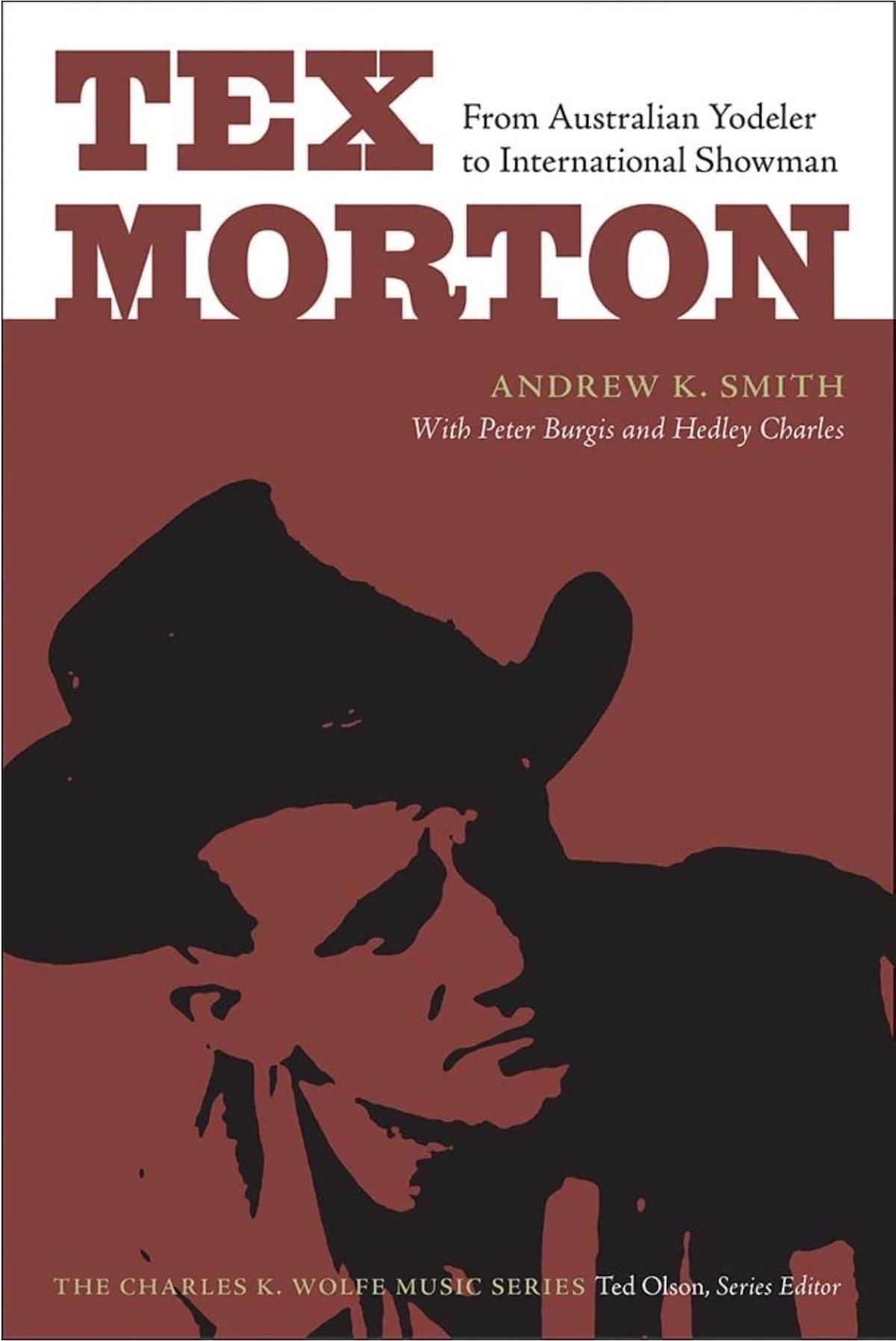 THE EDITED PRESS RELEASE: “Born in 1916 at the northern end of New Zealand’s South Island, the teenaged Robert William Lane became obsessed with the singing and expressive yodeling of country music’s Jimmie Rodgers. By the 1940s, his obsession and subsequent focus on his own guitar playing, singing, and yodeling led him to achieve musical stardom as Tex Morton, master showman and influential progenitor of Australian country music. Tex Morton: From Australian Yodeler to International Showman offers the first full-length biography of this country music phenomenon from down under. “From the time he first left the security of his home and set out to discover the world, life was a continual journey for Tex Morton,” Smith writes. And it was: Beginning with Morton’s early life and chronicling his burgeoning career and ultimate stardom, Smith’s study showcases Morton’s multi-faceted creative endeavors over the years, from showman and sharpshooter to hypnotist and academic. His talents took him all over the world, from Australia and New Zealand and countries throughout Asia to the United States, Canada, and England. Smith’s carefully constructed narrative captures the nuance of a versatile yet driven, flawed yet talented figure who ultimately became both an influential country artist and an entertainer of international standing over the course of an almost 50-year career.” 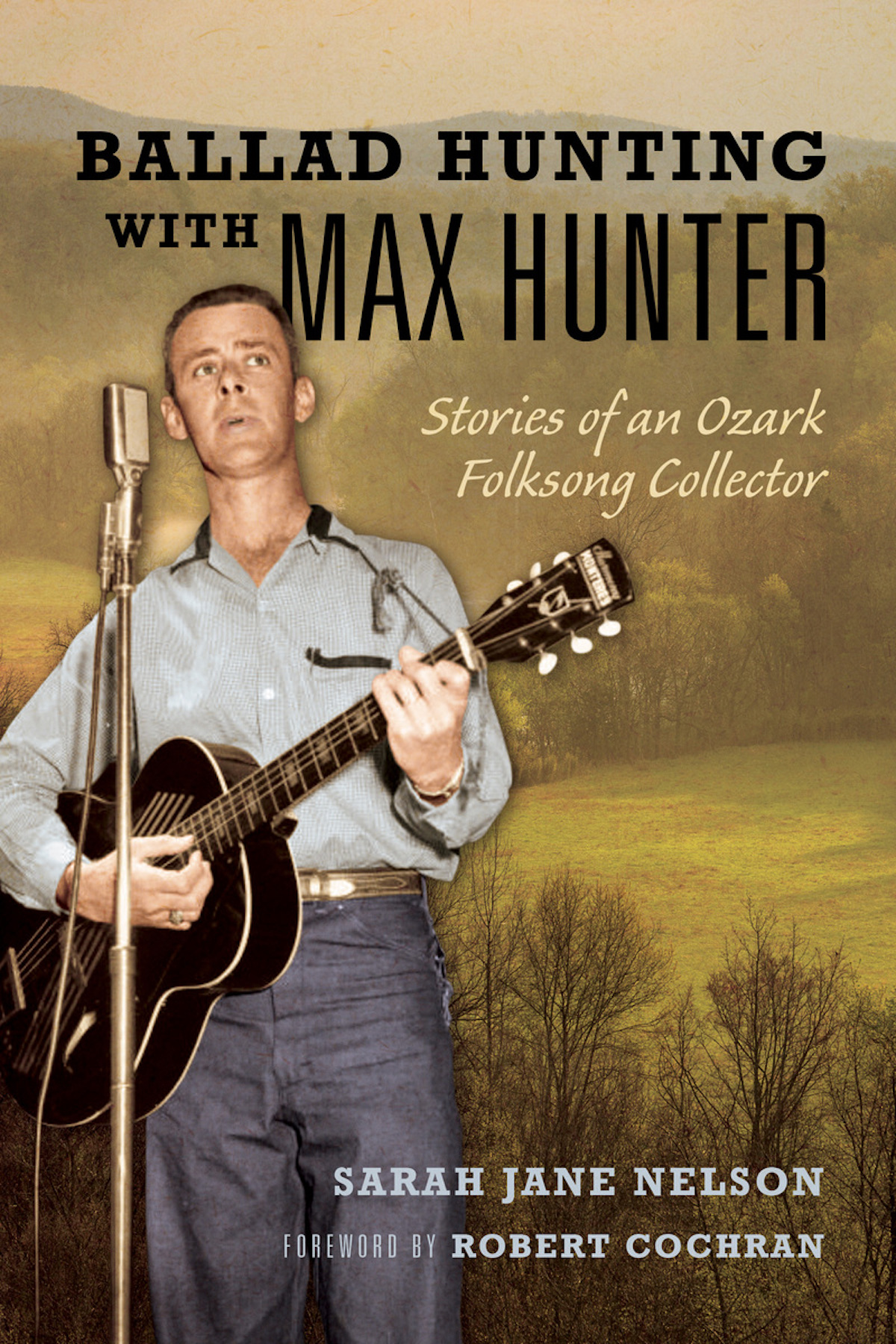 THE EDITED PRESS RELEASE: “A traveling salesman with little formal education, Max Hunter gravitated to song catching and ballad hunting while on business trips in the Ozarks. Hunter recorded nearly 1,600 traditional songs by more than 200 singers from the mid-1950s through the mid-1970s, all the while focused on preserving the music in its unaltered form. Sarah Jane Nelson chronicles Hunter’s song collecting adventures alongside portraits of the singers and mentors he met along the way. The guitar-strumming Hunter picked up the recording habit to expand his repertoire but almost immediately embraced the role of song preservationist. Being a local allowed Hunter to merge his native Ozark earthiness with sharp observational skills to connect — often more than once —with his singers. Hunter’s own ability to be present added to that sense of connection. Despite his painstaking approach, ballad collecting was also a source of pleasure for Hunter. Ultimately, his dedication to capturing Ozarks song culture in its natural state brought Hunter into contact with people like Vance Randolph, Mary Parler, and non-academic folklorists who shared his values.” 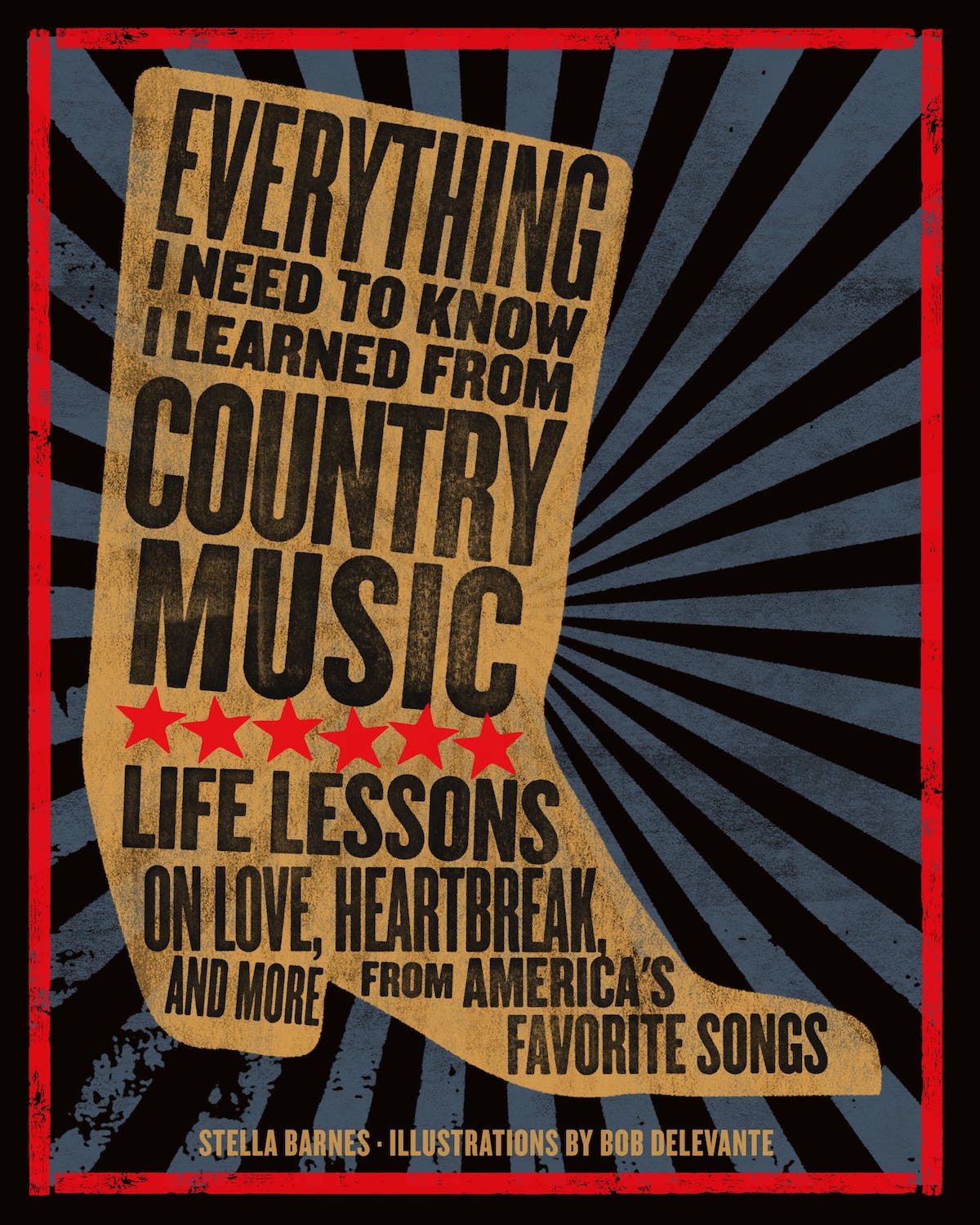 Everything I Need To Know I Learned From Country Music: Life Lessons on Love, Heartbreak, and More from America’s Favorite Songs
by Stella Barnes

THE EDITED PRESS RELEASE: “You can always count on country music! Take it from your favorite country artists! Whether you’re nursing a beer and a broken heart or you’re raising a glass to the little things in life, they’re right there by your side with the lyrics you need to hear most. Now, you can find country’s best lessons right here in Everything I Need to Know I Learned from Country Music. Rediscover and reflect on the songs that have seen you through it all. Get the inside scoop on songs from country greats like Dolly Parton, Johnny Cash, Tim McGraw, Carrie Underwood and more. Enjoy more than 60 illustrated lyrics from their songs. Spanning seven decades of songs that speak straight from the heart, Everything I Need to Know I Learned from Country Music is more than just a thoughtful gift for country music fans — it’s a salute to American life!” 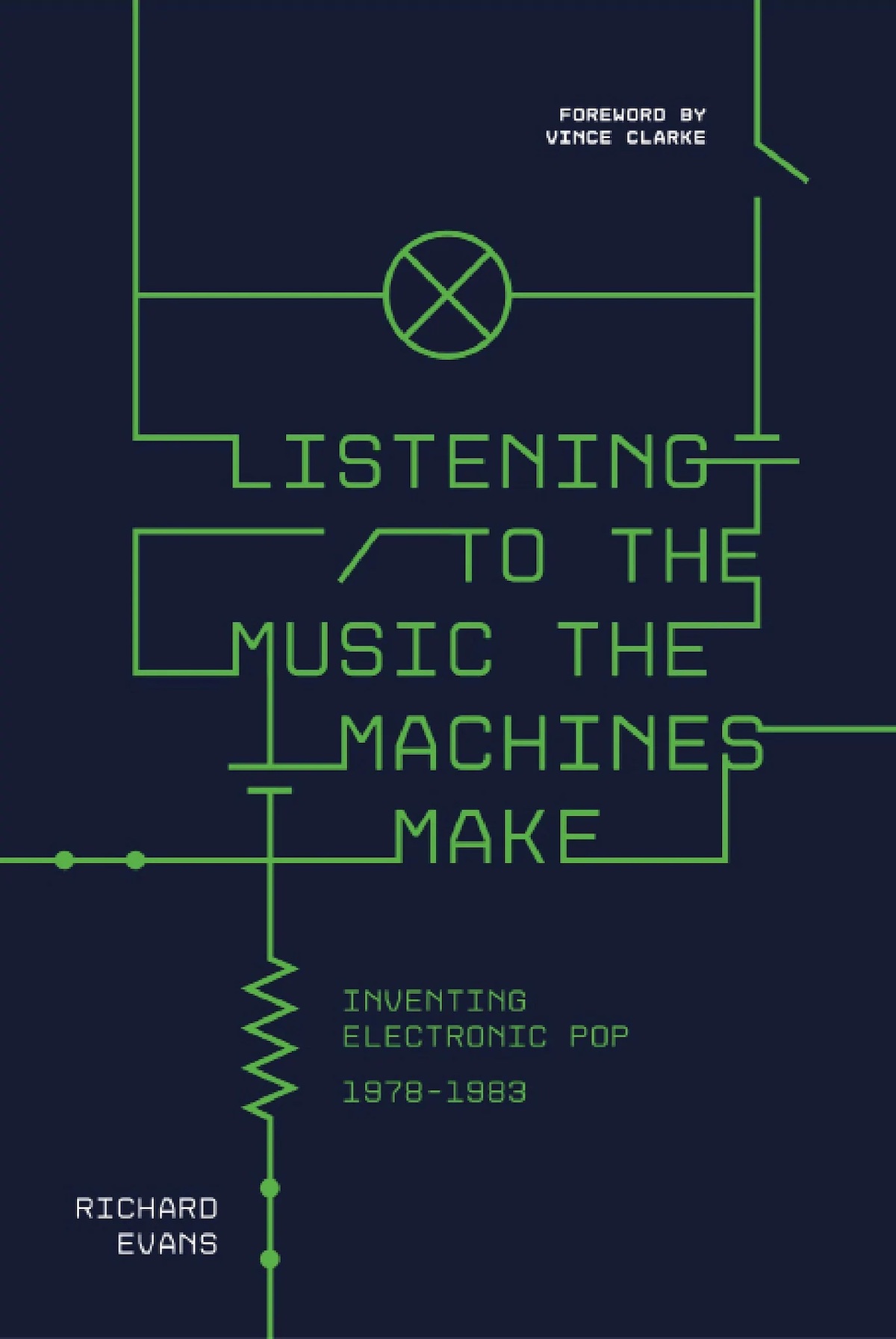 Listening to the Music the Machines Make: Inventing Electronic Pop 1978-1983
By Richard Evans

THE EDITED PRESS RELEASE: “Listening To The Music The Machines Make is the enthralling, explosive story of electronic pop between 1978 and 1983 — a true golden age of British music. This definitive book explores how krautrock, disco, glam rock, and punk inspired an electronic pop revolution and how that revolution went on to establish the foundations for hip-hop, house, and EDM. Drawing on years of research and with exclusive input from key figures — including Vince Clarke (Depeche Mode, Yazoo, Erasure), Martyn Ware (The Human League, Heaven 17), Dave Ball (Soft Cell), John Foxx (Ultravox), Daniel Miller (The Normal, Mute Records) and Rusty Egan (Visage) — Richard Evans tells the stories of the movement’s underground pioneers and its superstars: From Devo, The Normal, Telex and Cabaret Voltaire to Gary Numan, OMD, Duran Duran and Depeche Mode.” 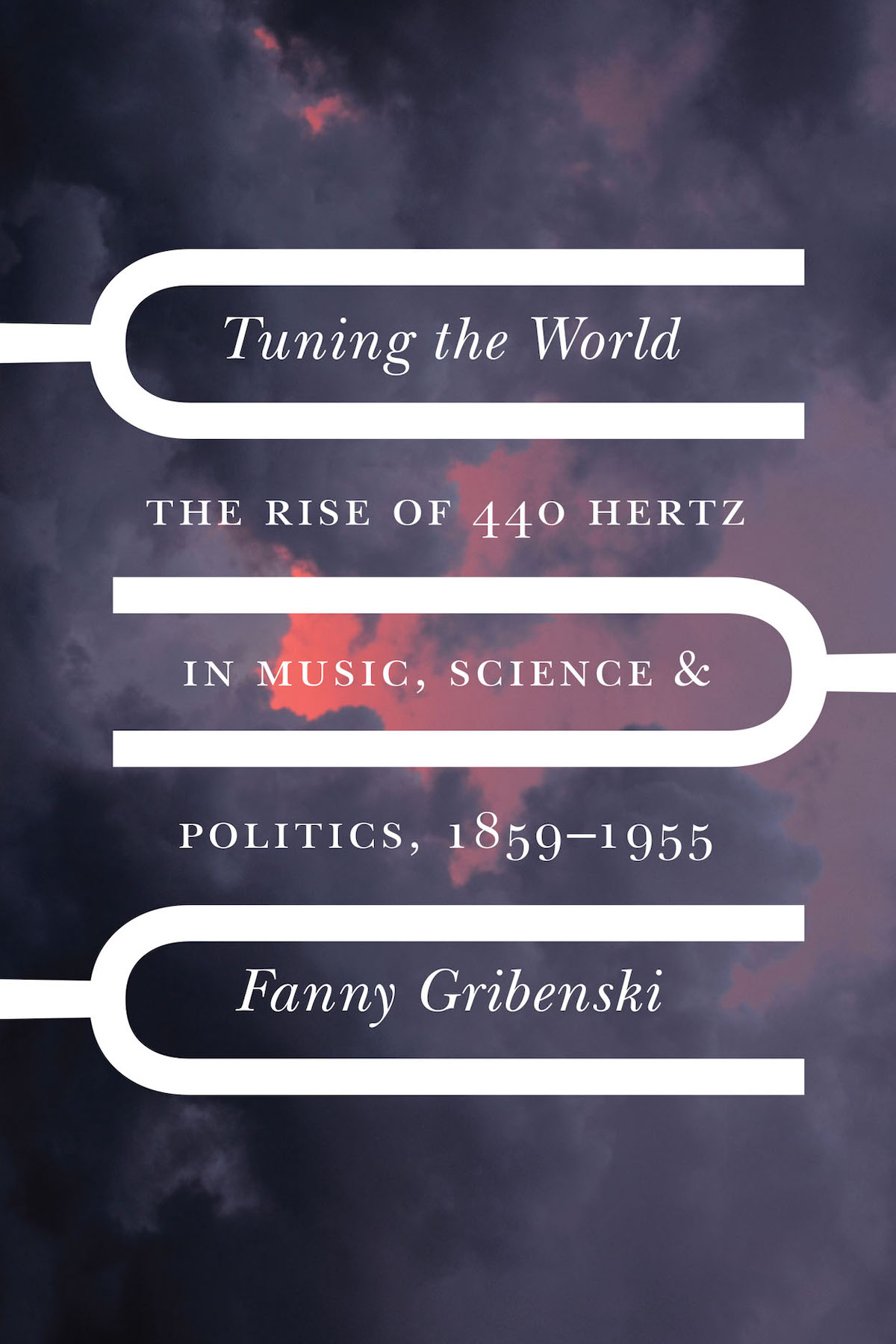 THE EDITED PRESS RELEASE: “Now commonly accepted as the point of reference for musicians in the Western world, A 440 hertz only became the standard pitch during an international conference held in 1939. The adoption of this norm was the result of decades of negotiations between countries, involving a diverse group of performers, composers, diplomats, physicists, and sound engineers. Although there is widespread awareness of the variability of musical pitches over time, as attested by the use of lower frequencies to perform early music repertoires, no study has fully explained the invention of our current concert pitch. In this book, Fanny Gribenski draws on a rich variety of previously unexplored archival sources and a unique combination of musicological perspectives, transnational history, and science studies to tell the unknown story of how A 440 became the global norm. Tuning The World demonstrates the aesthetic, scientific, industrial, and political contingencies underlying the construction of one of the most “natural” objects of contemporary musical performance and shows how this century-old effort was ultimately determined by the influence of a few powerful nations.”