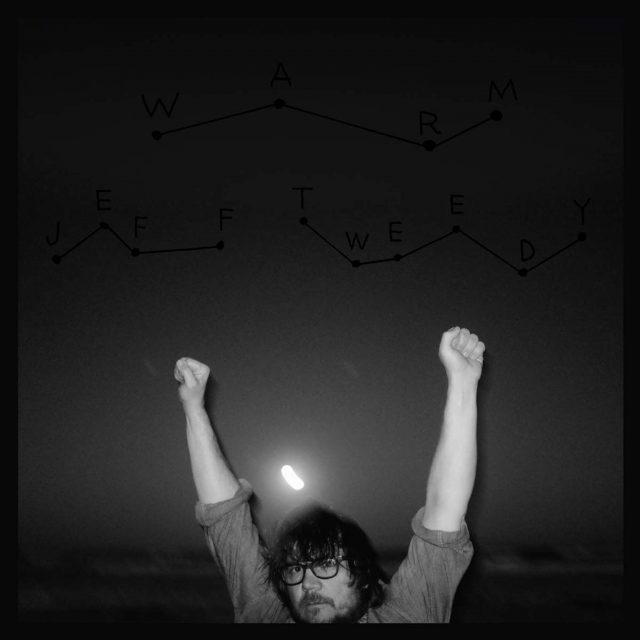 “I break bricks with my heart,” claims Jeff Tweedy a couple of songs into his album Warm. “Only a fool would call it art.” Well, it ain’t the first time somebody’s called me that. And it sure won’t be the last. At least I’ve got plenty of company. Because as anybody who’s been paying attention to the Wilco frontman’s creative output over the past couple of decades knows he’s been doing a lot more than just tossing off pop ditties. And he isn’t changing that tune on this wonderful 11-track disc, his first true solo album released under his full name. Warm is also a companion piece to his recently released memoir Let’s Go (So We Can Get Back) — which I haven’t read yet — but it also stands on its own two feet quite competently. So does Tweedy, who reportedly penned, played and produced pretty much everything on the album. Musically, he hews closer to straightforward, uncluttered country, folk and pop, eschewing the noisier and more experimental aspects of his day job. And maybe it’s just because I’ve been listening to so much Beatles and Dylan lately, but some of these cuts seem like they wouldn’t be out of place on The White Album or John Wesley Harding. The emotional tone, not surprisingly, is thoughtful and introspective, with the 51-year-old taking stock of his life — as a husband, father, musician, celebrity, American, middle-aged man and recovering addict — and sharing what he’s learned along the way. Some lessons are serious (“Grow away from your anger”) while others are light (“Don’t forget to brush your teeth or you’ll have a funny smile”). Often he’s apologetic (“I should have done more to stop the war”). Sometimes he’s snarky (“Now people say / What drugs did you take / And why don’t you start taking them again?”). Death is never far from his thoughts and lips — but ultimately, Warm is about life, forgiveness, kindness and brotherhood. We all suffer, we all hurt, we all screw up. But that’s OK; we can all try again, we can all do better, we can all leave a positive mark on the world. Even Tweedy. Whether he wants to admit it or not. “I leave behind a trail of songs,” he says at one point. “From the darkest gloom to the brightest sun / I’ve lost my way but it’s hard to say / What I’ve been through should matter to you.” Only a fool would believe that.