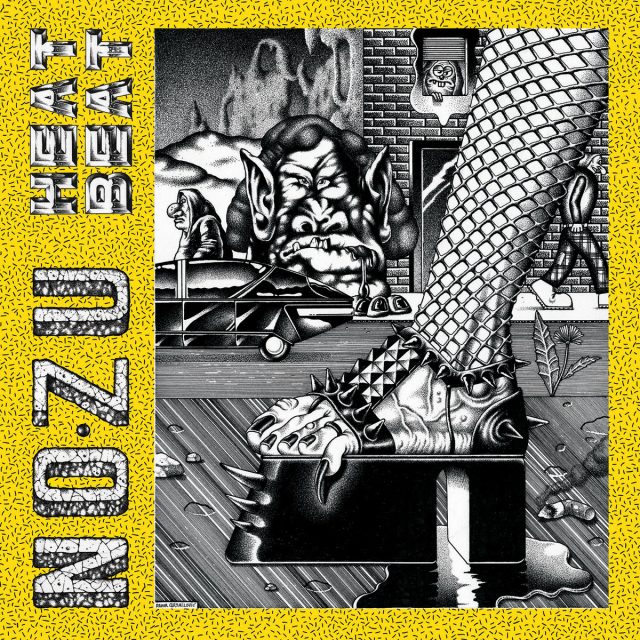 THE EDITED PRESS RELEASE: “Melbourne “heat beat” icons No Zu regroup after the passing of vocalist Daphne Camf to release their first new original music since 2016.

No Zu have stormed stages from Barcelona’s Primavera Festival to Meredith’s Golden Plains. Led by the magnetic, tireless Nicolaas Oogjes, No Zu‘s multi-limbed, mutant punk-funk has evolved over the last decade to make them one of Australia’s most distinctive and debauched groups.

Daphne’s passing in 2021 left a huge hole in Melbourne music, and the band fell into a long silence. Now they return with an EP featuring her final recordings with the group. Heat Beat, named after the band’s own trademarked genre, is classic No Zu. Dark and playful, layered with cryptic allusions and implausibly danceable, the EP shows No Zu at their restless, exploratory best.

In 2016, their second album Afterlife took No Zu to Europe for Primavera and a huge concert in Rennes, broadcast live on French television. The 2017 remix EP Body2Body2Body saw Afterlife tracks reworked by the band’s ’80s idols A Certain Ratio and Jonny Sender of Konk. In 2020 they released a double A-side single covering Hunters & Collectors’ Talking To A Stranger and Bryan Ferry’s Sensation, and played their last live show in Feb 2020. Oogjes subsequently unveiled his gangster-conman alter ego Cong Josie and released debut solo album Cong!”