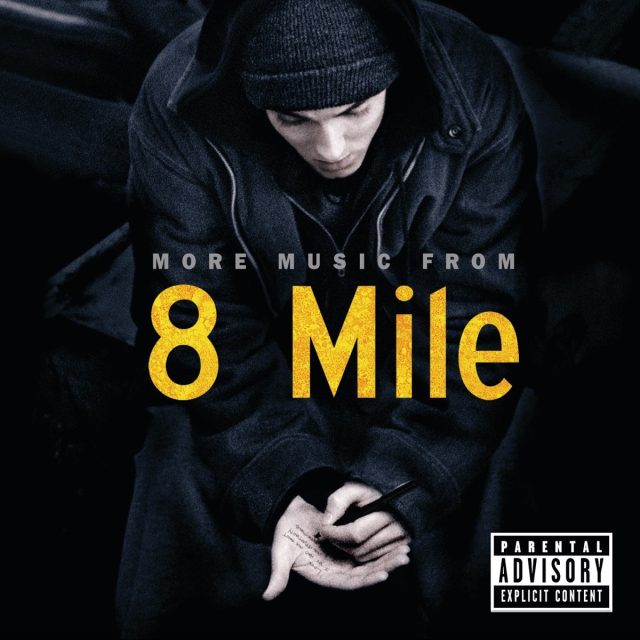 Buyer beware: If you aren’t paying attention, you could easily confuse this similar-looking album with the original soundtrack to 8 Mile. And if you do, you might very well end up disappointed — especially if you expect to hear Eminem.

Even though his picture is on the front cover — and the back — he’s nowhere to be found on this dozen-track soundtrack sequel. What you will find here, I have to admit, is fairly impressive: A bunch of classics from B.I.G. (Juicy), OutKast (Player’s Ball), Mobb Deep (Survival Of The Fittest) and a whole whack of Wu-Tangers. Still, without Slim Shady, More Music From 8 Mile seems like slim pickin’s.