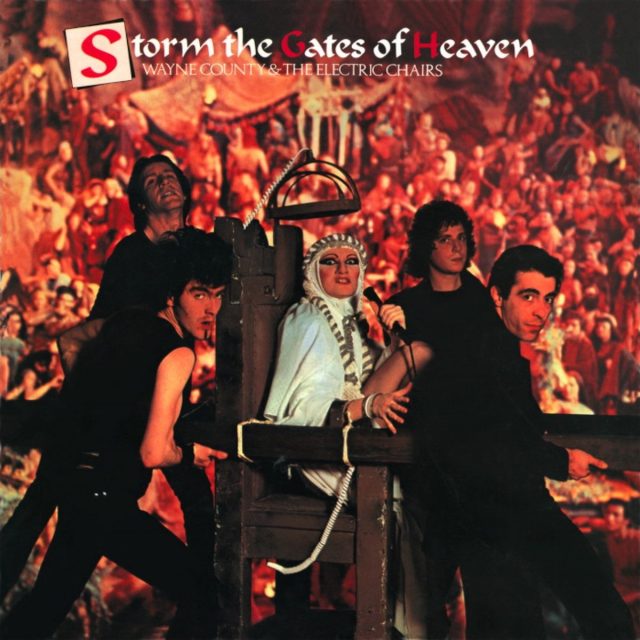 Until recently, I’d never owned a Wayne/Jayne County record. The only thing I had was a single track — Max’s Kansas City — on a compilation CD of the 1975-78 New York scene. All I knew about County was that she was the first openly transgender rock performer, having transitioned to Jayne from Wayne upon a move to Berlin in 1979, after years in the New York punk and glam scene, as well as an association with Andy Warhol.

Initially a playwright, County was born Wayne Rogers in Georgia two years after the end of the Second World War. She named herself after the county Detroit is in, started out in N.Y.C., did her best stuff in London during the height of punk (The Police once opened for her), and decamped to Berlin before returning to the States in 1983. Speaking of The Police, their original guitarist Henry Padovani joined County’s band The Electric Chairs after being dismissed by Stewart Copeland (who had recruited him in the first place). County’s first show after transitioning was actually in Toronto.

County’s musical career began in 1972 with her band Queen Elizabeth and later Wayne County & the Backstreet Boys. David Bowie’s management group Mainman signed them, but nothing came of it. Well, except that County claims Rebel Rebel is a ripoff of the Queen Elizabeth song Queenage Baby. They never recorded, but Mainman spent heaps of cash filming a 1974 performance which has still never aired. Some of the songs were released in 2006 on Wayne County At The Trucks, including Queenage Baby and that Max’s Kansas City song I knew.

It opens with the six-plus minute title track and its campy, Halloweeny intro — which rolls into what seems like it’s going to be a children’s song. By two minutes in, it gets all Alice Cooper. J.J. (John) Johnson is a great drummer. Next up is a great punk-pop number similar to Jim Carroll, The Ramones or Johnny Thunders‘ Heartbreakers. Cry Of Angels is perfectly half the length of the title track. It’s sung much better as well and nowhere near as campy, which would have been overkill. Speed Demon is more of the same — except even more of a rocker. Kinda like The Phone Call by The Pretenders. With more treble it could almost be a Dead Kennedys song. 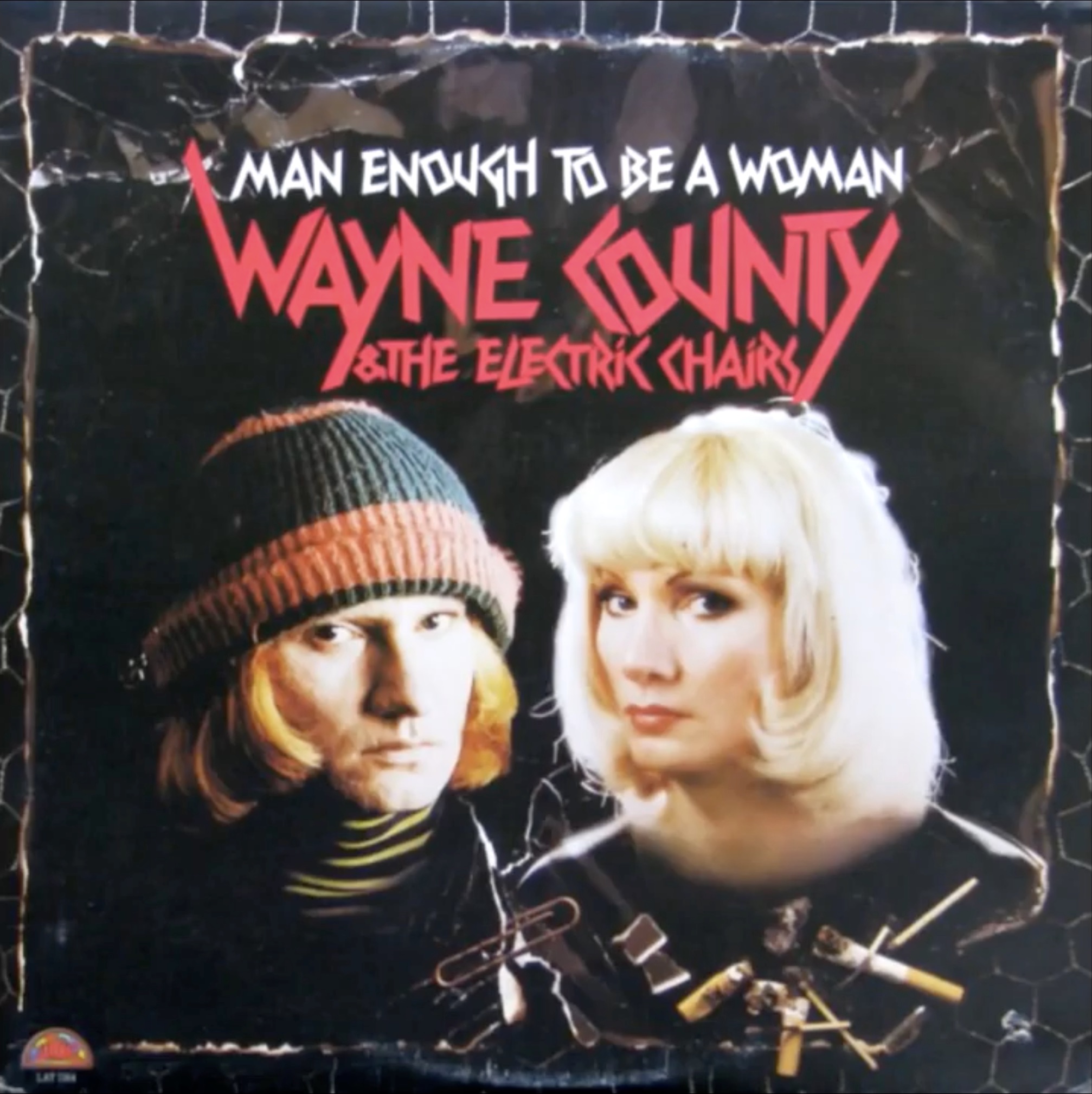 All these songs are originals, but the last song on the first side — Mr. Normal — is a whole-band composition. It’s one of those “you stiff old fogies think we’re so weird” songs. Not as savage as things like Plastic People or Brown Shoes Don’t Make It by Frank Zappa & The Mothers Of Invention, but certainly genuine. This one could also be a DK song, with one proviso — it sure as hell can’t stay six minutes long. Is it just me or is that weird for punk rock? There are three six-minute songs on this album.

Side 2 begins with what serves as the title track on my reissue, Man Enough To Be A Woman. This threatens to be a ballad, but instead turns into a stomper. It’s campy Alice Cooper again, hotboxed in a backstage green room with The New York Dolls. Very nice two-guitar dynamics on this. I think they worked hard on it. This is followed by Trying To Get On The Radio, which takes Mott The Hoople on a date with Dead Milkmen at the Rocky Horror Picture Show. The band is quite tight in this during the guitar solo, slick. There’s an actual violin in the chorus, performed by Darryl Way of Curved Air (another Copeland connection: He was their drummer before forming The Police). The penultimate number is the album’s only cover — The Electric Prunes classic I Had Too Much To Dream Last Night. Solid choice, and it 100% works.

It all wraps with the third six-minute song, the for-real ballad Tomorrow Is Another Day. I won’t mince words — it’s five minutes too long. It’s a melted popsicle of a song. This is not the band for an emo song. They should steer clear of Cheree-type material. The music is good, but the melody is crap and meandering. There’s no other place on the album it could have gone, I guess, but damn … I would have preferred another cover.