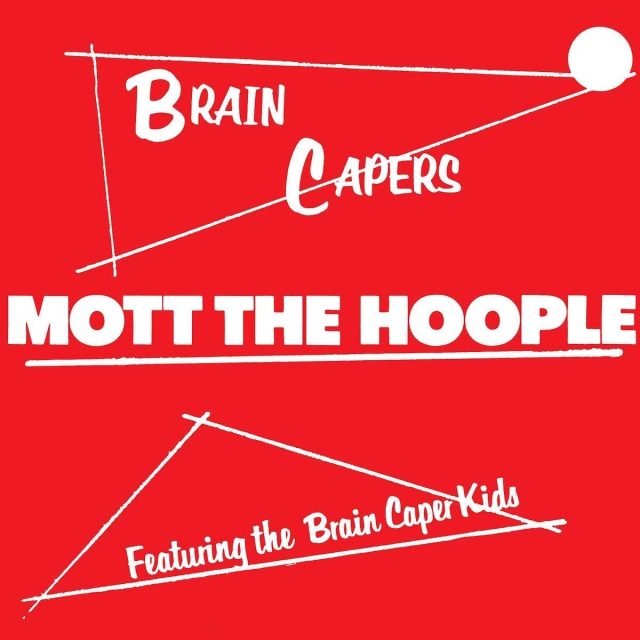 Recently I was telling my bandmates about just how damn good the first Mott The Hoople album is. (You should get it). The bass player agreed, but firmly suggested it wasn’t as good as Brain Capers. Brain Capers? I’d never heard of it. “Yeah,” he said. “They never made anything like it.”

That’s enough for me. And I promptly ordered a remastered copy from Europe — one which includes a replica of the masquerade mask it originally came with. I love that kind of stuff. The album isn’t on Spotify, and I didn’t bother hunting much further to actually hear it before I bought it. More fun that way, and Sean the bass man is never wrong with this type of intel.

Born in 1971, Brain Capers is the fourth Mott The Hoople album, coming at a time when the band were basically at the breaking point. So far, it just wasn’t happening. Really, that wouldn’t happen until the next record — All The Young Dudes, and it’s timeless David Bowie-penned title track. Actually, Bowie produced the entire album. They changed their sound, and frankly, they had to. There’s no topping Brain Capers.

And here’s a great reason why you should buy the albums your bass player tells you to, rather than looking to Billboard for suggestions: This is the only Mott album which didn’t chart on either side of the Atlantic. 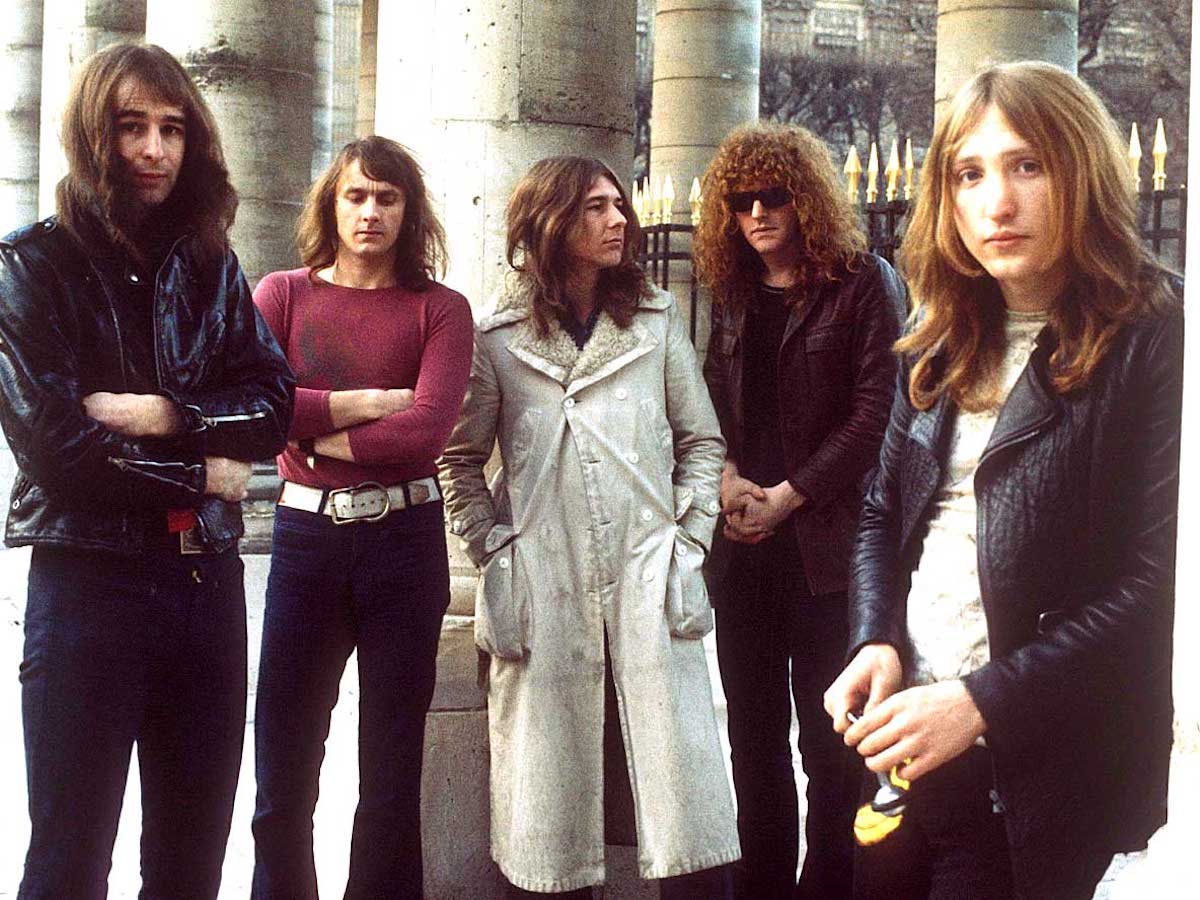 At first, Mott tried to self-produce the album, but that didn’t work out. So they brought back Guy Stevens to save the day. Stevens helped form the band — serving as the producer of their first two albums and as manager. After the second record didn’t sell as well as hoped, Mott canned him and produced their third album Wildlife themselves. They fired him again after Brain Capers. Despite his struggle with alcoholism — which ultimately proved fatal — Stevens went on to work with The Clash and served as producer of their most-lauded album London Calling.

Keep the Clash connection in mind when listening to Brain Capers. This is a similar effort, though truthfully, Capers is a more dangerous, hard-rocking album than London Calling. Case in point: The opening track is called Death May Be Your Santa Claus. It’s cool, dirty — and 1,000 times better than Exile On Main St. The guitars were obviously so damn loud in the studio. There’s no way to get Ian Hunter’s vocals all the way above them, but it’s better this way. It’s punk rock akin to New York Dolls — but a full year before that band put out their debut album. The song ends with a fantastic “Woooo!”, picked up by one of the mics. I couldn’t agree more. It sums up the reason young people start bands. It’s that feeling.

This is a band that follows that up with a Dion cover. Your Own Backyard even has acoustic guitars. It’s no ballad, though — sort of like something from Bob Dylan’s Highway 61 period: Acoustic guitars, rock drums and that distinctive organ. Dion wrote a lot of songs about addiction, this is a great one.

This album represents Hunter’s coming-out party as a songwriter — I swear — but first, there’s another cover. Track 3 is Darkness, Darkness written in 1969 by Jesse Colin Young (Perry Miller) for his band The Youngbloods. The Hoople were among the first to cover it — the first of many, including Robert Plant, Eric Burdon, Screaming Trees, Golden Earring and Cowboy Junkies. This is a curious song, for the record. The song is distinctly ’60s — until about a minute in when you’re reminded of the power and impatience of Mott. They give a short burst at the end of the first verse, as a tease. It almost sounds like something from the first Led Zeppelin or Rush albums. It does indeed descend into this heavier vein for the final two minutes of the song. 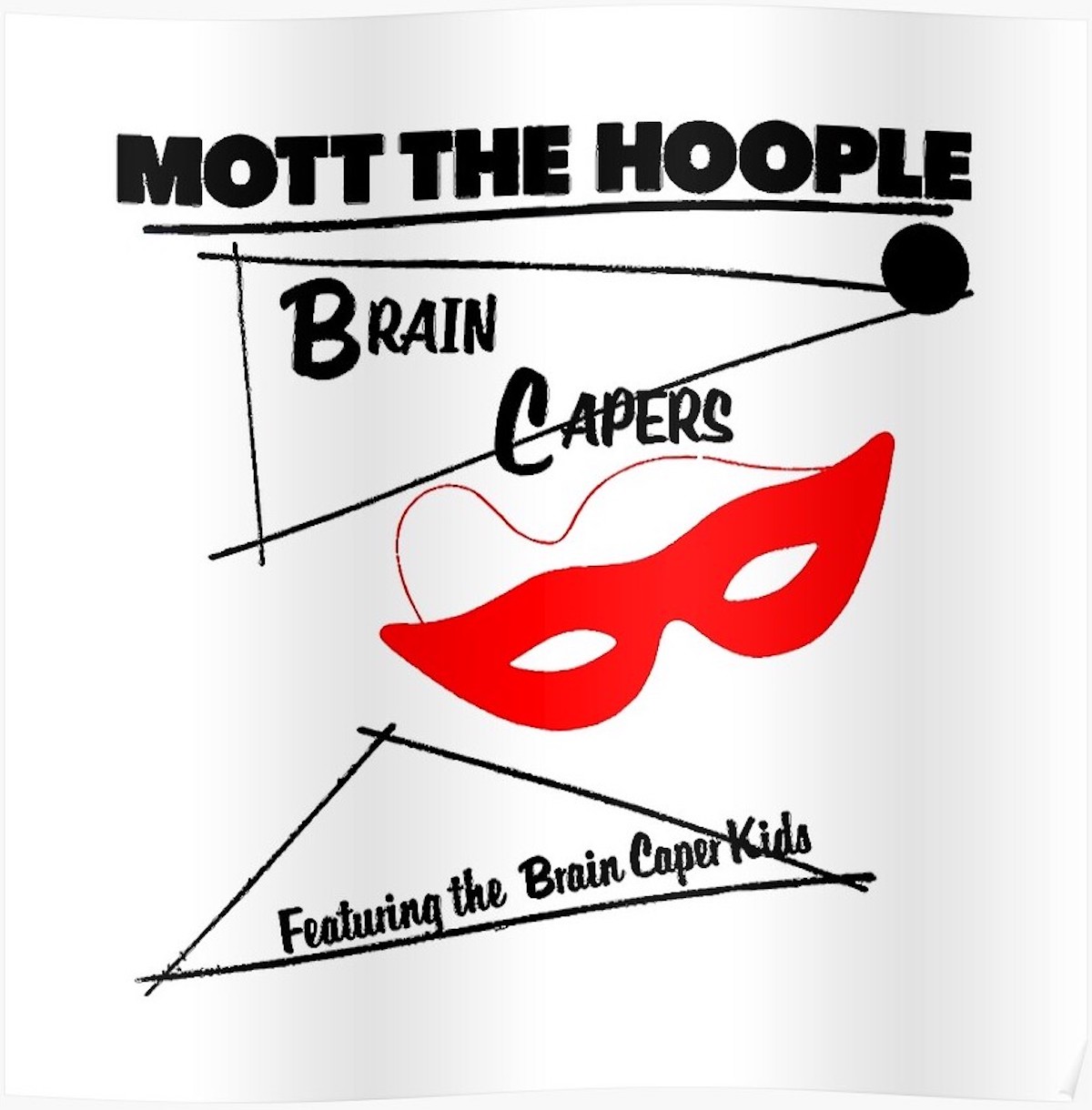 The rest of the side is filled up with the eight-minute The Journey. Despite its name and length, this is no prog-rock song. It has an F-bomb and is more like a sort of glam Deep Purple, without the annoying vocals. And eight minutes isn’t even enough. While they don’t call it The Journey Part 2, that’s essentially what the last song on Side 2 is, except with a better title: The Wheel of the Quivering Meat Conception. If I owned a scented candle company, Quivering Meat Conception would be the name of my latest variety.

Side 2 does something I love — it begins with a banger. Sweet Angeline is the closest thing to classic/typical Mott. Piano instead of organ and Hunter’s characteristic strained vocals. It’s kind of like Dylan meets Alice Cooper. This is one which Hunter kept in his set. You can hear a solid version of it on the double live album Welcome To The Club from 1980 — featuring Mick Ronson in place of Mick Ralphs.

Next is keyboard player Verden Allen’s ballad Second Love. His only other writing credit on the album is co-penning the opening track with Hunter. This is a classic ’70s ballad, a little Elton Johnish, mixed with Dave Davies. It even has trumpets! Hunter is really into this one, though and gives a wild vocal performance.

The penultimate track is Hunter/Ralph’s The Moon Upstairs. I think this is my favourite. It’s Deep Purple again, this time mixed with Lynyrd Skynyrd and Judas Priest. You’ll feel like you’ve heard this before. That’s just because it really works and is perfectly sequenced on the record.

Incidentally, the album title means nothing. There were three working titles: AC/DC, Brain Damage and Bizarre Capers. The band scrapped the first and combined the other two. Maybe someday I’ll convince my own band to cover the whole album and call it Bizarre Damage. 4/5