Home Read Albums Of The Week: KISS | Creatures Of The Night 40 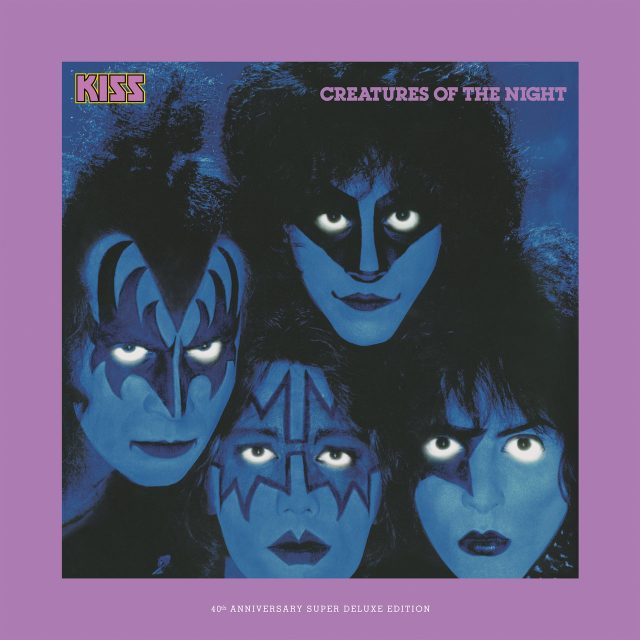 THE EDITED PRESS RELEASE: “Celebrating its 40th anniversary, Creatures Of The Night from 1982 is a seminal album in the KISS catalog. It crushed fans’ expectations with a huge, back-to-rock sound and has become a fan favorite and cult classic.

Having rechanneled their efforts into consciously making a return to the hard rock that they were known for, KISS — Paul Stanley, Gene Simmons and Eric Carr — unleashed Creatures Of The Night in October of 1982. In addition to a harder sound, the album is also noted for its heavier, darker mood. The single I Love It Loud has been performed on nearly every subsequent KISS tour, while War Machine, the ballad I Still Love You, and the title song also featured heavily in their live sets for a number of years. Also of note is Killer, which featured the group’s first songwriting collaboration with their soon-to-be-guitarist Vinnie Vincent. Creatures Of The Night received accolades in hard-rock and guitar magazines that named it one of the best albums of 1982, and has attained Gold Album status (sales of 500,000+). 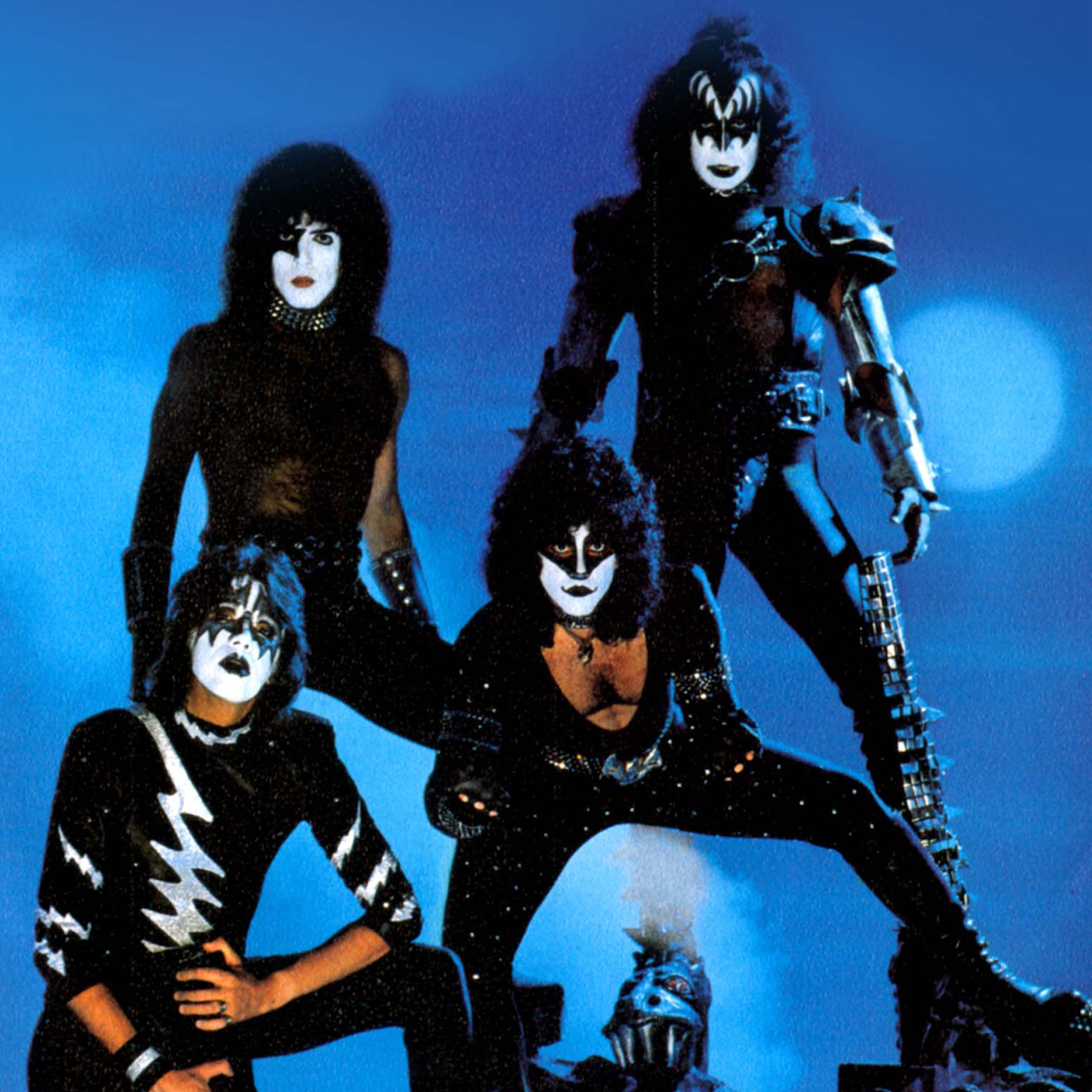 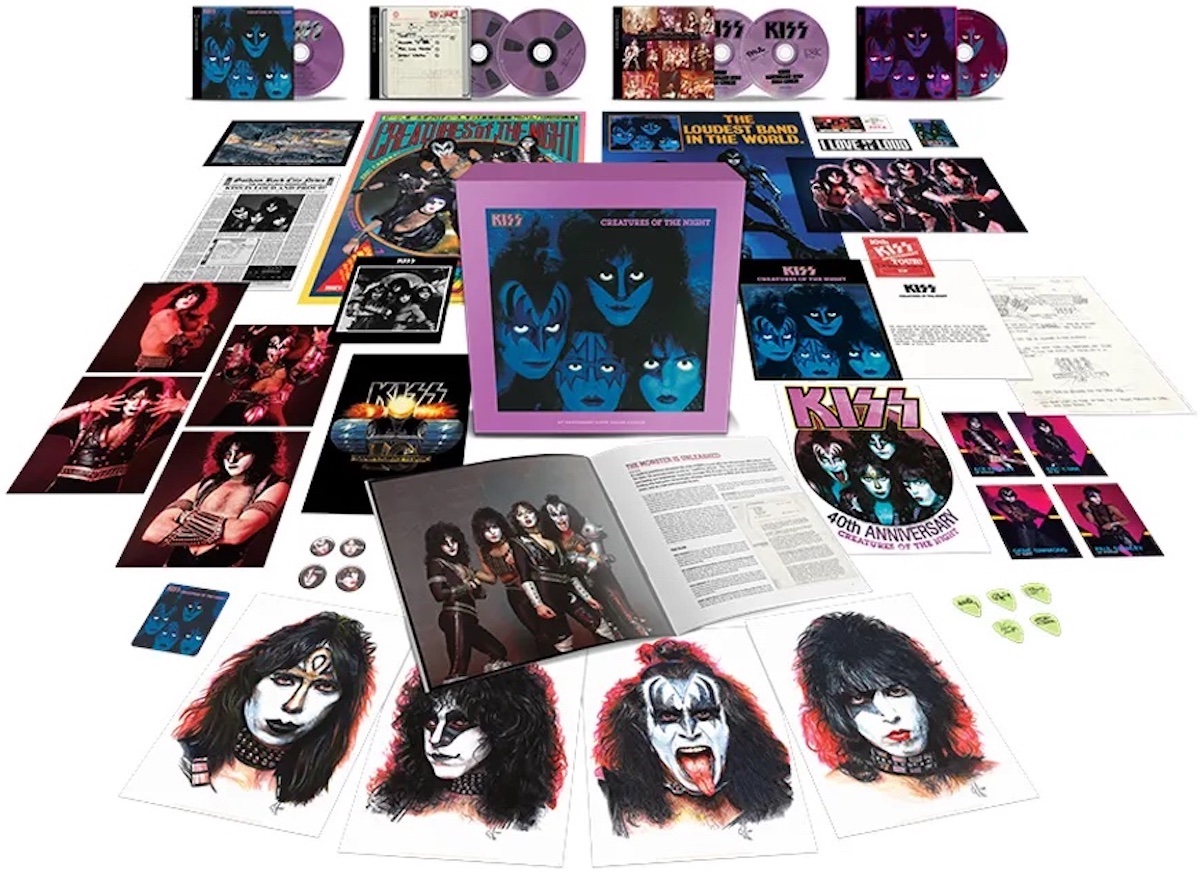 The Creatures Of The Night 40 Super Deluxe Edition boasts 103 total tracks with 75 tracks being unreleased. Newly remastered on CD 1, the original album has never sounded better. CDs 2 & 3 feature 34 demos, rarities & outtakes including unreleased gems such as Deadly Weapon (Penny Lane Demo), Not For The Innocent (Demo) and Betrayed (Outtake). CDs 4 & 5 highlight 26 live soundboard recordings from the Creatures ’82/’83 Tour and seven tour sound effects, all recorded and archived by the Creatures Tour sound engineer Harry Witz. The Blu-ray Audio disc showcases a first-ever Atmos and 5.1 surround mix from the original album multi-tracks, plus the high-resolution, newly remastered 1982 stereo mix of the original album.

Creatures Of The Night served as the band’s last for longtime home Casablanca Records and was dedicated to the label’s founder and early supporter Neil Bogart, who passed away during the recording of the album. The underrated nine-song set marked the band’s return to unabashed heavy rock and saw the emergence of second lead guitarist Vincent, even though his work was initially credited to Ace Frehley, who departed the band after the album’s release and appears on the cover for contractual reasons.” 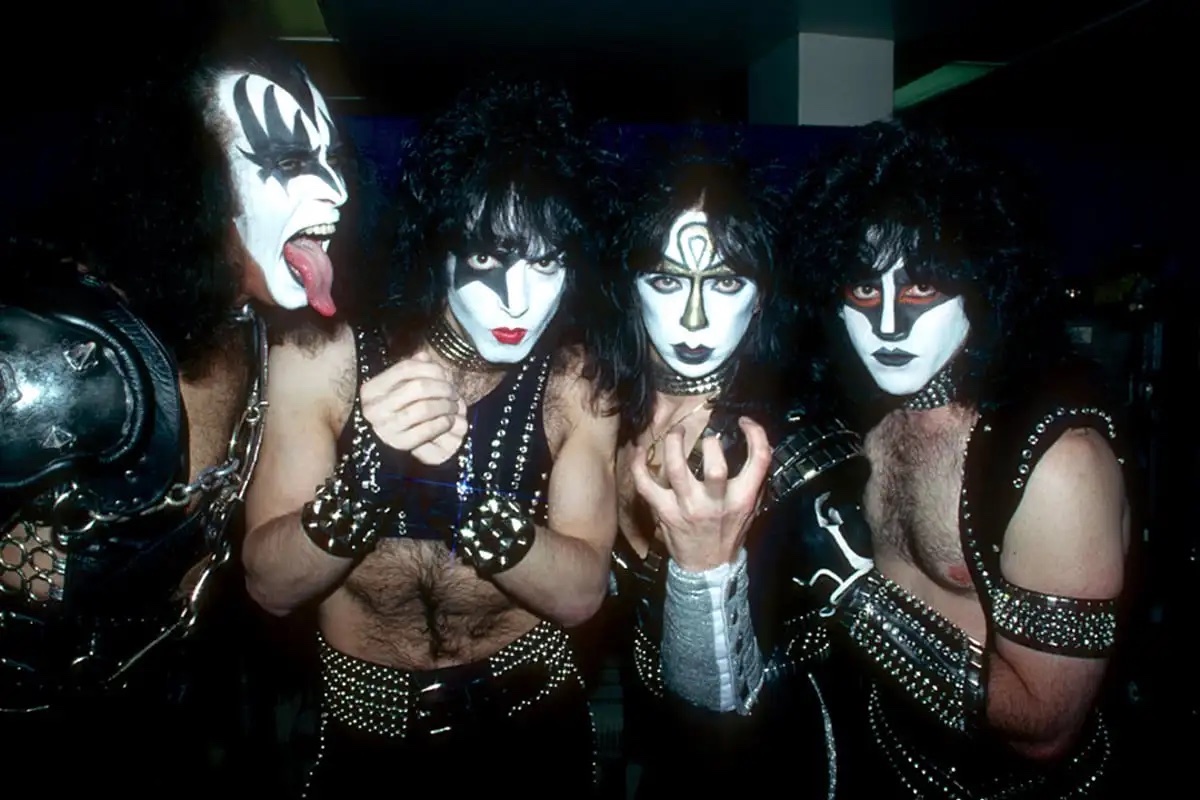