Home Read Now Hear This: The Streetwalkin’ Cheetahs | All The Covers (And More) 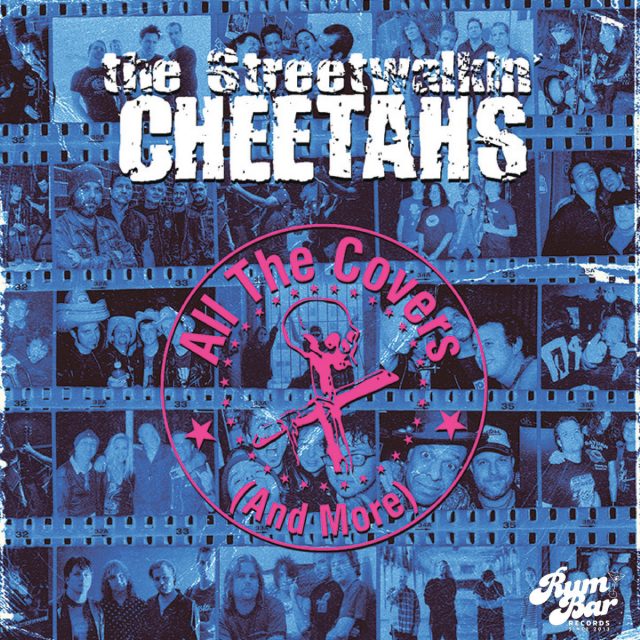 THE EDITED PRESS RELEASE: “Considering The Streetwalkin’ Cheetahs started as a for-kicks cover band playing songs your average music fan doesn’t know, it is only fitting we would finally release a collection of all the cover tunes we recorded over the years (1995 to present day).

When we started in 1995 Los Angeles, the music scene was full of shoegazer alternative acts staring at the floor not moving a muscle on stage. So being a band that played little-known songs by The MC5, Iggy And The Stooges, The Runaways and The Dead Boys seemed like a sure-fire way to rock our way into complete obscurity at this time. But what we didn’t realize is that most kids in Hollywood had never seen genuine high-energy rock ’n’ roll at that time, so quickly word got out there was this motley crew of outsiders that was blowing the doors off all the bigger bands they were opening for.

Our first handful of gigs were at a club called the Coconut Teaszer in Hollywood, mainly known for up-and-coming hair metal bands or hosting ’60s/’70s rock stars past their prime. Ironically, we opened for my roommate’s Black Sabbath tribute band for the first three gigs in a row. Around that time, we saw Cherie Currie of The Runaways play at the Teaszer and gave her a flyer to our show there the following week. Shockingly, she showed up! Even more shockingly, she jumped up and sang her hit Cherry Bomb with us. Word spread and we built a following fast. Thank you, Cherie! She really did kickstart our career. 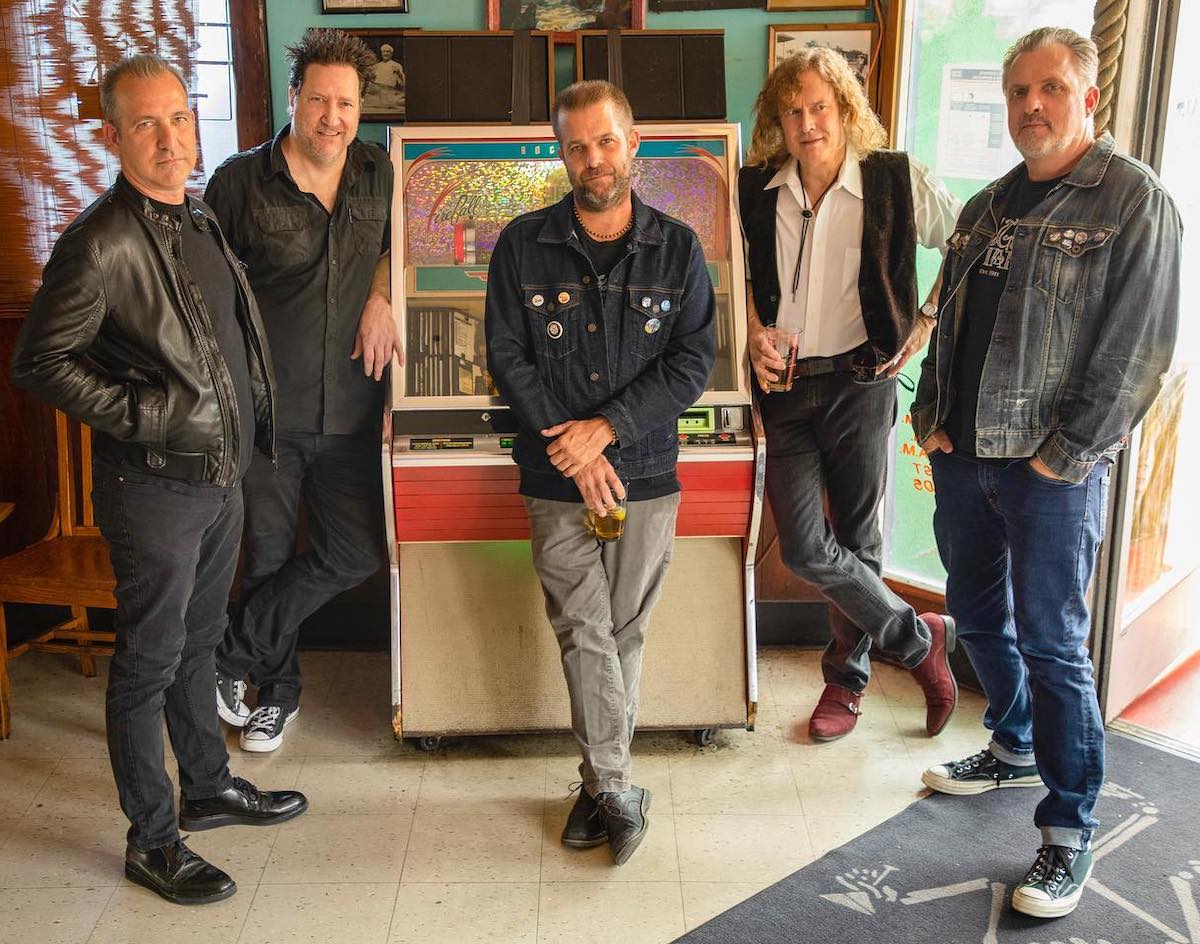 Over those early gigs, we honed in on our sound and style and even started writing some of our early originals, designed to be in the vein of the songs we were covering. These covers were the songs we grew up on, the songs we loved, the songs that inspired us, and the songs that reminded us to stay true to who we were. So, as we began writing our own songs (Built For Speed, None of Your Business and December In A Day were among the earliest), we knew exactly what we should like. Everyone says we sound like The Stooges meets Cheap Trick, or The MC5 meets Dead Boys, right? Well, look at how many songs we covered by those bands on this collection alone. Makes sense, huh? We are who we eat.

It was also at the Coconut Teaszer where we were discovered by indie-rock empresario Greg Shaw of Bomp! Records. I had been writing liner notes for Bomp!’s Stooges rarities series The Iguana Chronicles and asked Greg to come check out the band. He showed up with a cute girl half his age and it looked like they’d been having quite a good time. After the set, Greg came up to me all excited and said he loved all the songs and asked if we had more like them. I honestly wasn’t clear on whether he realized that they were mostly covers or not, most of them from artists on his label at some point! But he seemed sincere, so I said, “Sure we do” and ran backstage to tell Dino, Art and my brother Breckin (the original lineup), “It looks like we just got signed!!!! But we need to write an album’s worth of material that sounds like all the covers we’re doing!” While we did that, first we released some of the demos I had been working on — including the sessions and outtakes with Wayne Kramer here — as the Heart Full Of Napalm EP, and soon after issued our debut full-length Overdrive, which was all the originals we’d written in that first year of the band. 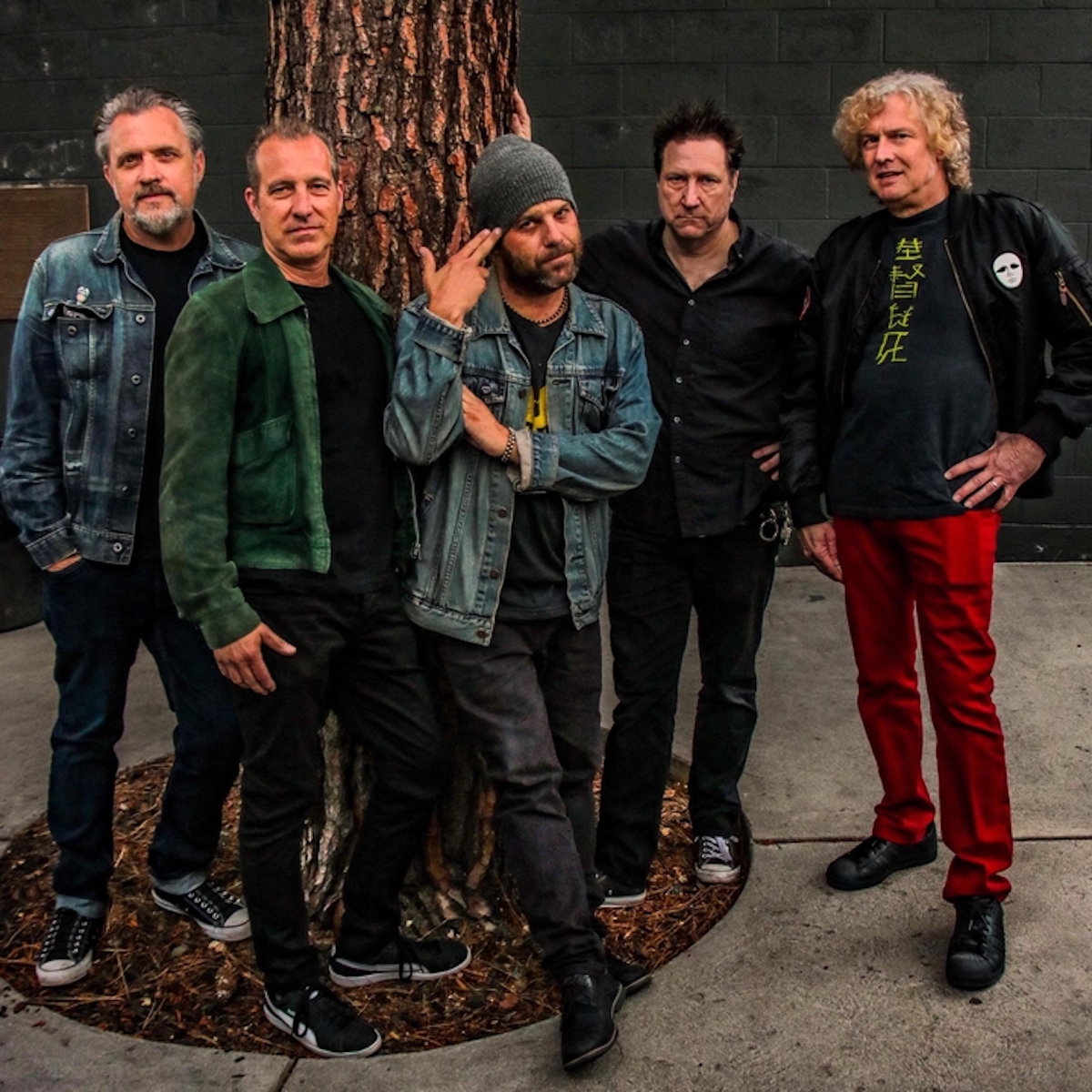 Because we started playing covers and got signed based of this passion, it was always very important to us pay homage to those songs and artists along the way. Any chance we got we recorded covers. We’d cut one for most every album, or as a B-side, or appear on a tribute album (we were whores for those, they paid!), or play a few when we were on the radio, and so on. Hell, even our very first four-track cassette demo consisted of half cover songs (they appear here). Because of this love for our heroes, we also made it a habit to team up with or back up any musicians we could that we were fans out. This could happen in the studio, this could happen on tour, this could happen during a jam session. So over the years there’s was a number of recordings of us playing alongside our heroes, such as Wayne Kramer (MC5), Cherie Currie (Runaways), Sylvain Sylvain (New York Dolls), Jimmy Zero (Dead Boys), Deniz Tek (Radio Birdman) and so on. All that stuff is on All The Covers (And More).

So now it kinda makes sense why we called ourselves The Streetwalkin’ Cheetahs, right? No, we were never a Stooges cover band. We were just covering songs from that era and in that spirit early on, so we figured anyone who recognized that name would know where we were coming from. Enjoy the songs that inspired us to be a band in the first place. We do our best to try to live up to the quality or attitude of the original artist, or at least put our own spin on it. Yeah, since it’s some of its live, there’s tons of sloppiness and bad cords and all sorts of shit. We didn’t fix anything. Warts and all. I think you can hear how much we enjoyed playing these songs and our love for these incredible artists shines through. Hopefully there’s even a few songs here by artists you haven’t heard before and we inspired you to check ’em out. That’s the best part about music. It never ends. There’s always more. — Frank Meyer”