Home Read News Sultans of String Have Plenty To Celebrate 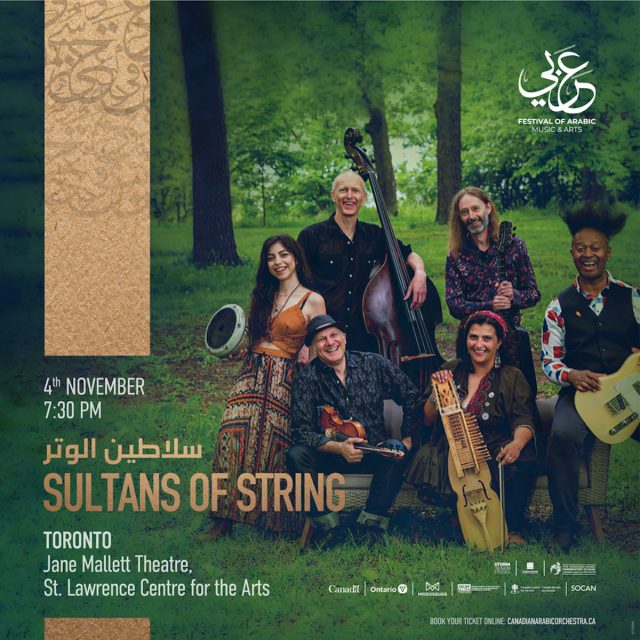 Sultans of String have two reasons to party right now — and you’re welcome to join the celebration.

The event, part of the Canadian Arab Orchestra’s Festival of Arabic Music & Arts, will feature the core Sultans of String (violinist Chris McKhool, guitarist Kevin Laliberté and bassist Drew Birston), as well as many of the special guests from their latest album. Artists include singer Leen Hamo and clarinet player Majd Sekkar, both of whom came to Canada as refugees from Syria. Other participants include Padideh Ahrarnejad performing on Persian tar, Naghmeh Farahmand from Iran playing percussion, Donné Roberts singing in Malagasy, and Saskia Tomkins performing on a rare string instrument from Sweden called the nyckelharpa. Tamar Ilana will sing in Spanish and perform a flamenco dance. Joining virtually will be Turkish string group Gundem Yayli Grubu and others, in a spectacular integration of sound and light.

Creating this collection of songs from the global diaspora is personal for bandleader and violinist McKhool. “My family name would have been pronounced Makhoul back in Lebanon, but when my grandfather arrived in 1903, as a stowaway on a ship, he probably encountered a Scottish border guard that thought it would be nice to give the spelling a Scottish flair, hence the oddball spelling for a Lebanese name,” McKhool explains. “These first Lebanese to Canada and the U.S. came with no money in their pockets, but with a tremendous drive to succeed. My grandparents saved up and opened a restaurant in Ottawa called the Laurier Tea Room, which did booming business after the war. The Sanctuary song Hurricane is an ode to so many who came to the New World, planning to work hard and save up enough to bring their loved ones over.”

One of the singers on Sanctuary, Yukiko Tsutsui, says “We need this uplifting music … a gift for people from all over the world to get to sing together and play together. It is so moving. The music has no borders. We feel good, and we feel love, that is the amazing thing about getting together to play music, feeling the strong emotional bond between players and audiences and we are sharing a beautiful moment and that is a very big part of the meaning for me, that people from all over the world can get together and share the music and the moment and love together.”

Combining elements of Spanish flamenco, Arabic folk, Turkish strings, and French Manouche Django-jazz, and a core musical vision that societies derive strength from diversity, Billboard-charting Sultans of String come together with artists from around the globe with a unique mosaic of melody, vocals and strings. All are masters of world music that tell the story of how to communicate with others through the global language of music. 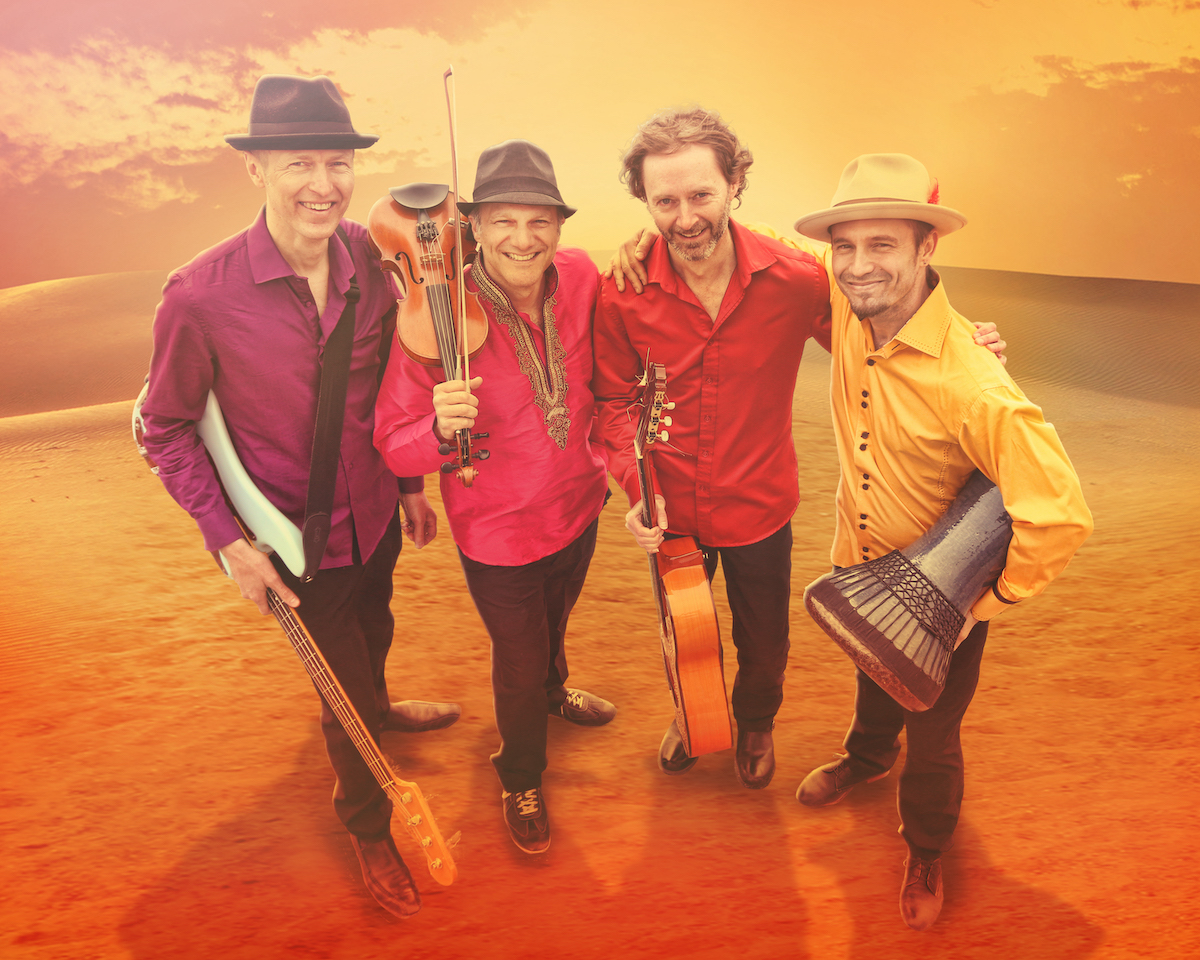 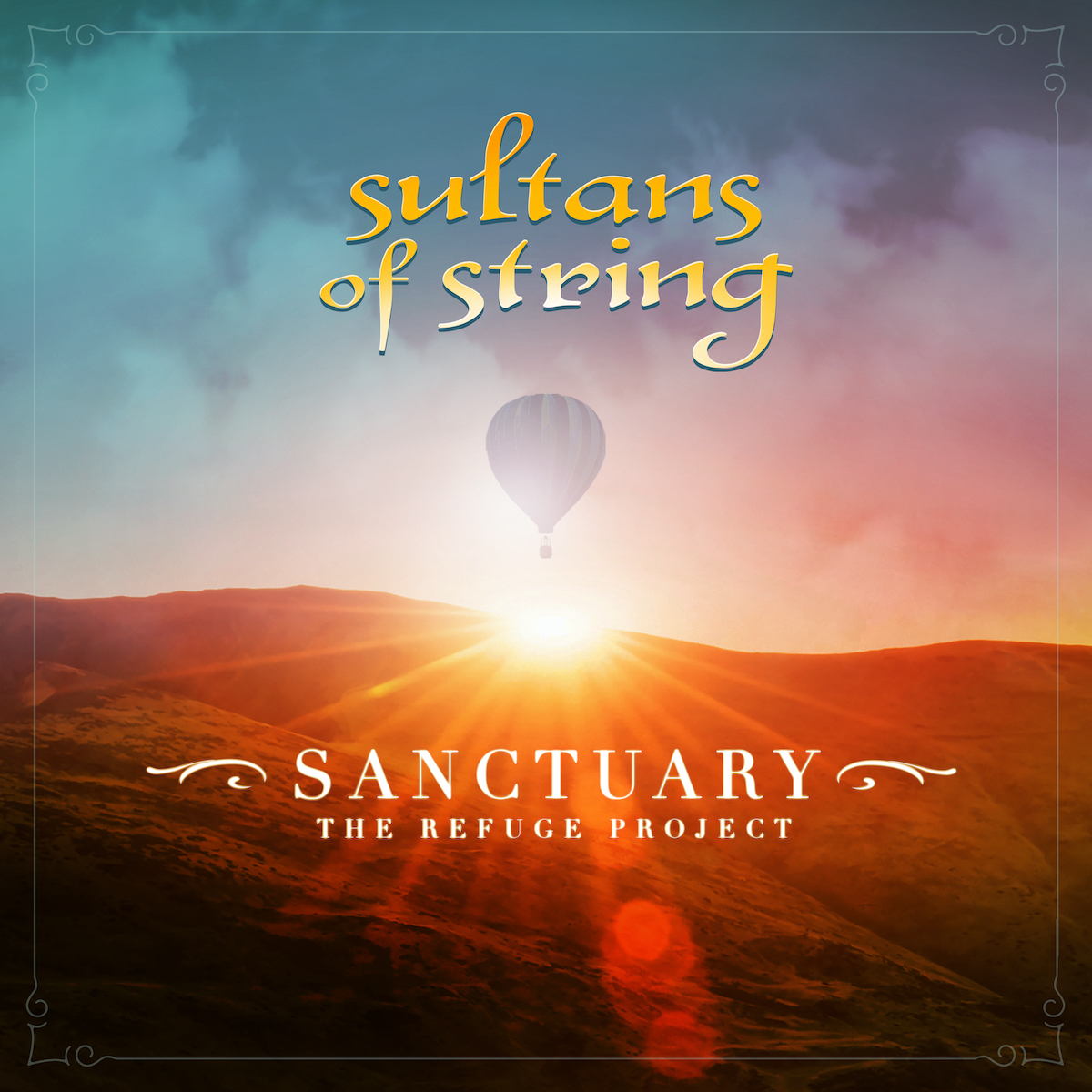