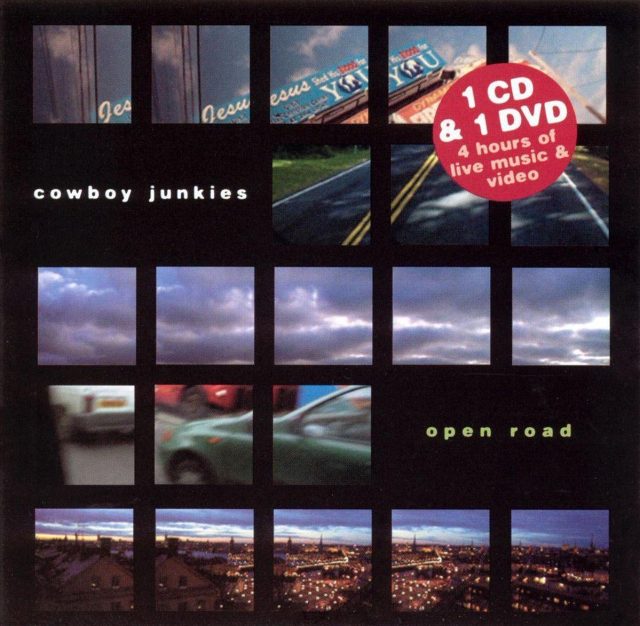 Some bands thrive in the recording studio. Others always seem to be at their best onstage. For much of their career, Toronto’s Cowboy Junkies have seemingly aspired to the former group. But it’s only lately that they seem to have embraced their membership in the latter.

Thus it is that barely two years after their last live CD Waltz Across America, the rootsy narco-balladeers are back with another set of recordings from the endless road. Here’s the new twist, though: With Open Road, you can watch as well as listen. One half of the two-disc set is your standard live album, with 10 tunes both new (Bread and Wine) and old (Murder, Tonight, in The Trailer Park) recorded during their 2001 Open Road tour — including a version of Anniversary Song from their Winnipeg Folk Festival appearance that summer. The other half of the set, though, is the good stuff. It’s a DVD with nearly three hours of footage, including a spot-on live set taped for TV in Quebec City; an illuminating interview with singer Margo Timmins and her guitarist-songwriter brother Michael; an intimate live performance by the pair at a benefit concert; and a lengthy, informal video diary of their tour. It’s a long Road, granted, but it’s an enjoyable trek nevertheless.