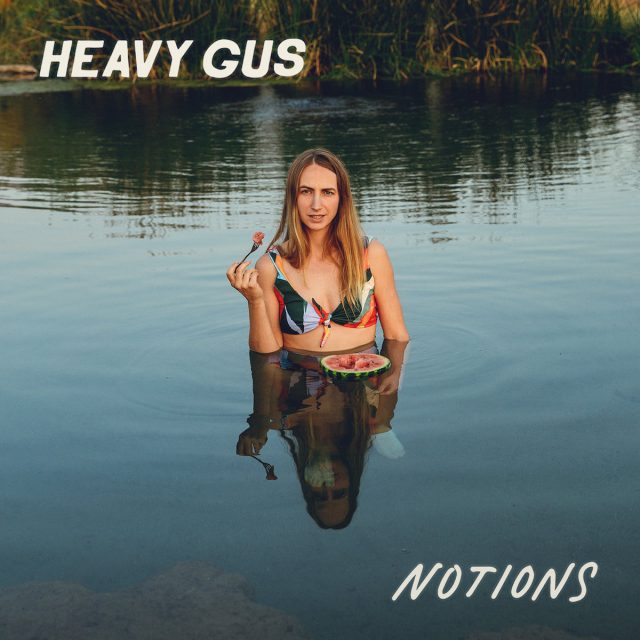 THE EDITED PRESS RELEASE: “California trio Heavy Gus are led by singer-songwriter and guitarist Dorota Szuta, along with multi-instrumentalist Stelth Ulvang of The Lumineers and percussionist Ryan Dobrowski of Blind Pilot.

The band took shape during the pandemic when songwriting couple Uvlang and Szuta (a marine scientist who also has a background in music playing with Laura Gibson and Gill Landry) took a socially distanced road trip to Nashville — picking up Dobrowski in Colorado along the way — to record at The Creative Workshop.

The resulting collection of songs blur the lines between grungy garage band fare, hazy desert surf and dreamy, sun-soaked indie rock. Their debut offering Notions calls to mind everything from Meat Puppets and The Breeders to Yo La Tengo and Acetone in its artful balance of hope and fatalism, loneliness and desire, strength and vulnerability. 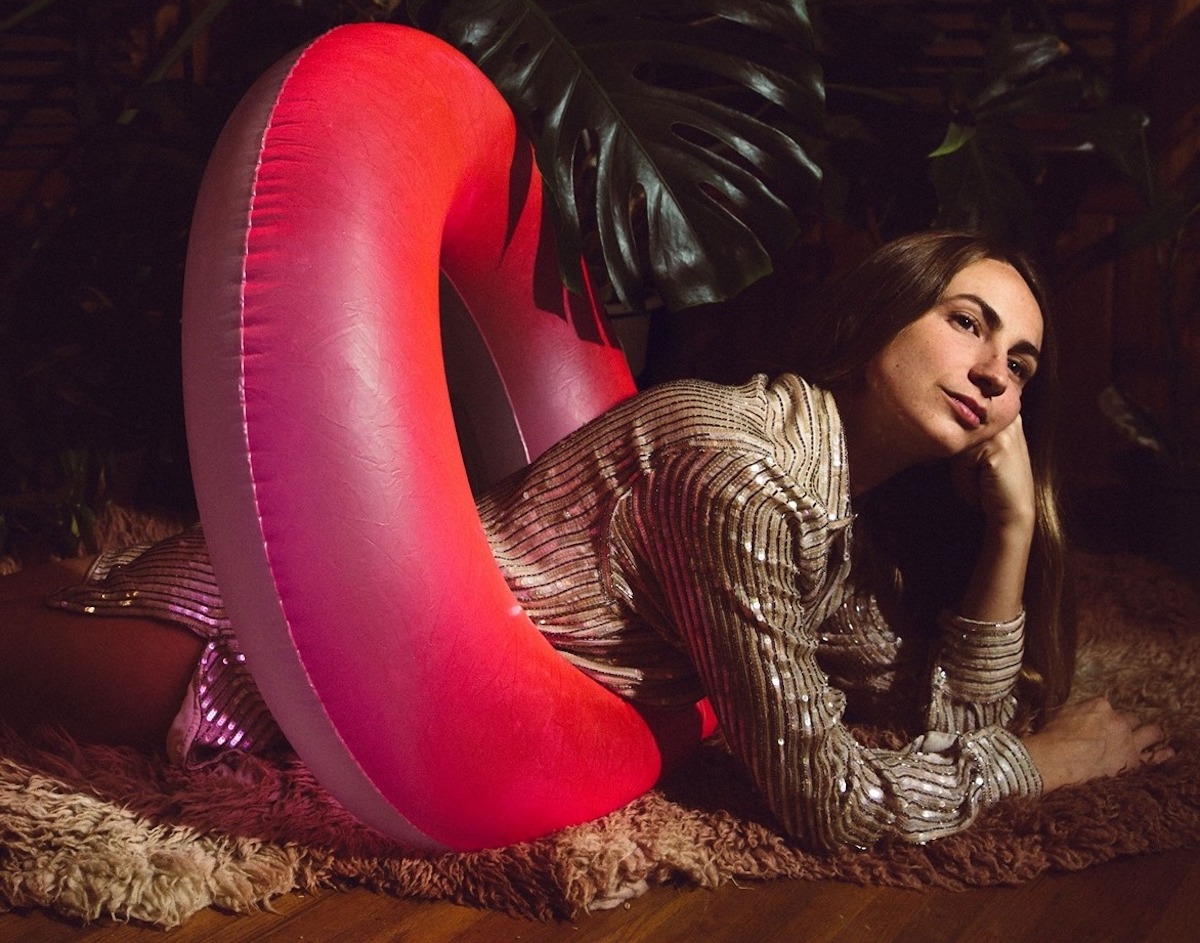 While all three bandmates came to Heavy Gus from very different worlds, they fit together like puzzle pieces here, bound by the kind of love and trust that can only grow from years of deep kinship. Notions was engineered and mixed by Parker Cason (Margo Price, All Them Witches, Coin) and mastered by Pete Lyman (Chris Stapleton, Jason Isbell, Brandi Carlile).

Heavy Gus emerged last year with the psychedelic-tinged Do We Have To Talk?, a track about the intimacy in words unspoken and reaching out for the comfort of a physical connection. Earlier this year, they shared the long-distance-love-song Dinner For Breakfast, a droning, bittersweet, reverb-drenched reflection on longing and separation that ultimately finds a reason to hold on in even the darkest of moments.

Before the album’s release, the group also shared the single Weird Sad Symbol along with the accompanying video directed by Ben Fee. The video was shot in one take and shows Szuta singing through a montage of pesky hecklers as she revels in resilience and survival. “I wrote Weird Sad Symbol as a joyous departure, while living in a damp garage in Santa Cruz,” Szuta said. “It’s a song about living in chaos and just rolling with it.” 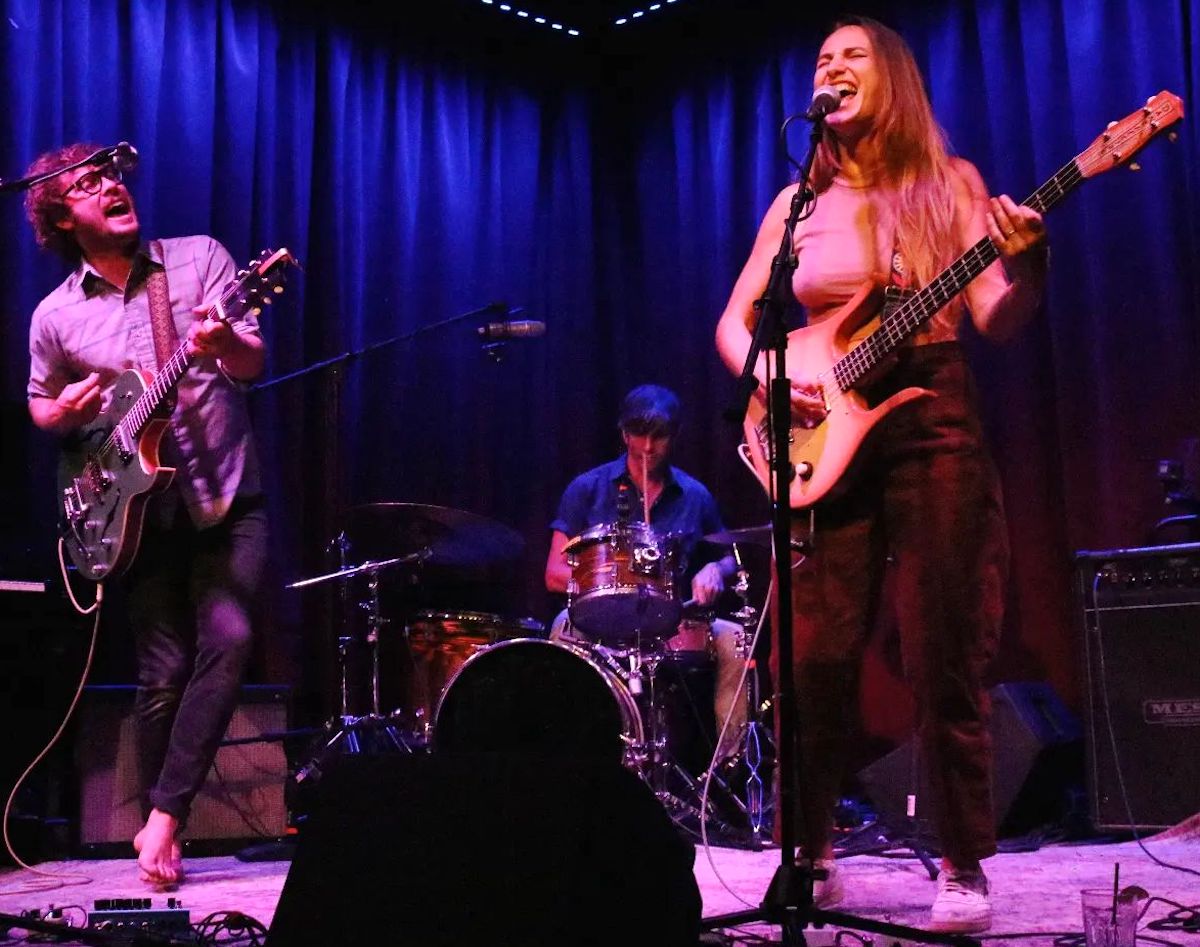