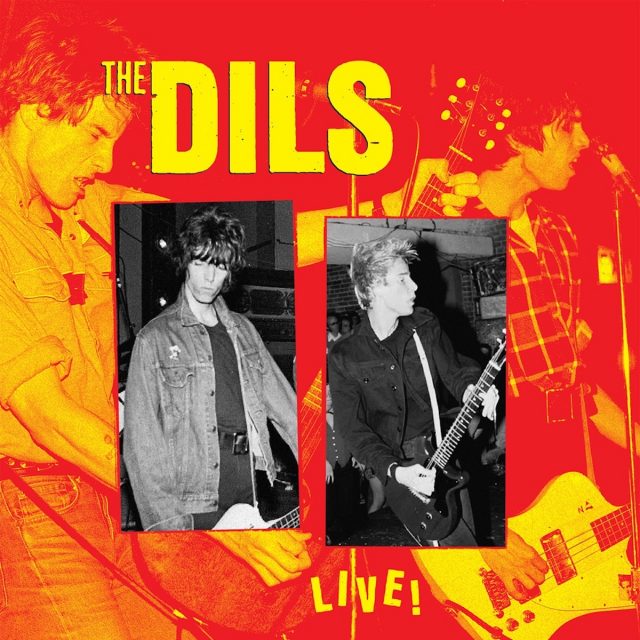 THE EDITED PRESS RELEASE: “The Dils’ Live! has been out of print for over 30 years — but that’s all in the past now. The fine folks at American indie label Porterhouse have not only reissued the California punk pioneers’ legendary live album from 1987 — they’ve also expanded it with 10 more songs to the collection to help celebrate its 35th anniversary. That means Live! now contains over 70 minutes of vintage Dils.

This 35th anniversary set features totally revamped artwork and a new insert that marries the original LP copy with rare images and liner notes from then-band manager Peter Urban. But the expanded edition’s greatest feature is a bonus CD containing a never-released set from March 20, 1978, recorded at a miners’ benefit show at Mabuhay Gardens in San Francisco. Remastered from the original 1/4″ analogue stereo tapes, the vinyl release includes a digital download, though the song What Goes On — a Velvet Underground cover — only appears on the bonus CD.

Hailing from Carlsbad in San Diego county, The Dils were one of the first punk bands on the West Coast. More than 40 years later, they are rightly considered groundbreaking and widely influential. Formed by brothers Chip and Tony Kinman in 1977, the band released three singles before moving to Austin, TX., where they formed Rank and File with Alejandro Escovedo, inventing cow-punk in the process.

In addition to The Dils, Porterhouse have released Ford Madox Ford, the final collaboration between the Kinman brothers before Tony’s 2018 passing. The band’s blues-punk sound delivers yet another Kinman twist, while their LP This American Blues showcases Tony as co-writer and producer.”