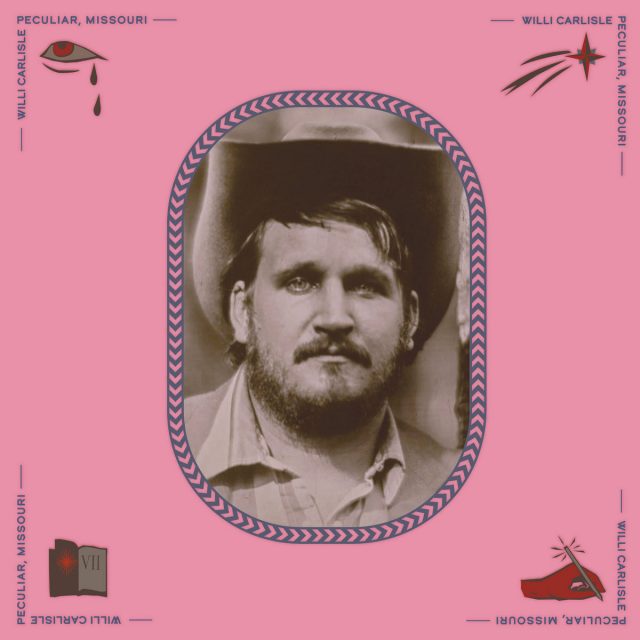 THE EDITED PRESS RELEASE: “Willi Carlisle is a poet and a folk singer for the people. Like his hero Utah Phillips, Carlisle’s extraordinary gift for turning a phrase isn’t about high falutin’ pontificatin’; it’s about looking out for one another and connecting through our shared human condition. And on his second album, the magnum opus Peculiar, Missouri, Carlisle makes the case across 12 epic tracks that love truly can conquer all.

Born and raised on the Midwestern plains, Carlisle is a product of the punk-to-folk pipeline that’s long fueled frustrated young men looking to resist. After falling for the rich ballads and tunes of the Ozarks, where he now lives, he began examining the full spectrum of American musical history. This insatiable stylistic diversity is obvious on Peculiar, Missouri, which was produced by Grammy-winning engineer and Cajun musician Joel Savoy in rural Louisiana.

The songs range from sardonic honky-tonk barnburners like Vanlife to the heartbreaking queer waltz Life on the Fence. The album also imbues class consciousness in songs like Este Mundo, a cowboy border ballad about water rights, and the title track’s existential talkin’ blues about a surreal panic attack in Walmart’s Aisle 5. Though Carlisle’s poetic words evoke the mystical American storytelling of Walt Whitman, Carl Sandburg and e e cummings, ultimately this is bonafide populist folk music. Carlisle recognizes that the only thing holding us back from greatness is each other. With Peculiar, Missouri, he brings us one step closer to breaking down our divides.

Says Carlisle: “Nobody wants to be a rambler, not really. No matter how much the ‘ye olde folksinger’ aesthetic might boast it with hobo costumes and funny hats. Everyone wants to find home. You might get it twisted, and I wouldn’t blame ya: Most of the songs here are about traveling. But I wanna add a caveat: These are folksongs about people who don’t fit in, whose journey isn’t done, who are unsettled. Not because they wanna be. Because they have to be: The elderly cook on a chuckwagon, the wild-haired kid sleeping in his saddle, the two guys living in a van, the poet longing for the kiss of a dead general. 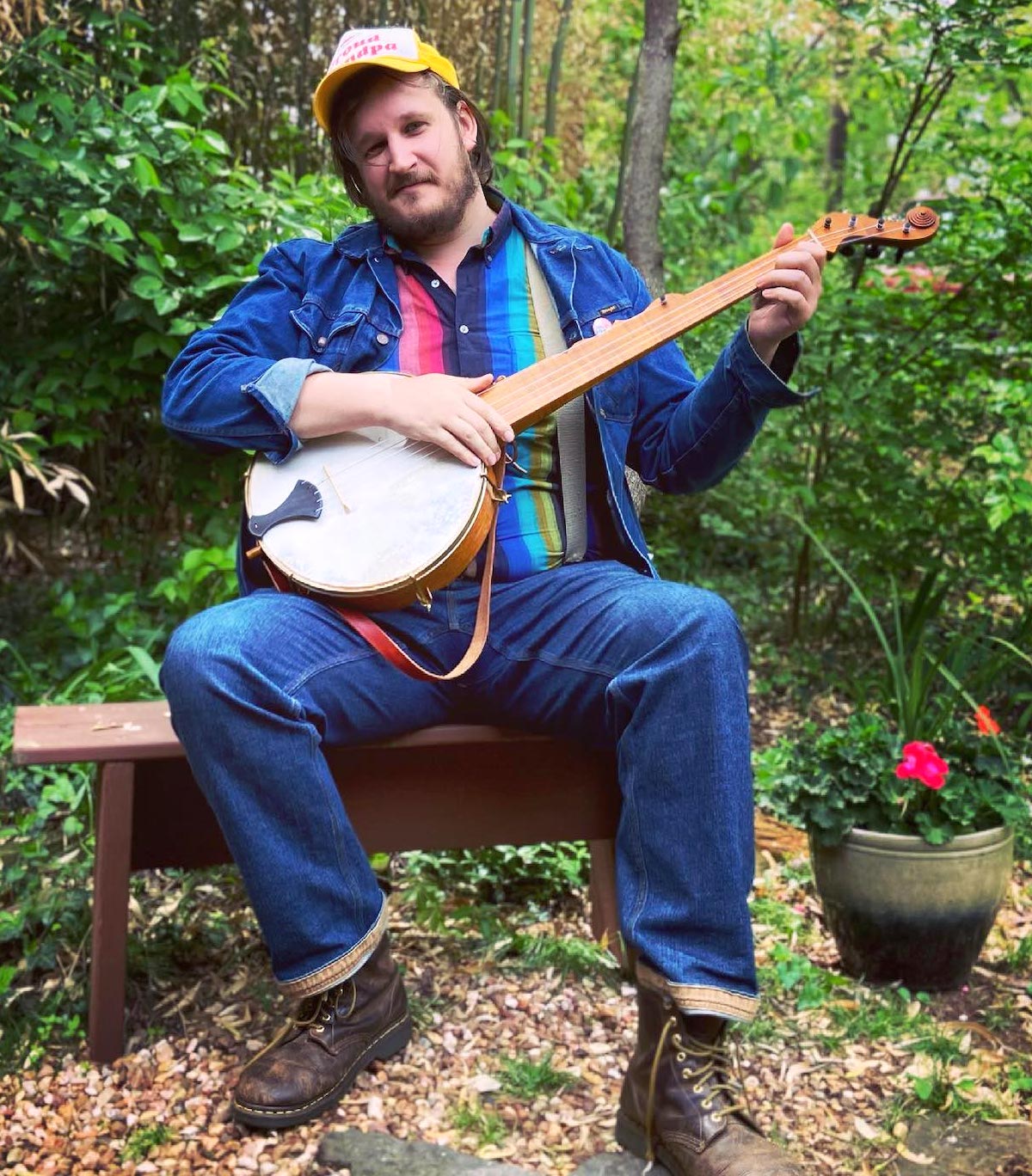 “I’m sure you know this discomfort. You lay down at night, and it reaches through your chest like a phantom limb. Do we deserve it? It reaches anyways, just past us. Sometimes it’s a fist, furious at what we lack. Sometimes it’s a law or a gun or a chemical, and we have to boogie. Amidst the great resignation and impending climate disaster, I hear the hundred-year-echo of migrations recorded and forgotten, the old spiritus mundi in the Arkansas pines. I hear the words of forebears who lit the way for us, the great-great-grand-so-and-so’s who forged our misery and our delight in genetic code and microfilm. The yowling bastards who got us into this mess never shut up. And we’re different than them, yeah? Thank Dog! But we did come from them. They gave us songs and slogans to repeat and befuddle and revise, and I wanna hear them, the tie-hackers ballin’ jacks, the street-corner hawkers, the cowboys yodeling, the archivists mumbling, the grandmothers opining long-dead lovers…

“…it’s like a miracle, this inchoate rushing, this river of history. It washes us towards the end, the big mystery. Are we bathed in its bloody backwaters? Todo pasa en este mundo. It rolls over us like a manic-episode and a makeout session, like the broad-shouldered lad at the square-dance. It crushes us like a covered wagon thrown from a skyscraper. But things ain’t hopeless, no, not yet! Not while we’re livin’.

“This record is in praise of those dead folkies whose honest seeking brought us this unsettling, awkward, fumbling epoch. I’m asking you, them, us: what is it that we can’t find? Who is there but us? Who else will make the world fair and just? We orphan ourselves, we drive sixteen hours, we break our bodies, we uproot whole continents in search of love, in search of our deepest human right. What foolishness! What violence! I foam and dance and sing, and look upwards for the shooting star.” 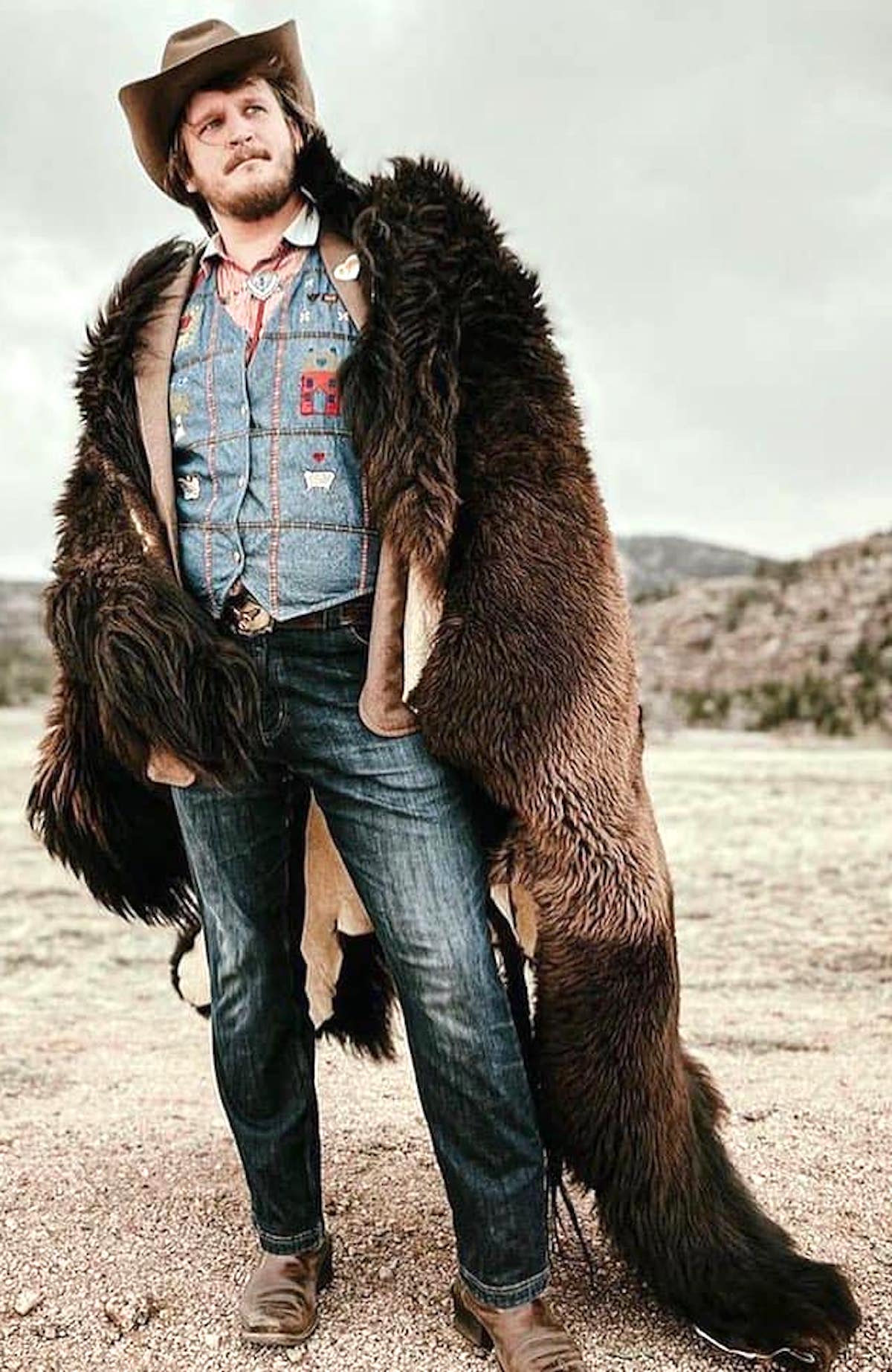