James Bay leaps, BARK go for the glory, Metric visit fantasy island, Spiral Stairs is on the attack, Viagra Boys cave and Neil Young serves toast. These are your plays of the week: 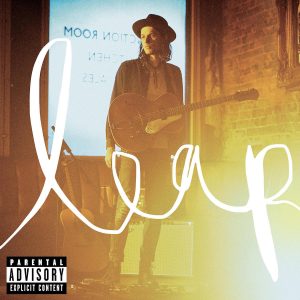 THE EDITED PRESS RELEASE: “For his third album Leap, BRIT Award-winning multi-platinum singer, songwriter, producer, and guitarist James Bay worked with some of the most sought-after producers and songwriters in a mixture of in person and remote sessions in Nashville & London including Dave Cobb (Brandi Carlile, Chris Stapleton), Ian Fitchuk (Kacey Musgraves, Brett Eldredge), Foy Vance (Ed Sheeran), Joel Little (Lorde, Taylor Swift) and Finneas (Billie Eilish). “In 2019 I was really struggling,” Bay confesses. I started writing songs to try and help me deal with fear, anxiety and problems with self-confidence. Feelings that run deep, that I’ve never wanted to share. Somehow, it all turned into some of the most hopeful and uplifting music I have ever made. I didn’t realize I was only halfway through making my third album when I came across John Burroughs’ quote “leap and the net will appear”. It was in a book about creative rediscovery and those words really sparked something in me. I was reading it because I was lost, feeling worthless. By 2020 I’d written a new batch of sad songs. I recorded them and thought the record was done. Then suddenly the world shut down and I couldn’t tour my new music. All I could do was stay home and write more. That’s when the album really started to take shape. It turns out there is light to be found even in the darkest moments.” 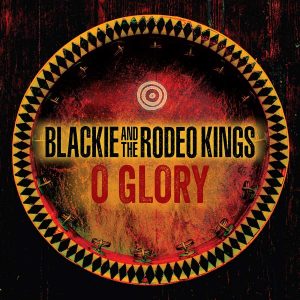 THE EDITED PRESS RELEASE: “If any band was uniquely positioned to withstand the impossible demands made by despicable COVID-19, it was Blackie and the Rodeo Kings. The proof is in their blazing 11th album, O Glory. While much of the planet struggled to find new ways of working, singer-songwriters and guitarists Stephen Fearing, Colin Linden and Tom Wilson coolly leveraged the flexibility that’s sustained them for 25 years, sheltering in their respective home bases of Victoria, Nashville and Hamilton, while using technology to bridge the chasm separating them from each other and from their rhythm section of Gary Craig and John Dymond. With Linden producing from his Nashville digs, Blackie and the Rodeo Kings wrote and recorded 13 alternately roots-rock, folk, country, and Americana-style songs, ultimately crafting what Linden confirms is the band’s most “spiritual and political” musical statement to date. Adds Fearing, “Like a lot of musicians, after the initial shock of the pandemic lockdown, the impetus became finding ways to connect with the world. Technology has come so far in the last few years, and it has made remote recording possible. I pounced on it. Colin gave me a lot of advice and took charge musically. It was then a matter of coming up with songs and getting them to each other.” 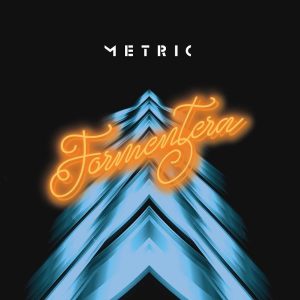 THE EDITED PRESS RELEASE: “Formentera, Metric’s eighth studio album, is named for an idyllic island near Ibiza off the coast of Spain — a place which, for Metric, only existed in a “dream destinations” travel book sitting on the desk of their recording studio. “We had been living in our imaginations for a long time, because we couldn’t physically go anywhere else,” explains guitarist and co-producer Jimmy Shaw. “When you listen to the album from beginning to end, you start with this immediate feeling of tension building, of being stuck in a loop, and then there’s this intense release that happens … you’re swept off your feet into the title track ‘Formentera’ and it’s like you escaped.” Emily Haines continues, “We came to this realization that it wasn’t even about an actual place anymore, it was about creating an escape for yourself in your mind because you’re powerless over so many things.” 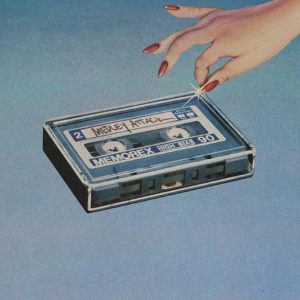 THE EDITED PRESS RELEASE: “They say that great art is often mined from great adversity, an adage that indie rock pioneer Scott Kannberg (aka Spiral Stairs) can attest to all too well given the raft of challenges he was forced to face down and overcome in the quest to assemble his sterling new solo album, Medley Attack!!! After more than 30 years in the game the Pavement co-founder had all but decided to pull the curtains on his career after finishing the European jaunt promoting his acclaimed 2019 album We Wanna Be Hyp-No-Tized. “I did my last shows in London in 2019, and I had this great show and kinda thought to myself, ‘I don’t really want to play again after this,” Kannberg explains. “This is great, this is a good way to end’. But after returning to his then-adopted hometown of Merida, Mexico on that high, turning off the tap of musical inspiration proved easier said than done. Songs started coming thick and fast, and it became quickly apparent that a farewell statement was in order — an album which would take the take the tally of his post-Pavement output to six LPs (the initial two as Preston School Of Industry and the next four under his long-held Spiral Stairs pseudonym). These songs both intrigue and delight as they burrow into your consciousness, with plenty of intricacies and embellishments in the margins that slowly unveil themselves with repeated spins. Kannberg has written more than his fair share of terrific songs over the journey, both for Pavement and his solo pursuits, and they’ve all been leading to this triumph (and supposed swan song).” 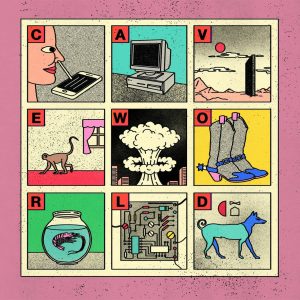 THE EDITED PRESS RELEASE: “In this time of strife, insanity and confusion, only one band is depraved enough to offer themselves up as herald. Like sin-eaters if sins had to be ingested from a very small spoon, Viagra Boys have consumed the utterly incomprehensible chaos of our era and distilled it into 12 immaculate tracks of post-truth-cow-funk-kraut-wave-enlightenment. This album is a pure feral attack and an absolute immense release. Viagra Boys are an unapologetically raw sextet comprised of classically trained jazz musicians, karaoke loving tattoo artists and seasoned hardcore scene veterans, churning out spastic, pulsating sounds from the sub levels of contemporary rock music — a bellowing, unstoppable force majeure of latter-day punk, PTSD disco and synthetically enhanced kraut. And as equal parts Iggy Pop and Hank Williams, singer and frontman Sebastian Murphy embodies all that which Viagra Boys are ultimately about; a fractured, perhaps disillusioned act, wrapped up and held together by inextinguishable bravado, explosive appearances and resourceful songwriting.” 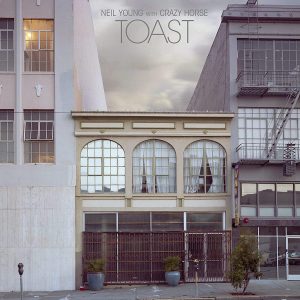 THE EDITED PRESS RELEASE: “Neil Young’s near-mythical 2001 studio album Toast was recorded at Toast Studios in San Francisco around the turn of the millennium and features Young’s legendary musical collaborators Crazy Horse at a ragged and thundering apex. For the past two decades, Toast has been whispered about in collectors’ circles in hushed tones, as Young has dropped pieces of information about it here and there, especially as it contains three never-before-released songs. Last year, Young wrote about the album in-depth. “The music of Toast is about a relationship,” he said. “There is a time in many relationships that go bad, a time long before the breakup, where it dawns on one of the people, maybe both, that it’s over. This was that time.” Aptly, Toast is heavy and distressed, brimming with electrifying tension. Even its sweet-sounding opening track Quit features the refrain, “Don’t say you love me.” Standing In The Light of Love and Goin’ Home let the Horse off the tether in fields of overdriven guitar; an out-of-work logger grapples with his faith on the breakneck Timberline; and on Gateway of Love, Young dreams of a less painful future over a hypnotizing 10 minutes, leading into the somber, brokedown How Ya Doin’? The songwriter sums up the album best during its shadowy finale Boom Boom Boom: “All I got is a broken heart, and I don’t try to hide it when I play my guitar.”