Jacob Brodovsky serves up a solitary slice of life in his melancholy new single Night Baker — premiering exclusively on Tinnitist.

The latest track from the Winnipeg singer-songwriter, guitar player, college radio host, and summer camp director, Night Baker paints a touching portrait of late-shift loneliness, following the footsteps of a nameless worker who doesn’t want the world to see him collapse in the wake of a bad breakup.

“When I first moved back to Winnipeg, I moved into an apartment a block away from a bakery with a big picture window facing the street,” Brodovsky explains. “Every night when I’d walk home from work, I’d pass by the bakery and see the night baker working away at all hours of the night. One night I just sat outside the bakery watching him work, thinking it must be a lonely job to have, and I wonder what kind of person would be attracted to such a job? I scribbled down this song creating a fictional backstory for this night baker.”

But at least one line in the richly detailed narrative — “The night baker finds another baked teenager on the doorstep asking for some bread” — is true, he admits. “Months later, after playing a previous version of this song for a pal who had grown up next door to the bakery, he told about how he and his friends would walk there at two in the morning and knock on the door to ask the night baker for fresh cinnamons to alleviate their munchies. That’s where the third verse about ‘another baked teenager’ comes from.” 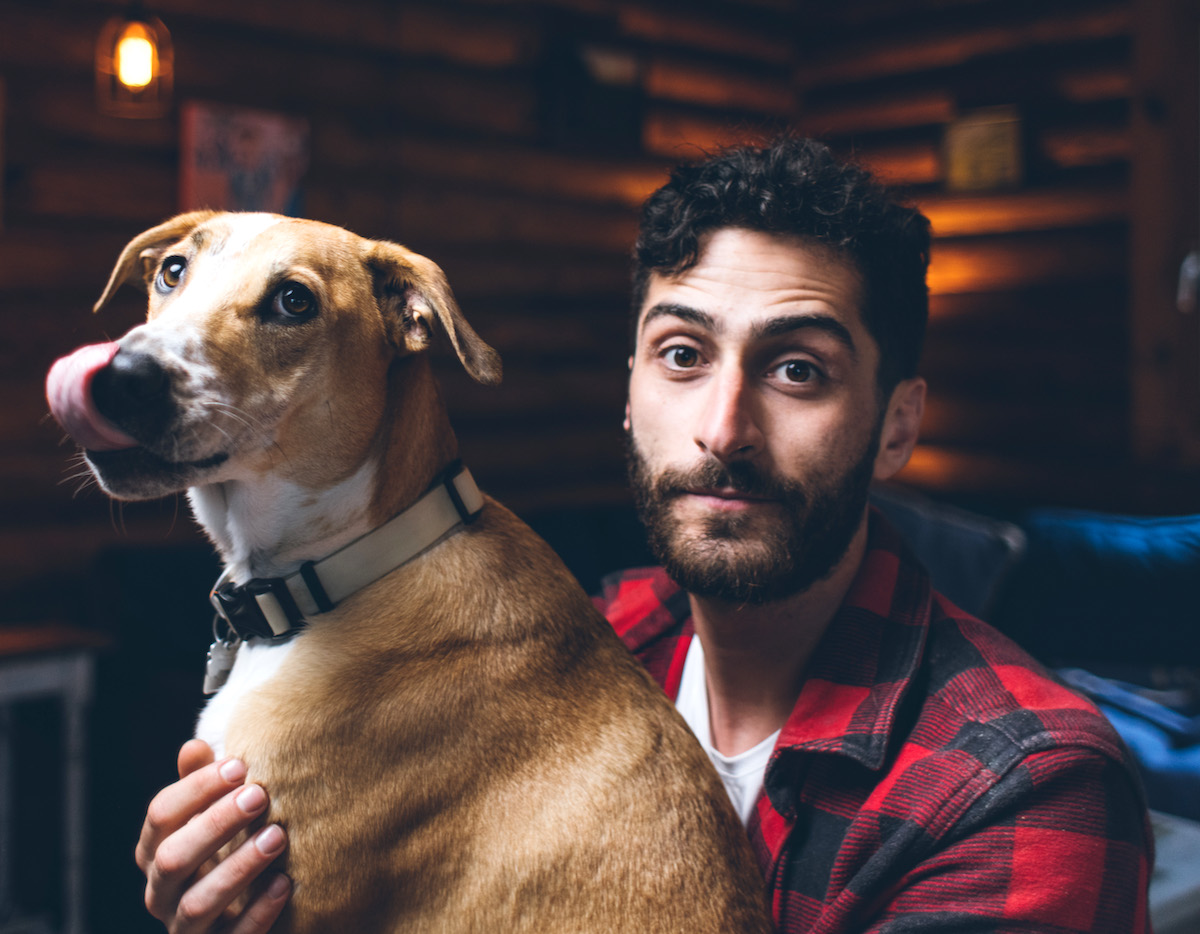 Voiced in Brodovsky’s reedy tenor and set to the strains of a folk-pop backdrop fashioned from a gently tugging guitar line, lightly thumped drums and sweet female backup vocals, the track wouldn’t be out of place on a mixtape next to Andy Shauf, Mountain Goats, Christian Lee Hutson or Brodovsky’s beloved fellow Winnipeggers, John K. Samson and Weakerthans. That latter comparison is no accident — Weakerthans’ drummer Jason Tait is behind the kit here, and he and Samson are credited with additional production on the track, which also features keyboardist Liam Duncan (The Middle Coast) and singer Sophie Stevens. While Brodovsky produced Night Baker, it was engineered by Tait and Duncan, along with Will Grierson and Art Antony at Traditional Grip Audio, the No Fun Club and Collector Studio. Grierson and Antony also mixed the song, which was mastered by Gavin Gardiner.

After years of playing in various bands (including the folk rock outfit Kakagi), Brodovsky released his debut solo EP Sixteen Years in 2019. A champion of Winnipeg’s local music scene, he hosts Let’s Play DJ — a weekly interview show where local musicians can talk about music they like — on local university station CKUW. He spent the pandemic recording his first full-length effort, and when he’s not writing songs, he runs a children’s summer camp with his wife in Lake of the Woods and spoils his rescue dog Mavis. 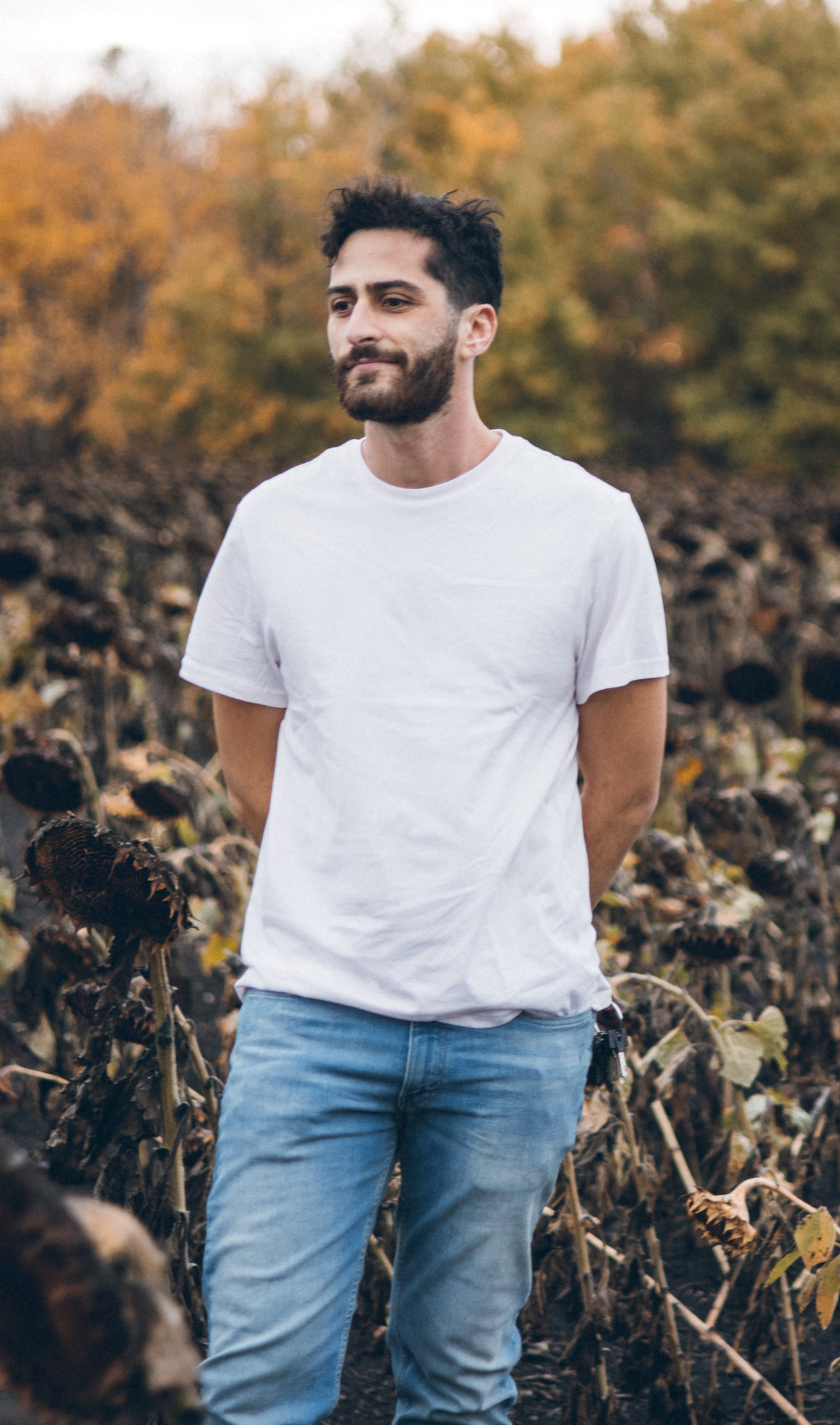 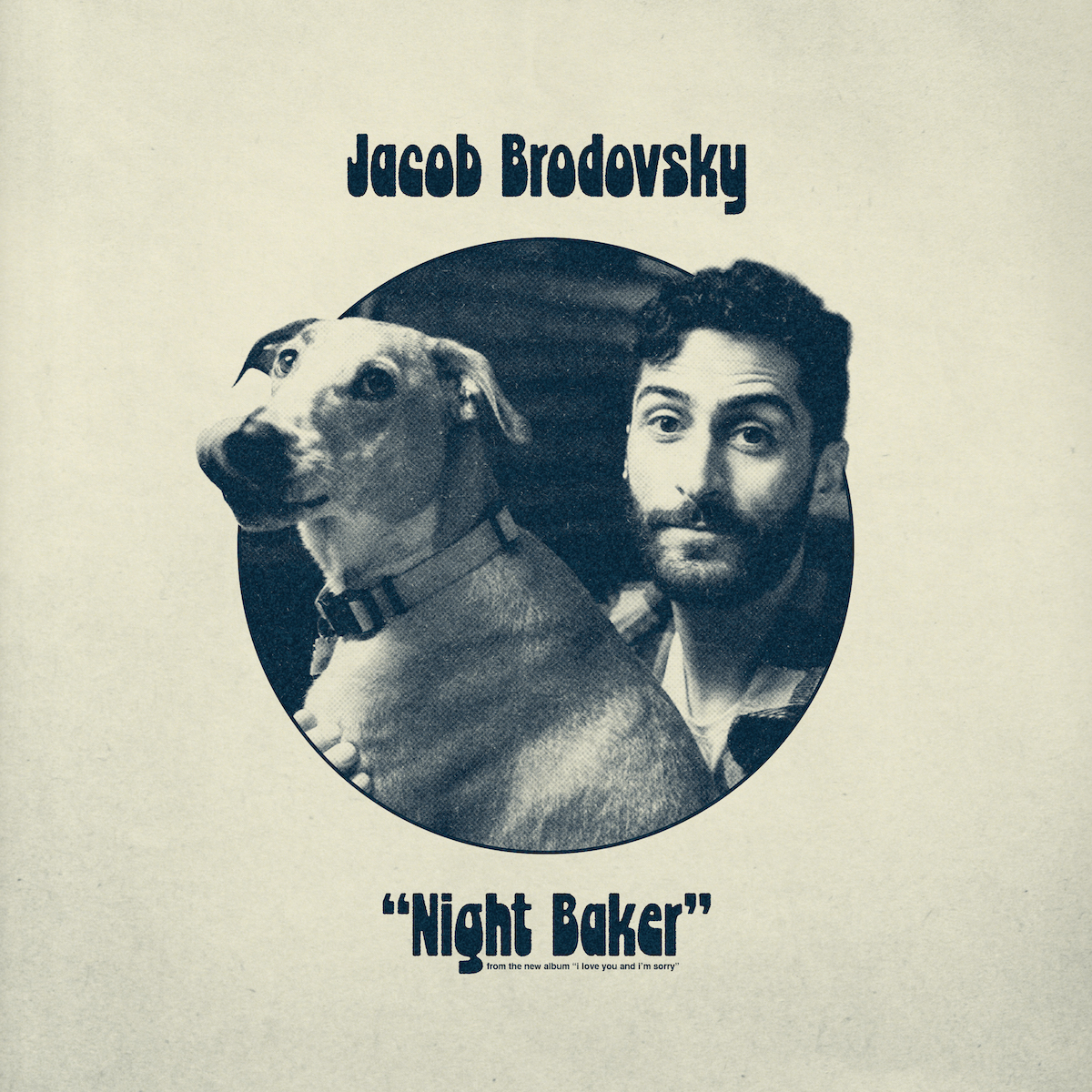