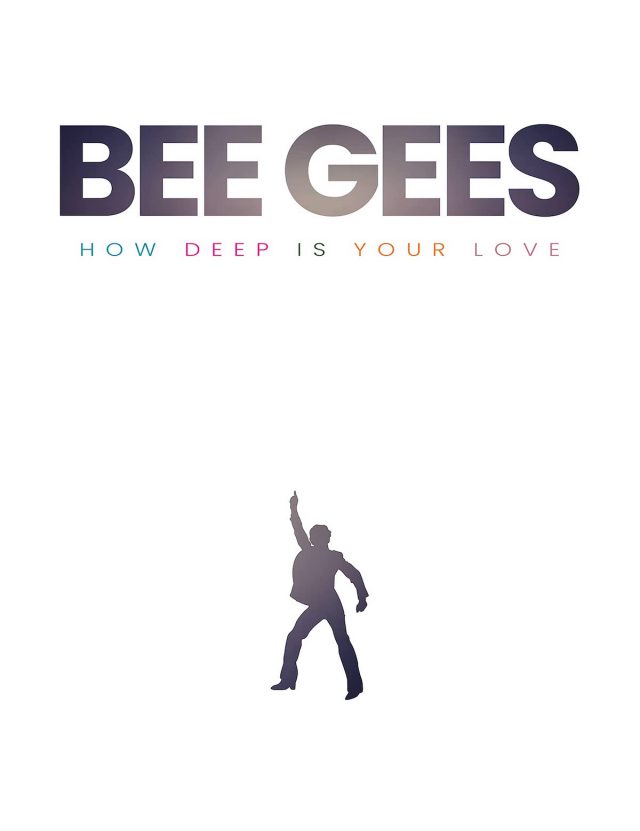 The Bee Gees share the love, Shaun Ryder teaches a master class, a hip-hop shutterbug opens the vault and more kick off another year of words to go with all that music. Read all about ’em: 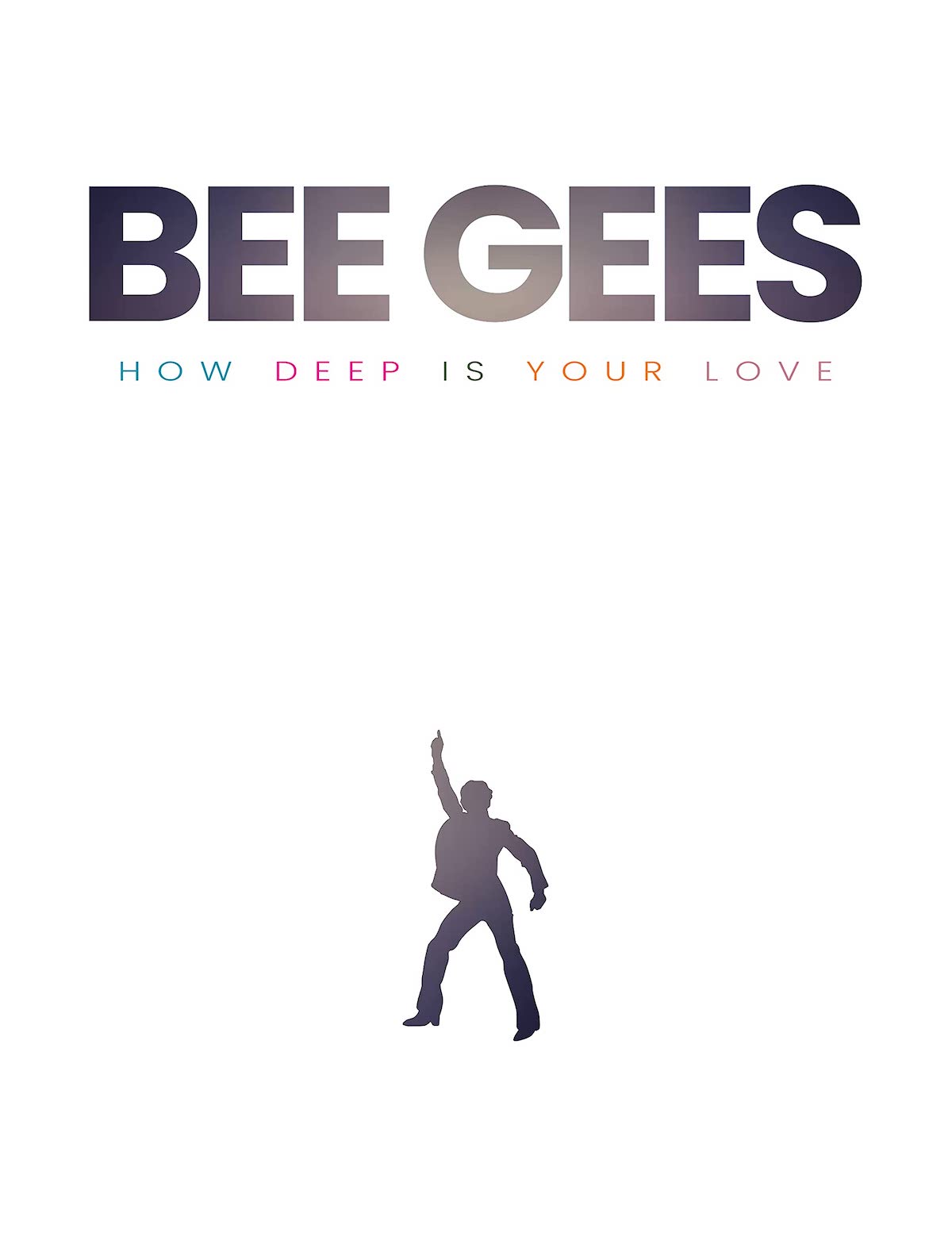 Bee Gees: How Deep Is Your Love
By Michael O’Neill

THE EDITED PRESS RELEASE: This is the incredible illustrated story of The Bee Gees, the band that Barry, Maurice and Robin, the brothers Gibb, formed in 1958. The trio were especially successful as a popular music act in the late 1960s and early 1970s, and later as prominent performers of the disco music era in the mid-to-late1970s with the soundtrack album Saturday Night Fever. The group sang recognizable three-part tight harmonies; Robin’s clear vibrato lead vocals was the hallmark of their earlier hits, while Barry’s R&B falsetto became their signature sound during the mid-to-late 1970s and 1980s. The Bee Gees have sold over 120 million records worldwide making them one of the world’s best-selling artists of all time. The boys also wrote all of their own hits, as well as writing and producing several major hits for other artists. They were inducted into the Rock and Roll Hall of Fame in 1997. The Bee Gees’ Hall of Fame citation says, “Only Elvis Presley, The Beatles, Michael Jackson, Garth Brooks and Paul McCartney have outsold The Bee Gees.” Following Maurice’s death in January 2003 at the age of 53, Barry and Robin retired the group’s name after 45 years of activity.” 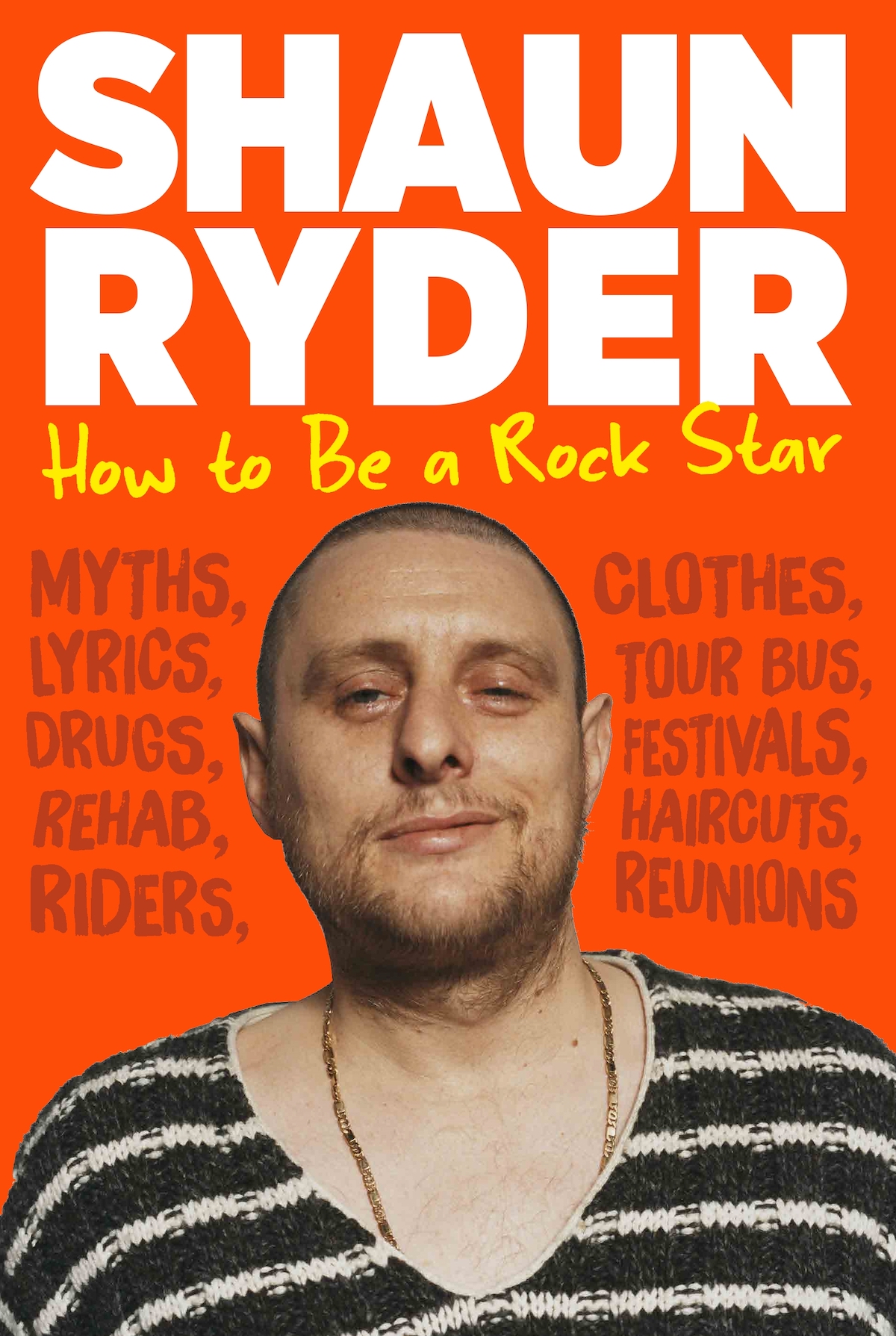 How to Be a Rock Star
By Shaun Ryder

THE EDITED PRESS RELEASE: “As lead singer of Happy Mondays and Black Grape, Shaun Ryder was the Keith Richards and Mick Jagger of his generation. A true rebel, who formed and led not one but two seminal bands, he’s had number-one albums, been a figurehead of the Madchester scene, headlined Glastonbury Festival, toured the world numerous times, taken every drug under the sun, been through rehab — and came out the other side as a national treasure. Now, for the first time, Shaun lifts the lid on the real inside story of how to be a rock star. With insights from three decades touring the world, which took him from Salford to San Francisco, from playing working men’s clubs to headlining Glastonbury and playing in front of the biggest festival crowd the world has ever seen, in Brazil, in the middle of thunderstorm. From recording your first demo tape to having a No.1 album, covering tour bus debauchery, ridiculous riders, record company run-ins, drug dealers and the mafia, Shaun gives a fly-on-the-wall look at the rock ‘n’ roll lifestyle — warts and all: how to be a rock star — and also how not to be a rock star.” 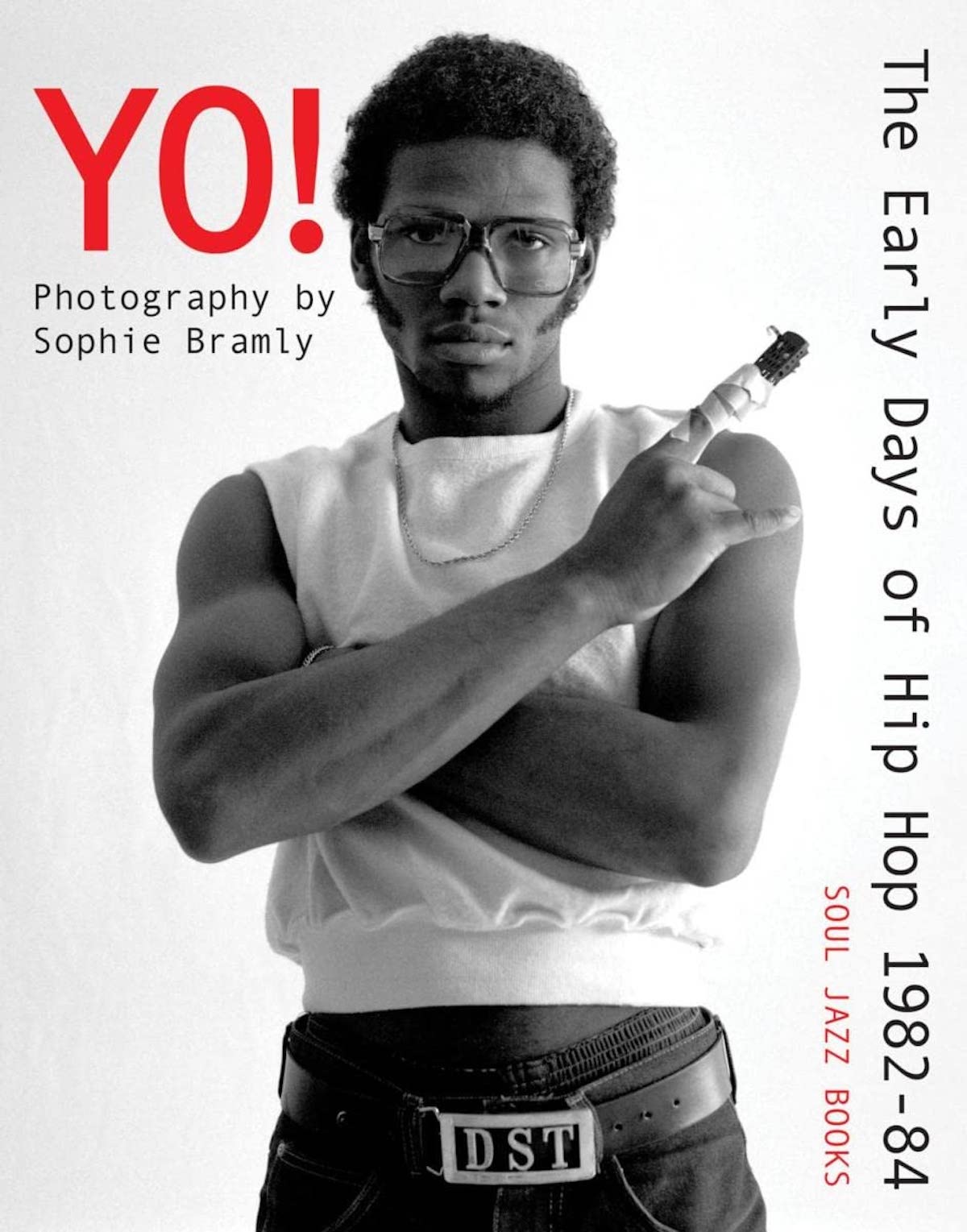 Yo! The Early Days of Hip Hop 1982-84: Photography
By Sophie Bramly

THE EDITED PRESS RELEASE: This book features more than 150 rarely seen images documenting the rise of hip-hop in the early 1980s, taken by French photographer Sophie Bramly. Bramly lived in New York during this period and became firmly embedded in the emergent scene. The book features many stunning, intimate images of a star-studded roll call of legendary hip hop figures, all of whom were only just getting known or in their ascendency. These include Kool Herc, Afrika Bambaataa, Grandmixer DST, Jazzy Jay, Red Alert, Grandmaster Melle Mel, Kurtis Blow, Lisa Lee, The Fat Boys, Run-DMC, Beastie Boys and many more. Bramly knew that hip-hop was becoming a cultural force rather than just a musical fashion, and spent many hours photographing the four essential elements of this new world: the emcees, the deejays, the graffiti artists and the break dancers. Here you will see legendary graffiti artists captured at work and play, such as Keith Haring, Dondi, Futura, Phase One, Zephyr and Lady Pink, and break dancers including members of Magnificent Force, Dynamic Breakers and the Rock Steady Crew. Bramly’s photographs also chronicle the desolate cityscapes from which hip-hop emerged; the energy of the fans who first embraced hip hop; and the crucial players behind the scenes (Bill Laswell, Bernard Zekri, Rick Rubin, Fun Gallery co-owner Patti Astor). Finally, this book also includes a bonus section documenting the rise of hip-hop in Europe. Bramly returned to France in 1984 to find herself once again at the center of a new cultural phenomenon, helping bring the first US hip-hop artists to Europe.” 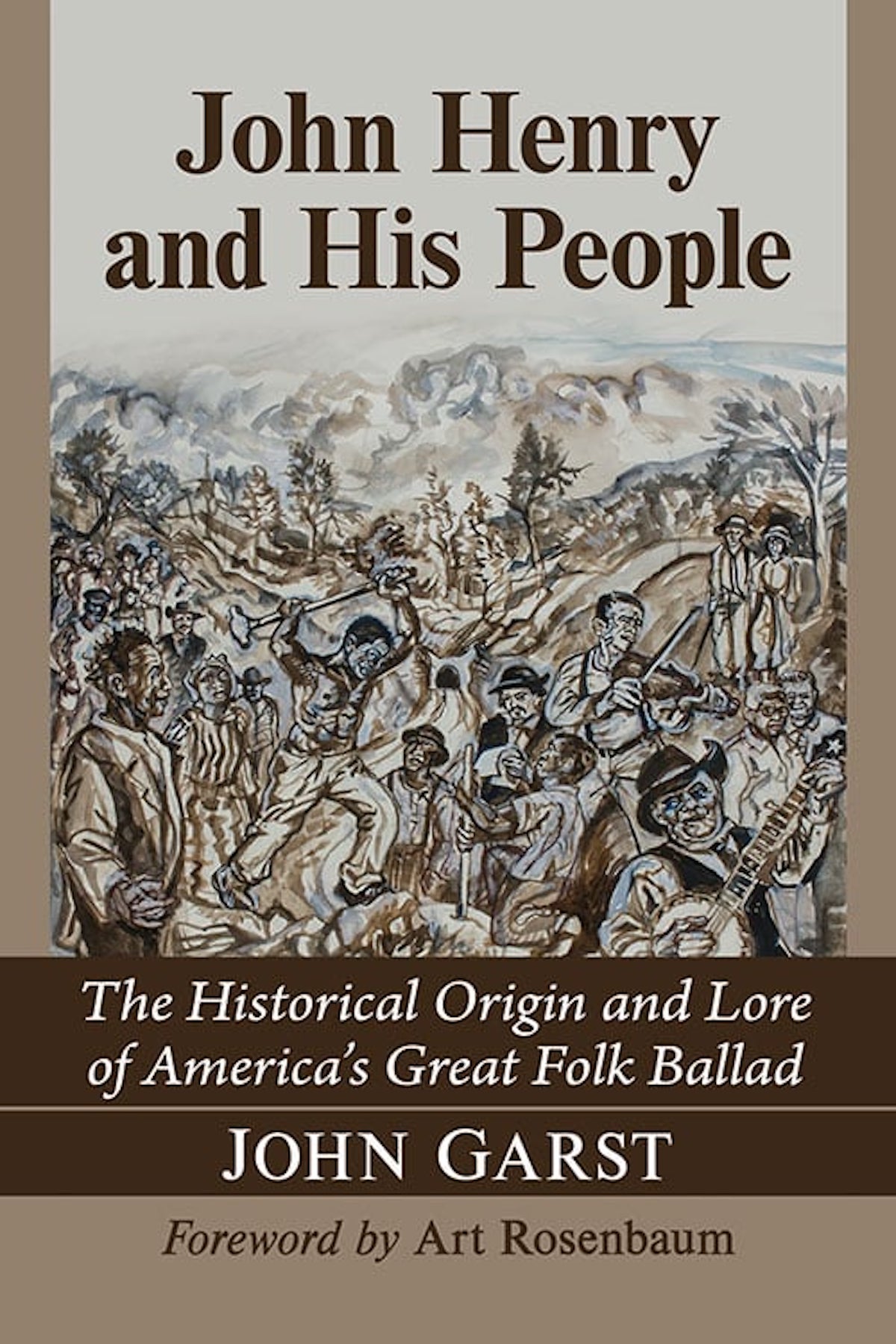 John Henry and His People: The Historical Origin and Lore of America’s Great Folk Ballad
By John Garst

THE EDITED PRESS RELEASE: The song John Henry, perhaps America’s greatest folk ballad, is about an African-American steel driver who raced and beat a steam drill, dying with his hammer in his hand from the effort. Most singers and historians believe John Henry was a real person, not a fictitious one, and that his story took place in Dunnavant, Ala. The author’s reconstruction, based on contemporaneous evidence and subsequent research, uncovers a fascinating story that supports the Dunnavant location and provides new insights. Beyond John Henry, readers will discover the lives and work of his people: Black and white singers; his captain, contractor Frederick Dabney; C. C. Spencer, the most credible eyewitness; John Henry’s wife; the blind singer W. T. Blankenship, who printed the first broadside of the ballad; and later scholars who studied John Henry. The book includes analyses of the song’s numerous iterations, several previously unpublished illustrations and a foreword by folklorist Art Rosenbaum.” 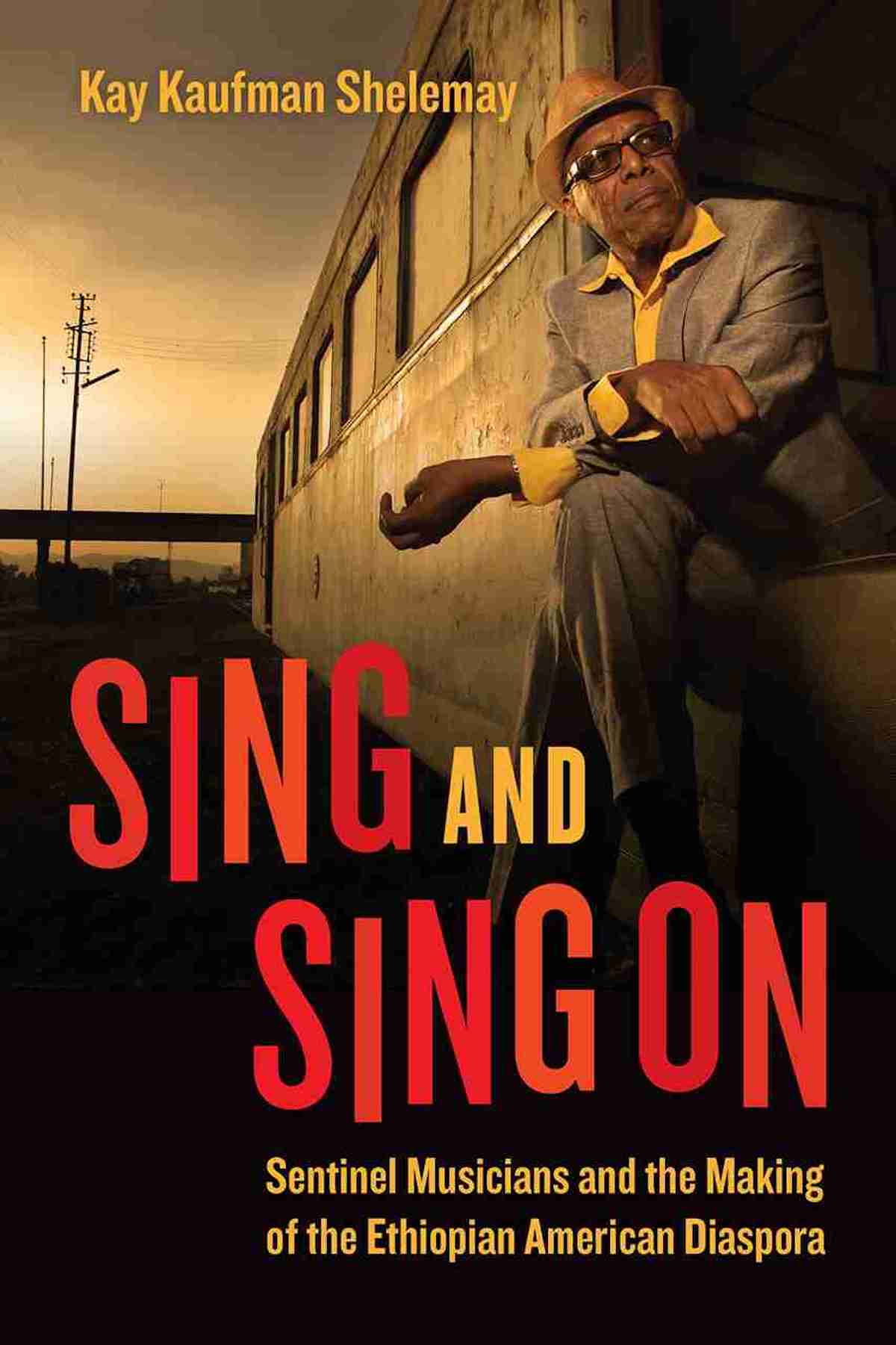 Sing and Sing On: Sentinel Musicians and the Making of the Ethiopian American Diaspora
By Kay Kaufman Shelemay

THE EDITED PRESS RELEASE: Sing and Sing On is the first study of the forced migration of musicians out of the Horn of Africa dating from the 1974 Ethiopian revolution, a political event that overthrew one of the world’s oldest monarchies and installed a brutal military regime. Musicians were among the first to depart the region, their lives shattered by revolutionary violence, curfews, and civil war. Reconstructing the memories of forced migration, Sing and Sing On traces the challenges musicians faced amidst revolutionary violence and the critical role they played in building communities abroad. Drawing on the recollections of dozens of musicians, Sing and Sing On details personal, cultural, and economic hardships experienced by musicians who have resettled in new locales abroad. Kay Kaufman Shelemay highlights their many artistic and social initiatives and the ways they have offered inspiration and leadership within and beyond a rapidly growing Ethiopian American diaspora. While musicians held this role as sentinels in Ethiopian culture long before the revolution began, it has taken on new meanings and contours in the Ethiopian diaspora. The book details the ongoing creativity of these musicians while exploring the attraction of return to their Ethiopian homeland over the course of decades abroad. Ultimately, Shelemay shows that musicians are uniquely positioned to serve this sentinel role as both guardians and challengers of cultural heritage.”