Because of the pandemic, this is the first time since 2019 that the festival, now in its 26th year and welcoming Indigenous and non-Indigenous visitors alike, has had a live component. The festival, produced by Indigenous Experiences on behalf of the National Indigenous Peoples Day Committee representing all of Canada’s National Indigenous organizations, was previously held at Vincent Massey Park, where it grew to 50,000 visitors. For the past two years, the festival has held virtual programming that reached millions across North America.

This year’s festival is a blend of live and virtual programming accessible to all Canadians throughout June. Live events include:

June 24: Niriqatigiit (Coming Together to Eat)

Long-table dinner celebrating togetherness with Arctic-themed dishes by chefs Trudy Metcalf-Coe and George Laurier with live entertainment by electronica meets throat singing duo Qattuu and Rise and Inuktitut songwriter Aasiva. Following dinner, guests can enjoy a movie under the stars. The Grizzlies is directed by Miranda de Pencier and based on the true story of a group of Inuit students who form a lacrosse team to combat the high suicide rates in their town of Kugluktuk, Nunavut.

This year’s festival is co-hosted by Inuit Tapiriit Kanatami, the organization that represents over 65,000 Inuit across Inuit Nunangat and the rest of Canada. Amidst programming reflecting all of Canada’s Indigenous cultures, the spotlight this year will shine brightly on Inuk artists, musicians and storytellers.

“The Summer Solstice Indigenous Festival is an amazing opportunity to discover and celebrate the rich cultures and traditions of Indigenous communities from coast to coast to coast. As we continue our own journey towards reconciliation, Rio Tinto is very proud to support the National Indigenous Peoples Day Committee in presenting this annual gathering that brings together established and emerging artists, renowned chefs and knowledge keepers representing the diversity of First Nations, Métis and Inuit heritage,” said Claudine Gagnon, general manager of communities & communication for Rio Tinto Aluminium. 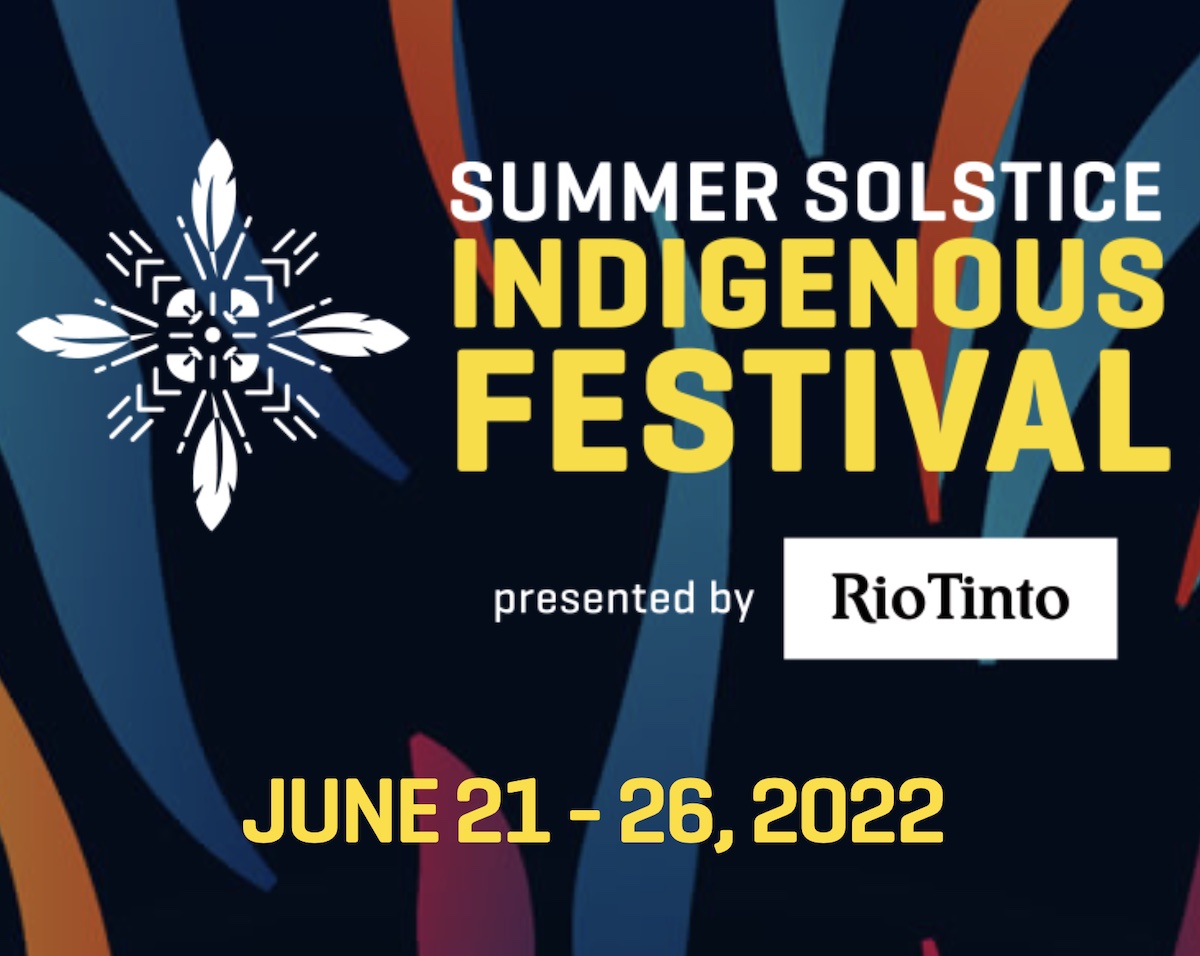