Kool & The Gang’s Skip Martin goes it alone with a standout performance on Live At The Print Shop — showcasing today on Tinnitist.

The Grammy-winning vocalist and trumpeter is the latest artist to be featured on Live At The Print Shop, the in-depth online performance and interview series out of Marietta, Ga. Featuring performances of some of his biggest hits, including Get Down On It and Celebration, the episode also includes an in-depth interview that digs deep into Martin’s upbringing, influences, and personal story.

Since its debut in July of 2019, Live At The Print Shop has been bubbling under as a go-to live performance platform for rising artists as well as seasoned performers. Featuring 40 minutes of performances and 30 minutes of one-on-one interviews, the monthly multi-camera series has already hosted such eclectic and esteemed names as Collective Soul, The Mavericks, The White Buffalo, Shawn Mullins, Marc Broussard, Drivin N Cryin, Sammy Rae & the Friends, Blues Traveler, Colin Hay (Men at Work) and more.

What sets it apart is the high quality of production, the in-depth, personal interviews, and its focus on doing good for the wider community — each artist chooses a charity which is highlighted in the episode and further supported by a donation from The Print Shop.

Started by the Marietta entrepreneur Adam Blank, Live At The Print Shop features performance footage from Blank’s state-of-the-art soundstage basement, and interview footage from inside his retro-but-refined print shop in Marietta. Blank’s music-driven entrepreneurial ventures include the music merchandise company Blank Threads, and the production/promotion business, Blank Records. Recent and upcoming releases from the Print Shop include a live album by Atlanta singer-songwriter Angie Aparo and a new episode of Live At The Print Shop featuring the Scottish singer-guitarist Dave Archibald.

Live At The Print Shop is becoming a word-of-mouth gem for both musicians and music fans alike. “It’s one of the most rewarding things I’ve ever done,” Blank says. “I do it for the satisfaction that comes with giving musicians a platform and new opportunities to share their music with a wider audience.” 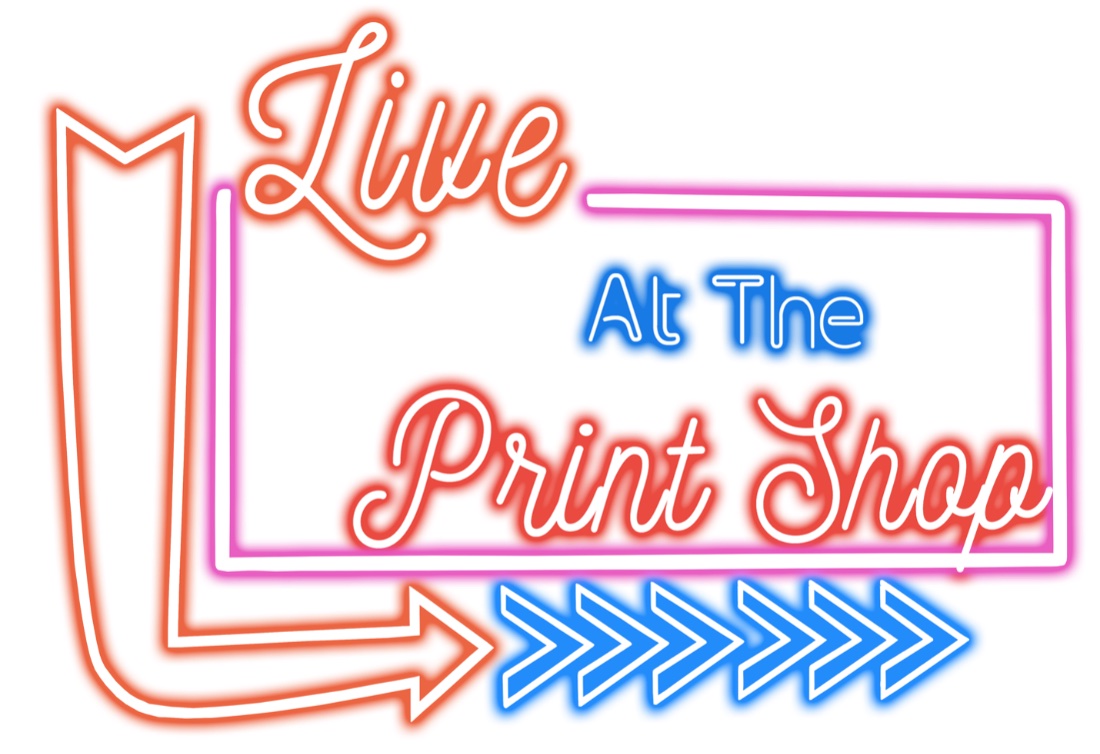