Some things never change: While I manage to squeeze more than 1,000 albums a year into my earholes, hundreds more still slip through the cracks. Thankfully, the holidays give me time to go back and nab some gems before they’re lost forever. As usual, there were plenty: It didn’t take me long to find more than 100 worthy titles that I missed in 2019. I’ll try to share them all here over the next few days. Here’s the second batch (in alphabetical order, more or less). I’ve included Bandcamp links wherever possible so you can buy straight from the source. Better late than never, right? 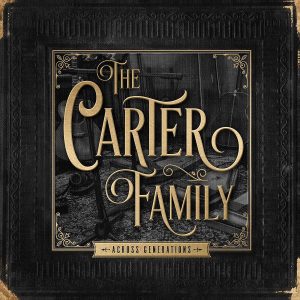 The Carter Family
Across Generations

MY TWO CENTS: I am generally intolerant of posthumous duet albums. But it’s hard not to appreciate The Carter Family’s Across Generations. Spearheaded by Carlene Carter and John Carter Cash, it feels less like a cash-in stunt that a family reunion, with younger members of the extended clan harmonizing with their elders (including June and Johnny)on a slate of country classics. A simple, understated treat.

THE PRESS RELEASE: “The generation of the Carter Family credited with the “big bang” that started the genre that would come to be known as country music — with four successive generations of Carter kin, including “Carter Girls” Helen, June and Anita as well as Carlene Carter and John Carter Cash — are all heard on The Carter Family’s Across Generations. The album project has been the focus of producer John Carter Cash’s efforts for the past few years. Carlene Carter noted, “It’s a wonderful blessing to be able to have the technology today to have so many people who have passed and to be able to sing with them. As a child, I was told ‘when we’re all passed away, you have to carry this on and that’s what we’ve done.’ ” John Carter Cash, her brother adds, “We were charged with this,” suggesting, “It’s not just about fame and power, it’s about the music” with his sister chiming in, “And the love.” 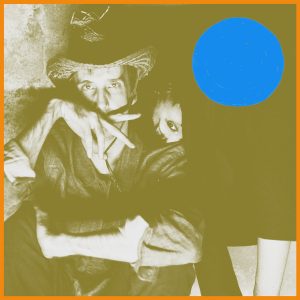 MY TWO CENTS: Fans of Deerhunter and Cate Le Bon already know that the Welsh singer-songwriter co-produced the American indie-rockers’ last album in 2018. Turns out she and eccentric frontman Bradford Cox also had enough time to make this gorgeously idiosyncratic and stylishly freewheeling EP. Clearly it was worth their while. Yours too.

THE PRESS RELEASE: “As sure as if it had been mapped in the stars, or written in a prophecy buried deep beneath the sands of the Marfa desert, a collaboration between Cate Le Bon and Bradford Cox was always something of an inevitability. After years of admiring each other’s work from afar, the two finally converged on Marfa, Texas in 2018, at Mexican Summer’s annual Marfa Myths festival. Gaps puttied by a band of frequent Cate Le Bon co-conspirators on drums, saxophone, percussion, keys and additional guitar (Stella Mozgawa of Warpaint, Stephen Black of Sweet Baboo, Tim Presley of White Fence, and Samur Khouja); the EP was written and recorded in just one week. For both Le Bon and Cox, Myths 004 signals a change of tack: meticulousness thrown to the wind as spontaneous, jammy tales of firemen and 5p plastic bags, unbrushed hair and shoelessness and makeup-daubed landscapes — roll effortlessly off their cuffs. “We committed ourselves to embracing the chaos, surrendering to all moments and moods that travelled through,” says Le Bon. “It’s a crude holiday scrapbook shared by all involved, an amalgamation of the changes in mood and light that shaped the days.” ¡Viva la colaboración! 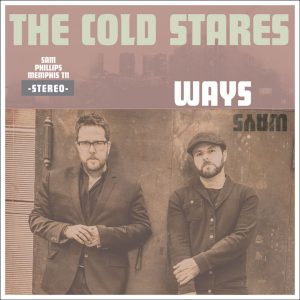 MY TWO CENTS: This Indiana blues-rock duo dish up a hearty helping of meat-and-potatoes blues-rock, complete with all the gritty vocals, chunky riffs and low-slung grooves required by low. And there’s nothing wrong with that. After all, you don’t need to reinvent the wheel as long as it gets you where you want to go.

THE PRESS RELEASE: “Authenticity. A word that is frequently used in describing The Cold Stares, and frequently missing from modern music discussions. “We’re not just a blues band, or just a rock band, or anything other than who we are,” frontman Chris Tapp says. There is a power and a realness that is arrived at by just doing what you do best. The Cold Stares do that. Formed in 2010 after the duo had spent a number of years in other bands, Tapp and Brian Mullins got together for the sole reason to just jam. No preconceived notions on what the project should be. Just do what comes naturally. The result is a hard rocking, story based brand of rock and roll that is sung from the soul. Chris’ unique guitar rig, along with Mullin’s giant bass drum provides a visual and sonic landscape for the two to travel on different paths than other acts. In fact, you may find yourself looking for another member behind the curtains but it’s just these two men.” 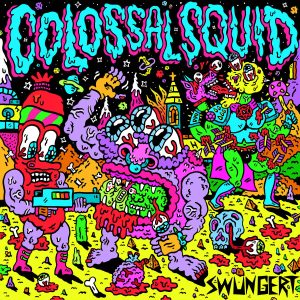 MY TWO CENTS: Give the drummer some. Percussionist Adam Betts — who has worked with everyone from Brian Eno and Jarvis Cocker to Squarepusher and Goldie — takes centre stage on this solo album, creating vibrantly weird and infectiously twitchy tracks that hit the sweet spot between indie-rock and electronica.

THE PRESS RELEASE: “Swungert is the first album by Colossal Squid (aka Adam Betts) on Square Leg Records (the label from producer Charlie Andrew, also home to Sivu, Francobollo, Zooni and more). 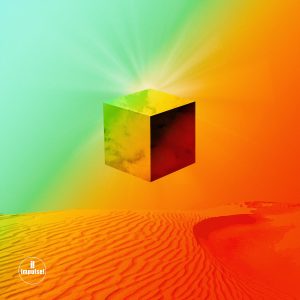 The Comet Is Coming
The Afterlife EP

MY TWO CENTS: Once was not enough for these British jazz extraterrestrials — barely nine months after their earthshaking and universally beloved album Trust in the Lifeforce of the Deep Mystery, they released this equally exploratory and multi-dimensional EP. Because space is still the place.

THE PRESS RELEASE: “On Trust In The Lifeforce Of The Deep Mystery, the group (Danalogue, Betamax, and King Shabaka) delivered an album of 21st Century spiritual jazz that was lauded by fans and critics alike. “The Afterlife has been a topic of deep consideration and of the keys to spiritual mythology around the world for millennia,” claims kinetic keyboardist Danalogue. He continues to state “The two records can be seen as companions, that cannot exist without each other, like day and night, light and dark, creation and destruction. They were made together, at the same time, and have always been intended to be experienced together.” 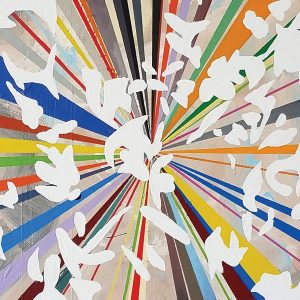 MY TWO CENTS: Imagine what Bob Seger might sound like if he were both in Pittsburgh and grew up making horn-laced soul music instead of Detroit rock. Oh wait, you don’t have to — you just have to spin this octet’s passionate and powerful sophomore album.

THE PRESS RELEASE: “With gritty vocals over rock riffs and horns, The Commonheart deliver an emotion-packed, soulful sound that lights up any stage. Frontman Clinton Clegg is a powerhouse who commands full attention with his limitless onstage energy and vocal range. The Commonheart’s sound is a true testament to the past while completely holding its own as one of today’s most promising acts.” 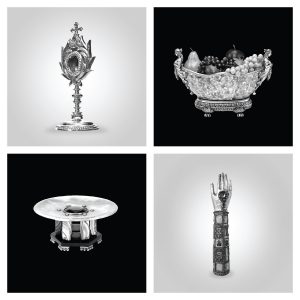 MY TWO CENTS: The monumentally heavy, fearsomely dark, relentlessly intense, painfully noisy and sometimes majestically soaring sound generated by this Boston power trio will have you asking: Is it metal? Is it avant-garde? Is it post-rock? The answer, of course, is yes. 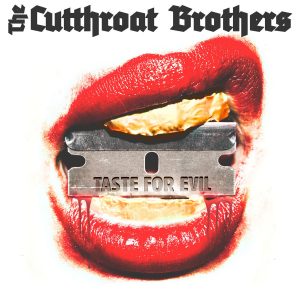 MY TWO CENTS: Pound for pound, Zeke were one of the greatest punk bands that ever lived. So it was a treat to learn that powerhouse drummer Donny Paycheck is back in action in this duo with singer-guitarist Jason Cutthroat. It’s even better to discover that their sophomore album Taste for Evil is a muscular, swaggering slab of hard-grooving rawk straight from the gut.

THE PRESS RELEASE: “The venomous garage-punk, swamp-rock sounds The Cutthroat Brothers lay down conjure bands like The Gun Club, The Cramps, Eagles of Death Metal, and The Hives. This duo of real-life barbers — Jason Cutthroat (vocals, guitar) and Donny Paycheck (drums) — formed in February of 2018. For Taste for Evil, they again recorded and mixed with legendary producer Jack Endino (Nirvana, Mudhoney, Soundgarden) in Seattle, Washington completing the album in just over four days. They drained every last drop of blood into the ten tracks which include cautionary tales of death, sex, drugs, black magic, and bad relationships.” 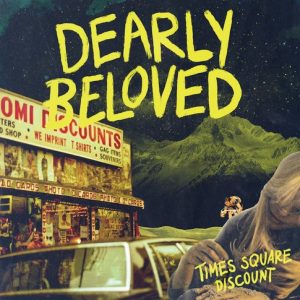 MY TWO CENTS: Toronto duo Dearly Beloved — which features “vocalist / bass god Rob Higgins and vocalist  /percussionist / Theremin abuser Niva Chow” — have been cranking out high-calibre indie-rock nuggets for more than a decade. This sixth studio album, recorded at Foo Fighters’ Studio 606, Rancho de la Luna and their home studio, makes it clear they aren’t about to change their tunes now. Nor should they. 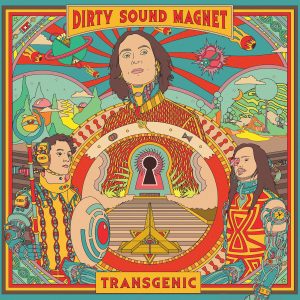 MY TWO CENTS: LSD originated in Switzerland — as did Dirty Sound Magnet. Coincidence? Well, yeah. But a damn fine one, considering the lysergically lush and layered sound and counter-cultural lyricism the mind-melding trio unspool on their latest far-out full-length. Thankfully, they keep the whole thing from floating away by grounding their songs with some solidly hefty rock power. Have a nice trip.

THE PRESS RELEASE: “While the previous album Western Lies was a sarcastic, unrestrained critique of the shortcomings of our western civilization, Transgenic focuses on individual behaviors within it. Drowned in this world of advanced technology and hyper-consumerism, individuals struggle to discover their inner self or communicate with each other. The album lays out a disturbing view of the present and the near future, with the significance of Social Media, and increasingly alarming ecological issues giving shape to an Orwellian dystopia. The egocentric practices inherent to Social Media are mocked by Stavros’ insolent lyrics and tone. The drama and loneliness of Modern Man is highlighted across Transgenic, with emotional issues and personal experiences completing the lyrical content. Musically, The album draws on the last 50 years of Pop Culture, with some touches of traditional folk music, but as a whole, Transgenic is true Rock.” 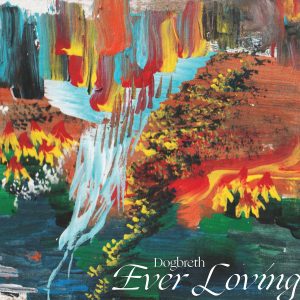 MY TWO CENTS: Change is almost always a good thing. Just ask Dogbreth singer-guitarist Tristam Jemsek. He moved from Phoenix to Seattle, put together a new lineup and created this magnificent work of punky power-pop and indie-rock reminiscent of Alex Chilton, Teenage Fanclub and Paul Westerberg in his janglier moods. What is not to love?

THE PRESS RELEASE: “The splendid Dogbreth have been through a lot these last few years. Tristan relocated to Seattle and unfortunately the band was not able to follow suit, but Tristan met some great new friends/musicians and the result is the bands newest full length Ever Loving.”