Home Read Albums Of The Week: Slang | Cockroach In A Ghost Town 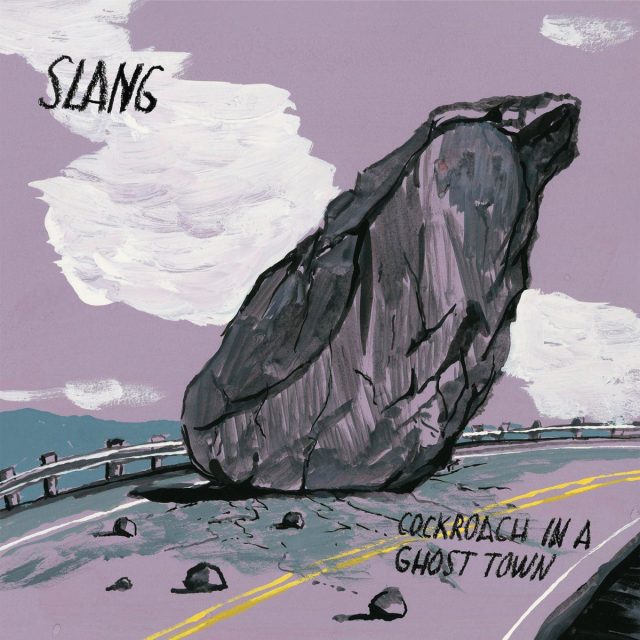 THE EDITED PRESS RELEASE: “Slang’s debut Cockroach In A Ghost Town is a force of nature that came, seemingly, out of nowhere.

Lyricist/singer/guitarist Drew Grow and drummer/singer Janet Weiss started the band over a decade ago in Portland, OR — both having spent more than half their lives dedicated to making and performing music. Through the years, Weiss has played with everyone from her bands Quasi, Wild Flag and Sleater-Kinney, to collaborators like Elliott Smith, Stephen Malkmus and others. Grow, meanwhile has fronted his own groups Modern Kin and The Pastors’ Wives, producing other bands along the way. Starting as a moonlighting collaboration, the meeting of this particular group was kismet if not totally cosmic.

In their first iteration as a duo, Slang hammered The Everly Brothers inside-out; they put a keen new light on songs by The Traveling Wilburys and Jackson C. Frank — setting out to harmonize together and just play. Following a homespun two-song cassette, the band grew to include Kathy Foster (Roseblood, The Thermals) on bass and Anita Lee Elliot (Viva Voce) on guitar/vocals — with record appearances made by Sam Coomes (Quasi), Stephen Malkmus (Pavement), Mary Timony (Helium, Ex Hex, Wild Flag) and others.”