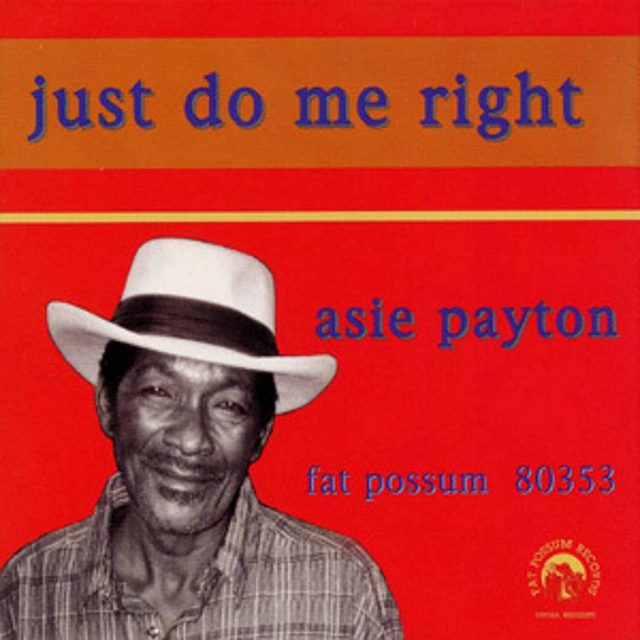 Here’s a sophomore CD I never expected to see. And I suspect I’m not alone.

Mississippi bluesman and farmer Asie Payton died in ’97, nearly two years before insurgent blues label Fat Possum put out his debut album Worried. It was supposed to be his only album — but Asie’s surprisingly sweet ’n’ soulful pipes and vibrant, stabbing guitar attack made him the new blues kid of 1999. So, the Possums dug up as many usable leftovers as they could find, souped up a few with some studio players and post-production, and served ’em up as Just Do Me Right. Some of these 14 cuts are lazy acoustic numbers from the backporch. Others are get-down, grits ’n’ gravy blues from the juke joint. Some even flirt with disco, horny Memphis soul and stomping blues-rock. Naturally, most are rawer and rougher than tunes on Worried. Still, for a posthumous record, Just Do Me Right does right by Payton.