With 900 albums, singles, EPs, compilations and more on the way for Record Store Day, there’s more music coming next week than even I can keep track of. I haven’t had time to comb through all the vinyl reissues and rarities on the way, but here are the new releases I’ve got in my sights: 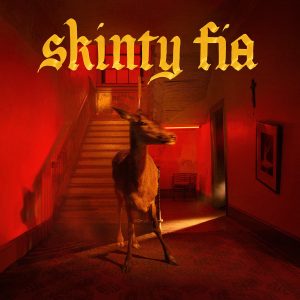 THE EDITED PRESS RELEASE: “2020’s A Hero’s Death saw Fontaines D.C. land a No. 2 album in the U.K., receive nominations at the Grammys, Brits and Ivor Novello Awards, and sell out London’s iconic Alexandra Palace. Now the band return with their third record in as many years: Skinty Fia. Used colloquially as an expletive, the title roughly translates from the Irish language into English as “the damnation of the deer”; the spelling crassly anglicized, and its meaning diluted through generations. Part bittersweet romance, part darkly political triumph, the songs ultimately form a long-distance love letter, one that laments an increasingly privatized culture in danger of going the way of the extinct Irish giant deer.” 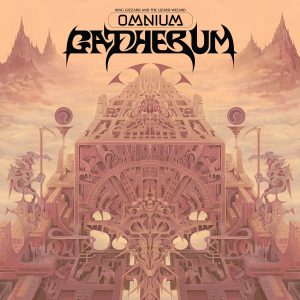 THE EDITED PRESS RELEASE: “Omnium Gatherum’s sprawling 16 tracks of gonzoid prog jams, dizzying pop nuggets, rubber-legged hip-hop odysseys and passages of pure thrash-metal abandon offer plenty for King Gizzard And The Lizard Wizard fans and neophytes alike to chew on. Typically, Gizzard albums pursue a single theme or style — for example, Infest The Rat’s Nest’s eco-themed metal barrage, or Butterfly 3000’s new age trance-pop, or Nonagon Infinity’s endless garage-prog contortions — and part of the thrill of Omnium Gatherum for the group was the opportunity of new ideas without committing to deliver an entire album in that vein. It’s the perfect entry point for newcomers, and a solid treat for the faithful as well. Omnium Gatherum feels like a greatest hits album, in its variety and the strength of the songs — only you’ve never heard any of these tracks before. It’s the sound of a group operating at their absolute peak, a group motivated by a deserved confidence that they could try their hands at anything.” 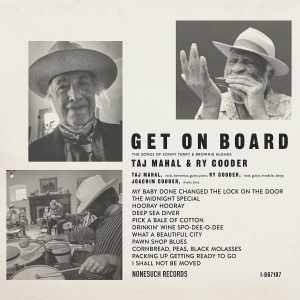 Taj Mahal & Ry Cooder
Get On Board: The Songs Of Sonny Terry & Brownie McGhee

THE EDITED PRESS RELEASE: “Nearly 60 years after they first played together, Ry Cooder and Taj Mahal, longtime friends and collaborators, reunite with an album of music from two Piedmont blues masters who have inspired them all their lives: Get On Board: The Songs Of Sonny Terry & Brownie McGhee. With Mahal on vocals, harmonica, guitar, and piano and Cooder on vocals, guitar, mandolin, and banjo — joined by Joachim Cooder on drums and bass — the duo recorded eleven songs drawn from recordings and live performances by Terry and McGhee, who they both first heard as teenagers in California. Explaining where Terry and McGhee took him musically, Cooder says, “Down the road, away from Santa Monica. Where everything was good. ‘I have got to get out of here,’ was all I could think. What do you do (at) 14, 18 years old? I was trapped. But that first record, Get On Board, the 10” on Folkways, was so wonderful, I could understand the guitar playing.” Taj Mahal adds, “I started hearing them when I was about 19, and I wanted to go to these coffee houses, ‘cause I heard that these old guys were playing. I knew that there was a river out there somewhere that I could get into, and once I got in it, I’d be all right. They brought the whole package for me.” 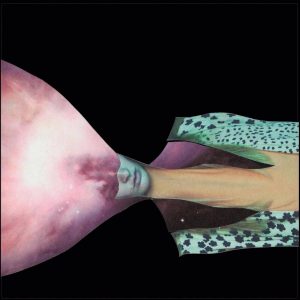 THE EDITED PRESS RELEASE: “Painted Shield’s 2 — the second release from Pearl Jam co-founder Stone Gossard, folksinger Mason Jennings, soul innovator Brittany Davis, and iconic drummer Matt Chamberlain — is more than the sum of its parts. It’s a different equation entirely, reaching far beyond its members’ individual careers to create a genre-bending, rhythmic rock sound that makes room for electronic soundscapes, organic bombast, and four-way songwriting collaborations that defy categorization. 2 was written while the recording sessions for Painted Shield’s self-titled debut — a blend of moody synthesizers and riff-ready roots rock — were coming to a close. At this point, we’re wide open to be whatever we want to be,” says Chamberlain. “This doesn’t have to be a traditional rock band. It could be an electronic-rock thing. It could be more folky, like Mason’s solo material. It’s a crazy combination once you add Brittany, who’s from the church and comes at the music from a funky R&B angle. I don’t know what the hell this all is. It’s just fun at the moment.” 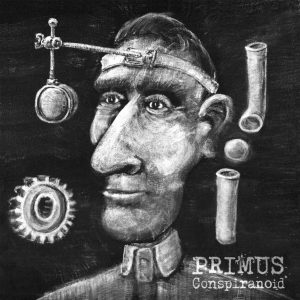 THE EDITED PRESS RELEASE: “As they gear up for their 64-date world tour, A Tribute To Kings, paying homage to prog-rock legends Rush, Primus have announced the new three-song EP Conspiranoid. The band unveiled the EP with the release of the 11-minute epic track Conspiranoia. “I’d been itching to record an opus — basically a long, winding, bastard of a song, reminiscent of some of the compositions I cut my teeth (or ears) on, in my music-hungry adolescence,” bassist Les Claypool says. “Conspiranoia was sprouted from a seed I had planted in my notebook a year or so ago — a few lines commenting on the mental state of the contemporary world.” 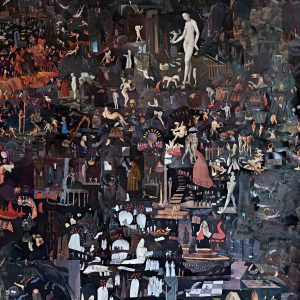 THE EDITED PRESS RELEASE: “Within 11 seconds of clicking play on Lava Lamp Pisco, it’s instantly apparent why Night Gnomes, the latest album from Psychedelic Porn Crumpets, might be their greatest offering yet. The track is a riffy monster that delivers a much-welcome Black Sabbath-style slap to the head. It’s big, shiny, sleek and irresistible. It’s Psychedelic Porn Crumpets giving their best and Jack McEwan the band’s fearless leader has the battle scars from the four-second harmonica solo to prove it. “I hadn’t blown the harmonica in five years. It was just sitting on my desk,” he recalls. “The first thing I did was suck in all this dust, and I couldn’t talk for like a day. Afterwards, the rest of the band was like, ‘You have to scrap that. It’s so cheesy.’ Anyone under 30 hates it, but it has the dad-rock vibe, so I kept it in.” That devil-may-care spirit is present on each and every song on Night Gnomes. With guitarist Luke Parish, drummer Danny Caddy, bassist Wayon Billondana and multi-instrumentalist Chris Young by his side, McEwan bunkered down in his home studio, creating a sonic pastiche that almost sounds like turning the dial on a temperamental old radio every few minutes.”

THE EDITED PRESS RELEASE: “With Just Like That…, her 21st album and her first new release in more than six years, Rock and Roll Hall of Famer Bonnie Raitt continues to draw on the range of influences that have shaped her legendary career, while creating something that speaks to the circumstances and challenges of these unprecedented times. The title comes from a line in one of her new original songs (“Just like that your life can change”), which seemed especially fitting “because there’s never been a time that made me look around and say, ‘Nobody saw this coming’ — where all of a sudden, everything shifted.” The mix of sounds and approaches on Just Like That… reveals how, 50 years after the release of her debut album, Raitt continues to personify what it means to stay creative, adventurous, and daring over the course of a life’s work. “On this record, I wanted to stretch,” she says. “I always want to find songs that excite me, and what’s different this time is that I’ve tried some styles and topics I haven’t touched on before.” 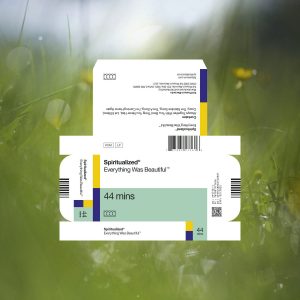 Spiritualized
Everything Was Beautiful

THE EDITED PRESS RELEASE: “While some people imploded in the lockdowns and isolation of the epidemic, others were thriving. “I felt like I’d been in training for this my whole life” says J Spaceman. He was referring to his fondness of isolation and when you reframe loneliness as “beautiful solitude” then it isn’t so bad. He would walk through an empty “Roman London” where “even the sirens had stopped singing” and where the world was “full of birdsong and strangeness and no contrails.” He used the birdsong walks to listen and try and make sense of all the music playing in his head. The mixers and mixes of his new record, a ninth studio album, weren’t working out yet. Spaceman plays 16 different instruments on Everything Was Beautiful, which was put down at 11 different studios, as well as at his home. Also he employed, more than 30 musicians and singers including his daughter Poppy, long-time collaborator and friend John Coxon, string and brass sections, choirs and finger bells and chimes from the Whitechapel Bell Foundry. There’s a lot going on. The result is some of the most “live” sounding recordings that Spiritualized have released since the Live At The Albert Hall record of 1998, around the time of Ladies & Gentlemen, We Are Floating In Space.”