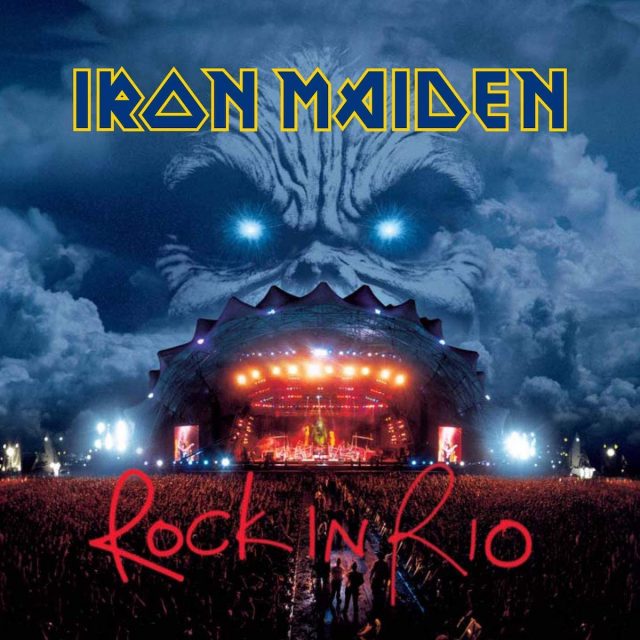 Musical styles change. Governments come and go. Civilizations rise and fall. But Iron Maiden cannot be stopped. Nor can they be dissuaded from issuing yet another live album.

Rock in Rio — the NWOBHM heroes’ fifth live set in their two-decade career — features the reunited classic Maiden lineup (plus third guitariast Janick Gers) galloping through a typically high-energy show for a South American crowd last year. Fittingly, the set is slightly weighted towards the band’s last studio effort Brave New World. But fortunately, some of those tunes — notably The Wicker Man — stand on par with classic tracks like Wrathchild, 2 Minutes to Midnight, The Number Of The Beast and Run To The Hills, which are also included here. Just as they have been — and will be — included in every Iron Maiden set throughout eternity. As it was, as it remains, as it ever shall be.