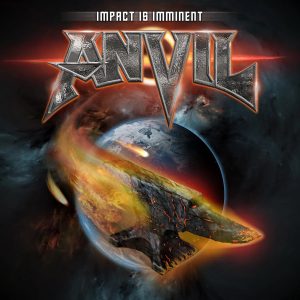 THE EDITED PRESS RELEASE: “There are more than a dozen good reasons for Anvil to be especially proud of their latest offering: “None of our previous albums blends music and lyrics into as tight a unit as Impact Is Imminent,” enthuses singer/guitarist Steve ‘Lips’ Kudlow on the 14 songs on the group’s new album — their 19th to date. “Everything comes together homogeneously. As a result, the new material sounds monolithic, right down to the very last details, both in terms of rhythm and harmonies. In the past, our studio sessions were sometimes like a little like jumping in at the deep end, with us having to improvise a lot and making decisions at short notice. Working on ‘Impact Is Imminent’, not only was there plenty of time for the songwriting process in the run-up to the recordings, but I also had the leisure to put all my ideas to the acid test and work on them until they were perfect.” 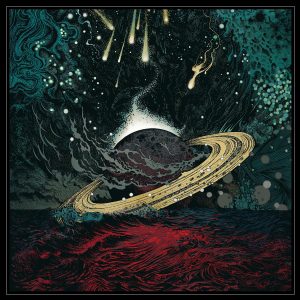 THE EDITED PRESS RELEASE: “The legendary Cave In makes a highly anticipated return with Heavy Pendulum, their first full studio record in over a decade. The band (Stephen Brodsky  and Adam McGrath on guitars and vocals, and John-Robert Conners on drums) see a revival following the addition of Nate Newton (Converge, Doomriders, Old Man Gloom) on bass and vocals. Produced by Kurt Ballou at God City, Heavy Pendulum showcases everything that has long established Cave In as one of the best contemporary rock, hardcore, and metal bands since their monumental 1998 debut Until Your Heart Stops. From the driving tracks such as crushing opener New Reality to the metallic edge of Blood Spiller, Heavy Pendulum sees Cave In look back at their discography and capture their most memorable, visceral, and forward-thinking moments to create a record that is all at once familiar and in true Cave In fashion, ahead of the mainstream.” 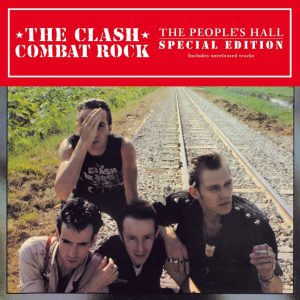 THE EDITED PRESS RELEASE: “Originally released in May 1982, Combat Rock is the final album from The Clash’s classic lineup of Joe Strummer, Mick Jones, Paul Simonon and Topper Headon. Featuring two of the band’s most well-known songs, Should I Stay Or Should I Go and Rock The Casbah, it is being re-released as a special edition, with an additional 12-tracks compiled by surviving members of The Clash. Having returned to London following their pivotal 17-show residency at New York’s Bond’s Casino in 1981, the band rehearsed and recorded at The People’s Hall in the squatted Republic of Frestonia near Latimer Road in London and from there they embarked on a tour of the East and South East Asia, during which the album sleeve image was captured by Pennie Smith in Thailand. The tracks on The People’s Hall chart the period from what was their last single Radio Clash right up to the release of Combat Rock, including unheard, rare and early versions of tracks.” 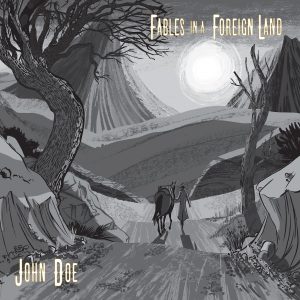 THE EDITED PRESS RELEASE: “Punk rock pioneer with X, songwriter, poet, actor, solo artist, published author … folk musician. With Fables In A Foreign Land, the debut release from The John Doe Folk Trio, his tales are now set in the pre-Industrial Era. And though many of the 13 songs were written over the last three years, the sound was born in loose weekly backyard jams on Kevin Smith’s (Willie Nelson and Family) patio. “I guess Fables in a Foreign Land is my version of folk music. It started by being sick of musicians that play too much and having to orchestrate or arrange songs. ‘What if it was just less?’ Everyone says less is more, but you have to figure out for yourself what that means. I didn’t do a deep dive into folk music and concern myself with what was ‘traditional,’ it was just an outgrowth of trying to strip the songs down to the basics … All of these songs take place in the 1890s. There’s a lot of sleeping on the ground, a lot of being hungry, a lot of isolation. All of that fits into the kind of isolation and lack of modern stimuli that I think people started rediscovering during the pandemic lockdown: realizing that as parts of your life start getting taken away, what’s important and what you live for becomes paramount.” 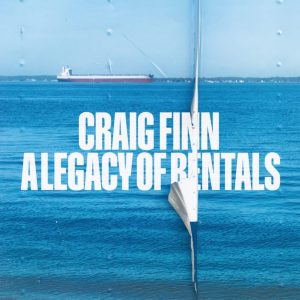 THE EDITED PRESS RELEASE: “The Hold Steady frontman’s fifth solo LP A Legacy Of Rentals  was recorded in May 2021 with Finn’s longtime collaborators, producer Josh Kaufman and engineer D. James Goodwin. “Producer Josh Kaufman and I decided early on to feature strings on this record,” Finn says, “as opposed to the wind and brass heavy compositions of the last three albums. But when we came to (the single Birthdays) we kept hearing Stuart Bogie’s saxophone, so we got him to do this solo and he crushed it. We thought it suggests a bit of a bridge back to my previous records. This song is about family, the way we honor these connections, and how both positive and negative things are carried through blood lines – genetic traits as long-term memories. Coincidentally, it was recorded on Josh’s actual birthday.” 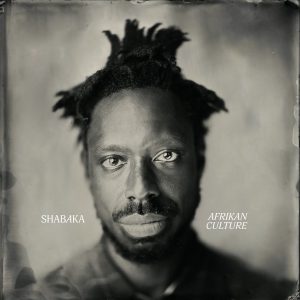 THE EDITED PRESS RELEASE: “Acclaimed saxophonist, philosopher, bandleader, and musician Shabaka Hutchings announces his first major label solo body of work, Afrikan Culture. Entirely written by Shabaka, the eight-track EP showcases him on various wind instruments and focuses on the aural meditative space. “Afrikan Culture was made around the idea of meditation and what it means for me to still my own mind and accept the music which comes to the surface,” says Hutchings. “It features various types of Shakuhachi flutes and a new technique of creating that I’ve been experimenting with in layering many flutes together to create a forest of sound where melodies and rhythms float in space and emerge in glimpses.” 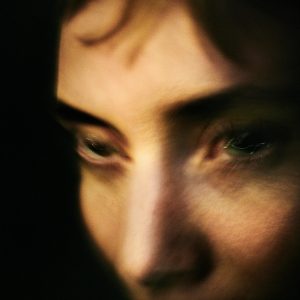 THE EDITED PRESS RELEASE: “Lykke Li returns with her fifth studio album Eyeye. The LP is an eight-track story about lust, attraction, attachment, and rejection; the landscape of love. The songs are inhabited by moving images that neither start nor end. Each film functions as a visual loop, concise as a haiku, yet continuing in perpetuity. The result is a somatic, repetitious experience. Compounding chapters between a dream and reality. Lykke Li creates connection with the depth of emotion in her lyrics and her consistency has made her an iconic staple in music with a decade spanning career having created her own lane when it comes to genre and songwriting.” 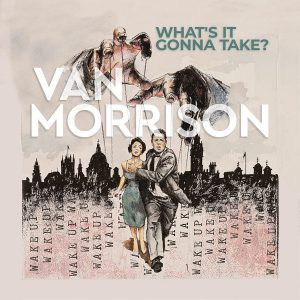 THE EDITED PRESS RELEASE: “What’s It Gonna Take? is Van Morrison’s 43rd studio album, the followup to his 2021 release, the 28-track double album Latest Record Project, Vol. 1 — and further evidence of the rich creative streak that one of the world’s greatest artist’s is currently on. What’s It Gonna Take? features 15 new Morrison compositions that collectively reflect the artist’s indefatigable drive to record and perform live in front of audiences. Morrison is one of music’s true originals — utterly unique and inspirational with a legacy that spans the last seven decades. Born in Belfast in 1945 and inspired by blues, country and gospel, he formed the hugely successful R&B band Them in 1964 before moving on to a different realm as a solo artist. One of the most prolific recording artists and hardest working live performers of his era, Morrison has crafted an unparalleled catalogue of releases that moves effortlessly through his myriad influences, including visionary street poetry, jazz, swing, skiffle and Celtic roots and includes some of the best loved songs of the 20th century.” 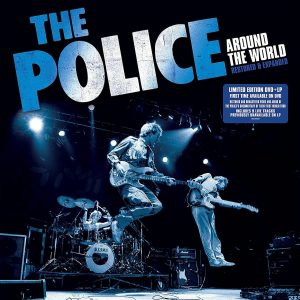 The Police
Around The World: Restored & Expanded

THE EDITED PRESS RELEASE: “Embarking on their first world tour, The Police journeyed through six continents in 1979 and 1980. Capturing behind–the-scenes footage and candid personal moments as the band explores new terrain, The Police: Around The World Restored & Expanded displays the beginning of their meteoric rise to worldwide fame. A poignant snapshot of this pivotal moment in their career, The Police: Around The World Restored & Expanded blends footage of the band performing live with intimate footage of Sting, Andy Summers and Stewart Copeland exploring Japan, Hong Kong, Australia, India, Egypt, Greece, France, South America, and the US. The band was filmed on and off stage as they visited local monuments, tasted foreign cuisines, and organically grew a global fanbase.” 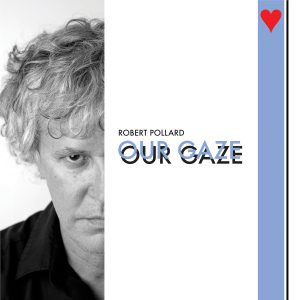 THE EDITED PRESS RELEASE: “On Oct 9, 2007, Robert Pollard simultaneously released two albums on Merge Records: Standard Gargoyle Decisions and Coast To Coast Carpet Of Love. Both now out of print, Pollard has reimagined and condensed the two as Our Gaze, a single 15-song album. Because it’s better.” 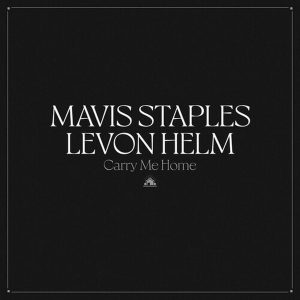 THE EDITED PRESS RELEASE: “Mavis Staples and Levon Helm’s mutual love and admiration is on full display on Carry Me Home, the new album which features a mix of Staples’ and Helm’s bands operating at the peak of their powers as they work their way through an eclectic setlist of tunes made famous by the likes of Nina Simone, The Impressions, Bob Dylan and The Rolling Stones. Captured live in the summer of 2011, Carry Me Home showcases two of the past century’s most iconic voices coming together in love and joy, tracing their shared roots and celebrating the enduring power of faith and music. The setlist was righteous that night, mixing vintage gospel and soul with timeless folk and blues, and the performances were loose and playful, fueled by an ecstatic atmosphere that was equal parts family reunion and tent revival.” 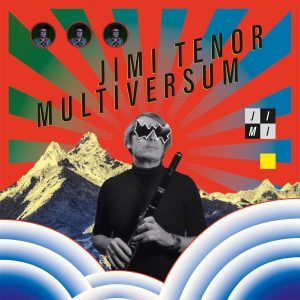 THE EDITED PRESS RELEASE: “Jimi Tenor has always been something of a Renaissance man. On leaving his Finnish homeland for New York in the early 1990s, and later as he travelled through Europe, he quickly discovered what he calls his ikigai, his great joy in life: to record and produce music in DIY mode at home with the most rudimentary of means, spontaneously and intuitively. In more than 30 years of making music, Tenor has remained true to his ideal, whether as a solo artist on his early electronic albums or in the widely diverse collaborations and constellations which followed (with the likes of Tony Allen, Kabu Kabu, Abdissa Assefa). Multiversum is a record which provides further proof of Tenor’s versatility. Based on drum machine beats and synthesizer loops, Tenor’s music invites the listener to drift into open, limitless expanses – he is a master of the unforeseeable, audibly infusing all twelve new tunes with a sense of joie de vivre and intuition, with no recourse to standards. Multiversum is a declaration of love to the DIY spirit, somewhere between bedroom jazz and deviant techno.”