Their roots are showing.

If you remember buying Blondie’s first album when it came out, I wager yours might be too. And I bet they’re at least a little grey. You see, it’s now been 25 years — a full quarter of a century — since Debbie Harry marched out of CBGB on her stilletto heels with her bandmates to take over the world. So what better excuse to reissue the group’s first six albums in digitally remastered form, with extra tracks?

I’m fairly sure Blondie would approve, and not just because they’re getting paid. Blondie were, after all, a band that knew how to recycle — Harry’s bombshell looks came from Marilyn Monroe, the band’s name was straight outta Dagwood, and their music mined the melodies and harmonies of ’60s girl-group pop, then kicked it up a notch with the grit of ’70s punk to forge one of the most successful sounds of the new wave ’80s. With the gift of 20/20 hindsight, it’s easy to see that their career can be pretty neatly bisected into two equal halves, with Heart of Glass as the dividing line. Before that, they were Noo Yawk pop-punks with plenty of street cred. After, they were MTV superstars with gold records. Whichever version you prefer (I’m not taking sides), some of these discs — many of which have been unavailable on CD for quite some time — will feed your jones. 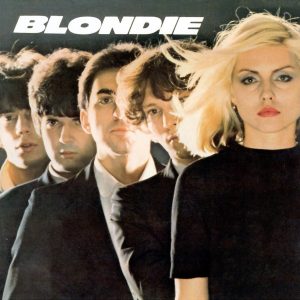 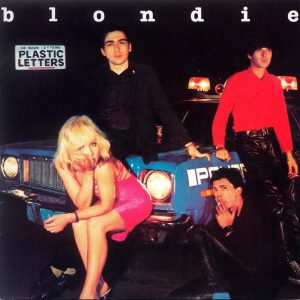 Punk nostalgists will want to veer towards Blondie and Plastic Letters, the band’s first two albums. While most of these songs never made it on the radio, punkishly poppy tunes like X Offender, Little Girl Lies, Denis and (I’m Always Touched by Your) Presence, Dear, belong on any Blondie mixtape. The real selling points, though, are the beefed-up sound and extra material. Blondie comes with five tunes: Single versions of X Offender and In the Sun, a cover of The Shangri-Las’ Out in the Streets and demos of The Thin Line and Platinum Blonde. (Completists will notice that many of the extra tracks on these CDs aren’t new; they were on the band’s ’94 Platinum Collection. Even so, it’s nice to see them included here in the right context.) Letters has four extras, including the jangly album outtake Scenery, the piano ballad B-side Poets Problem, a hopped-up live version of Detroit 442 and — most historically important — a 1975 demo called Once I Had A Love (aka The Disco Song), a slower, more lilting early version of Heart of Glass. Pop stardom was not far off. 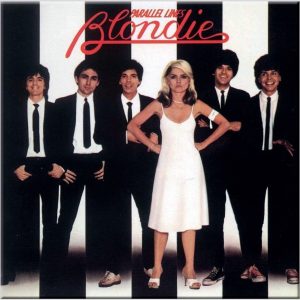 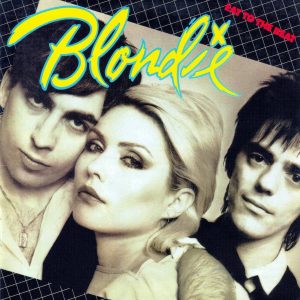 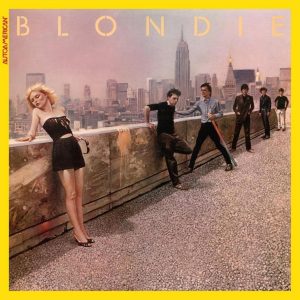 In fact, it came less than a year later, with the 1978 breakthrough album Parallel Lines and its followups: The smash Eat to the Beat (1979) and the more ambitious and inconsistent Autoamerican (1980). Along with Heart of Glass, these albums hold the bulk of the band’s hits: Hanging On The Telephone, One Way or Another, Dreaming, Union City Blue, Eat To The Beat, Atomic, The Tide is High and Rapture, aka the first rap song most white folks heard. Parallel Lines includes four extra tracks: Live versions of Hanging on the Telephone, the album track I Know But I Don’t Know and T. Rex’s Bang A Gong (Get it On), and another work-in-progress of Once I Had A Love, this one from ’78 and slightly closer to the final take. Eat To The Beat has more live recordings: The reggae-tinged Die Young Stay Pretty, punky covers of The Four Tops’ Seven Rooms of Gloom and David Bowie’s Heroes (all taken from a ’79 New Year’s show), and a live raveup of Johnny Cash’s Ring of Fire. Autoamerican includes their other hit — Call Me, from the American Gigolo soundtrack — along with the B-side ballad Suzy and Jeffrey and an extended disco mix (remember those?) of Rapture. 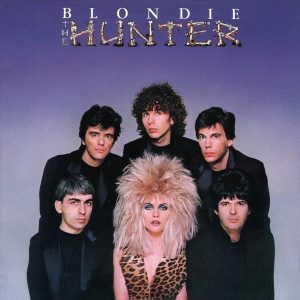 All in all, it was a helluva three-year run. It probably seemed too good to last. And it was. Shortly after Autoamerican, the band basically fell apart over the usual rock-star issues — missing funds, legal debates, solo ambitions. The Hunter (1982) was reportedly only made to fulfill the terms of their contract, and it sounds like it. On most of these songs, the band sound as dispirited as they look on the hideous album cover. For the diehards, though, there are a few highlights: The Tide is High knockoff Island of Lost Souls, the funky Dragonfly, the rejected James Bond theme song For Your Eyes Only. Here, the only leftover is an extended version of the new romantic War Child.

And that was the end of Blondie — at least until the band reformed in the late ’90s and issued the politely received comeback disc No Exit. But that’s another story of blond ambition.