Welcome to Week 2 of the fall music calendar. Things aren’t quite as insanely busy as last week, but there are still plenty of interesting new (and old) titles on the way to hold your interest. Here are 10 of the more prominent titles to add to your playlist: 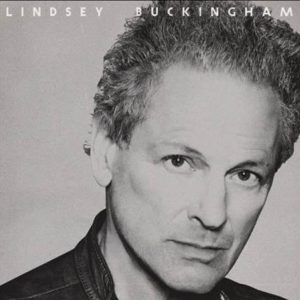 THE EDITED PRESS RELEASE: “Lindsey Buckingham’s self-titled album is his first solo release since 2011’s Seeds We Sow and follows his departure from Fleetwood Mac. As with the seven studio and three live albums he has released as a solo artist beginning with 1981’s Law and Order, the new project showcases Buckingham’s instinct for melody and his singular fingerpicking guitar style, reaffirming his status as one of the most inventive and electrifying musicians of his generation. It was written, produced and recorded by Buckingham at his home studio in Los Angeles. “I wanted to make a pop album, but I also wanted to make stops along the way with songs that resemble art more than pop,” he says. “As you age, hopefully you keep getting a little more grounded in the craft of what you’re doing. For me, getting older has probably helped to reinforce the innocence and the idealism that hopefully was always there.” 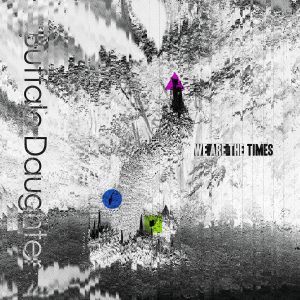 Buffalo Daughter
We Are The Times

THE EDITED PRESS RELEASE: “Buffalo Daughter are a three-member group consisting of Sugar Yoshinaga, Yumiko Ohno and MoOoG Yamamoto, often augmented by a drummer and other guests. Their sound is heavily influenced by German progressive rock and techno pop, but also includes bits of dub, club, shoe gaze and post-rock influences. Given their mix and match style, and that they emerged in the mid-90s, they are often considered as part of the Shibuya-kei movement. This versatile group has collaborated with a wide range of artists including the French ambient pop group Air, former member of techno-pop pioneers The Plastics, idol Ami Suzuki, veteran Mari Natsuki, Takako Minaka, Cornelius, Naoko Yamano of Shonen Knife and Cibo Matto. Sugar also sometimes plays in the side project band Metalchicks, and has toured the States and Europe with them. While keeping themselves busy with the tour life, Buffalo Daughter also find it interesting to collaborate with the visual artist such as graphic artists and painters. The band has the history of having close relationships with the artists and that gave them some opportunities to perform at the gallery and museum in the past.” 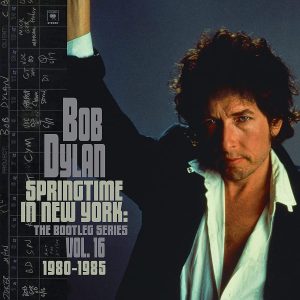 THE EDITED PRESS RELEASE: “The latest chapter in the highly acclaimed Bob Dylan Bootleg Series revisits an often-forgotten, rich vein in Dylan’s vast and complex catalog, shining fresh light on the provocative new musical directions Dylan was taking as a songwriter and a recording artist from 1980 through 1985. In the early 1980s, while the music industry was grappling with the arrival of new trends and technology, from MTV to compact discs to digital recording, Bob Dylan was writing and recording new songs for a new decade, creating an essential new chapter in his studio catalog. Springtime In New York (1980-1985) celebrates the rich creative period surrounding Dylan’s albums Shot Of Love, Infidels and Empire Burlesque with previously unreleased outtakes, alternate takes, rehearsal recordings, live performances and more. The deluxe 5CD edition of the album presents 57 rare Bob Dylan recordings, 54 of them previously unreleased in any format.” 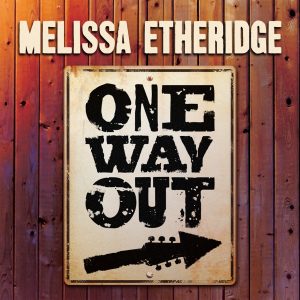 Melissa Etheridge
One Way Out

THE EDITED PRESS RELEASE: “One Way Out is a collection of music written by Melissa Etheridge in the late 1980s and early 1990s that never made the cut. Until now. Etheridge stumbled upon these decades old songs/demos years ago while gathering materials for a box set. As she went through the songs, it brought her back to the start of her career and how they just weren’t right for that particular time or album. Some of the tracks were written before she had even come out and never felt comfortable releasing them. In 2013, the singer found herself back at Henson Studios in Los Angeles with her original band (Fritz Lewak, John Shanks, Kevin McCormick) and would give these songs a new life. Shortly after she finished the records, she would part ways with her label and the box set was shelved. Melissa would begin working on new material and once again, those songs were set aside. That is, until 2020 when the time was finally right.” 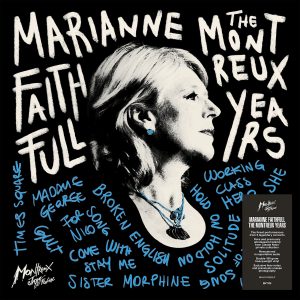 THE EDITED PRESS RELEASE: “Instantly recognizable with her raw, varied vocal talents and tangible charisma, Marianne Faithfull has been a long-time friend of the Montreux Jazz Festival, appearing five times over a nearly 15-year period: 1995, 1999, 2002, 2005 and 2009. The first live album of Faithfull in over 10 years, Marianne Faithfull: The Montreux Years opens with an enchanting rendition of Van Morrison’s Madame George, recorded live at Auditorium Stravinski on July 10, 1995, where Faithfull’s powerful range and unfaltering dynamism was instantly apparent. The singer’s fans can immerse themselves in these unique recordings, which include several songs from her celebrated album Broken English, such as an electrifying, guitar-heavy performance of the title track, the soaring Guilt and John Lennon’s rousing anthem Working Class Hero. Meanwhile, the haunting sensitivity of Strange Weather, recorded live at Casino Barrière on July 6, 2005, captures the bottomless depths of Faithfull’s brutal and ragged beauty.” 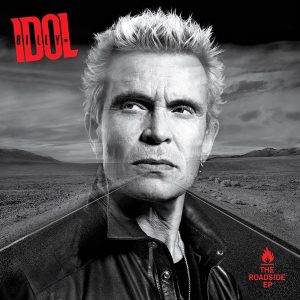 THE EDITED PRESS RELEASE: “Billy Idol is set to release a new EP, The Roadside — his first new release in nearly seven years. Produced by Butch Walker (Green Day, Weezer) and featuring Idol’s longtime lead guitarist and co-writer Steve Stevens, The Roadside was conceived, recorded, and mixed almost entirely under the shadow of the pandemic. The lead single Bitter Taste features some of Idol’s most introspective and confessional lyrics ever, as he confronts death, rebirth, and his personal growth in the 31 years since his near-fatal 1990 motorcycle accident. “I think everyone has been feeling more reflective (during the pandemic). So, it seemed quite logical and natural to write something about my motorcycle accident,” Idol explains. “Certainly, the motorcycle accident was the catharsis, the wake-up moment. A little bit of me got left on that roadside. But it wasn’t necessarily a bad thing in the end; it was a wake-up call. Maybe on that roadside I left behind the irreverent youthful Billy and opened the door for a more attentive father and a more sensitive musician.” 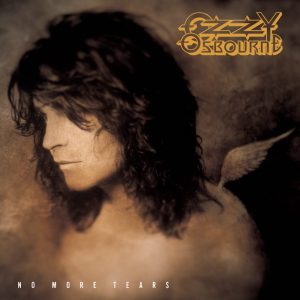 THE EDITED PRESS RELEASE: “More than 30 years after its release, Ozzy Osbourne’s sixth solo album — the Top 10 and quadruple platinum No More Tears will be celebrated with an expanded release. “I have a lot of great memories of making the album,” Ozzy says. “We worked hard on the record with John Purdell and Duane Baron, who became extra two members of the band. Before we went into the studio, we discussed what we were going to do–everything was planned. It’s so nice when you get a producer who’s more like a part of the band than them saying, ’nah, you do it this way.’ Because we write them and when you write the songs, you have a mental picture of how you think you want it to sound. Sometimes you’re surprised for the better, but other times you’re disappointed, but John and Duane did an extraordinary job on the album. It was really, really well done. Every song was worked on for a long time and we spent extra time trying to get things right. But there was also lots of goofing around and we had a good time making it. And Zakk’s playing on it is spectacular.” 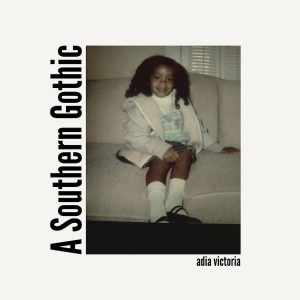 THE EDITED PRESS RELEASE: “With A Southern Gothic, Adia Victoria continues her journey through the conflicts of the American South and the troubling resonance of its past. Sonically, the album is full of frequent juxtaposition. It is equal parts historical montage and modern prophesy, dark and light, love and loathing. The 14 tracks are the musical embodiment of the relationship that so many people, especially Black women, have with the South. During the writing process, Adia listened to Alan Lomax’s old field recordings and the sounds became the heartbeat of her new music, upon which she and creative partner Mason Hickman later layered other parts. And in many ways, the story of working with Hickman to write and produce A Southern Gothic is as critical to the project as the stories Victoria tells across the album. “I would say that the philosophy behind this record is, ‘Necessity is the mother of invention,’” Victoria says. “It’s also, ‘When you don’t have excess, when that’s all stripped away, what you gon’ do with that?’ What art can you make from walking through your mother’s garden?” 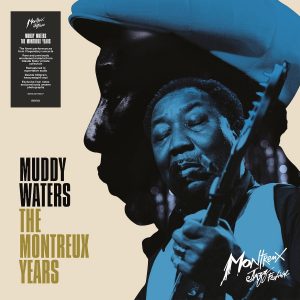 THE EDITED PRESS RELEASE: “An unstoppable blues colossus, the father of Chicago blues Muddy Waters was the hot ticket during his run of appearances at the Montreux Jazz Festival in the 1970s. Already a cultural and musical force to behold when festival founder Claude Nobs first caught him live in 1965, Waters found critical acclaim outside of the U.S., sparking the blues revival in the U.K. and finding a clamouring crowd in Montreux. The Montreux Years brings together an impressive repertoire of Waters’ blues classics, from the chugging standard Mannish Boyand genre defining I’m Your Hoochie Coochie Man to the stripped-back majesty of Rosalie, all oozing with effortless style and Delta swagger.” 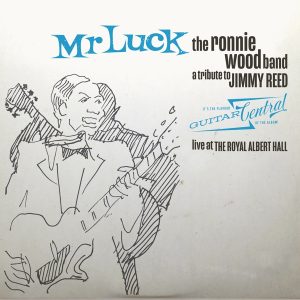 THE EDITED PRESS RELEASE: “Ronnie Wood and the Ronnie Wood Band return to the blues with the second installment of his live album trilogy — Mr. Luck, A Tribute to Jimmy Reed: Live at the Royal Albert Hall. The 18-track album features The Ronnie Wood Band including Mick Taylor with guests Bobby Womack, Mick Hucknall and Paul Weller, and pays tribute to one of Ronnie’s musical heroes and major influences: The Mississippi electric blues pioneer Jimmy Reed. Ronnie comments: “Jimmy Reed was one of the premier influences on The Rolling Stones and all the bands that love American blues from that era until the present day. It is my honor to have the opportunity to celebrate his life and legacy with this tribute.”