Truth be told, the pickin’s are a little slimmer than I was anticipating this week. A couple of releases I was looking forward to got bumped. And a couple of big-name offerings turned out to be glorified compilations or just plain meh, based on the advance singles I heard. Thankfully, all is not completely lost. There are still a few worthy offerings on the way. Namely: 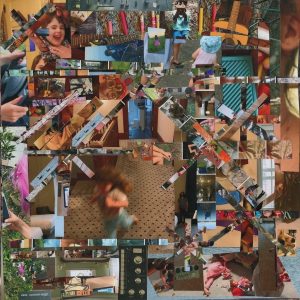 THE EDITED PRESS RELEASE: “After decades on the road and the never-ending hustle of life as an artist, Lou Barlow has tapped into a new confidence in the chaos. In 2021, the concept of balance feels particularly intimidating. Now more than ever, it’s clear life isn’t just leveling out a pair of responsibilities. Instead, we’re chasing after a flock of different ideals with a butterfly net. On Barlow’s new solo album, Reason To Live, he has come to an understanding of that swirl rather than trying to contain it. The multitude of whirring messages in Reason To Live are united by Barlow’s roiling multilayered arrangements and the understanding that change is inevitable–and that it can bring you a new reason to live in the darkest times. “This album is me really opening up, and the album follows that through its many different themes,” he says. “Some of my other work could be almost claustrophobic in its insistence on being all tied together but there’s space for people to live inside these songs.” 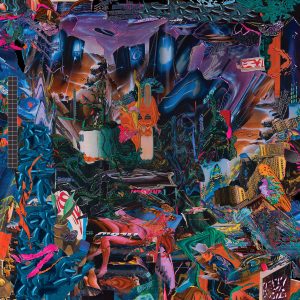 THE EDITED PRESS RELEASE: “Cavalcade is a dynamic, hellacious, and inventive follow-up to 2019’s widely praised Schlagenheim. It scales beautiful new heights, pulling widely from a plethora of genres and influences, reaching ever upwards from an already lofty base of early achievements. black midi — Geordie Greep (guitar, primary vocals), Cameron Picton (bass, vocals) and Morgan Simpson (drums) — picture Cavalcade as a line of larger-than-life figures, from a cult leader fallen on hard times and an ancient corpse found in a diamond mine to legendary cabaret singer Marlene Dietrich, strolling seductively past them. “When you’re listening, you can imagine all the characters form a sort of cavalcade. Each tells their story one by one and as each track ends they overtake you, replaced by the next in line,” comments Picton. With original band member guitarist/vocalist Matt Kwasniewski-Kelvin taking time away from the group to focus on his mental health, black midi chose to augment their sound on Cavalcade, rather than replicate it, with saxophonist Kaidi Akinnibi and keyboard player Seth Evans.” 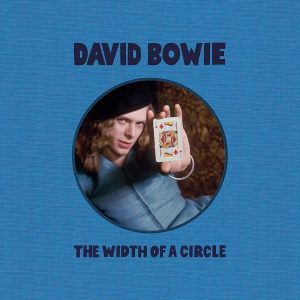 David Bowie
The Width Of A Circle

THE EDITED PRESS RELEASE: “Last month saw the 50th anniversary of the original U.K. release of The Man Who Sold The World, David Bowie’s landmark entry into the 1970s. The album began the collaboration with guitarist Mick Ronson that would continue with such classics as Hunky Dory, Ziggy Stardust and Aladdin Sane. The 2020 re-release of The Man Who Sold The World restored the album’s intended title Metrobolist, while featuring a new mix by original producer Tony Visconti. Taking its name from the album’s opening track, which was named after a painting by Bowie’s friend George Underwood, the new two-CD set The Width Of A Circle acts as a complementary piece to that album. Its 21 tracks feature non-album singles, a BBC In Concert session, music for a TV play and further Visconti remixes wrapping up David’s recordings from 1970 and revealing the first sonic steps toward Hunky Dory.” 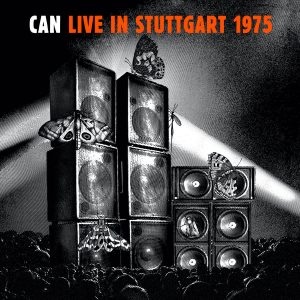 THE EDITED PRESS RELEASE: “Live in Stuttgart 1975 is the first of a curated series of Can live concerts available in full for the first time. Originally recorded on tape, these carefully restored live albums will comprise the entirety of each show in the format of a story with a beginning, middle and end, with Can’s performances taking on a life of their own. The Can Live series of releases are culled from the group’s best bootleg recordings, which were remastered and engineered under the supervision of founding member Irmin Schmidt and producer/engineer Rene Tinner. The band’s line up for this legendary 1975 performance features all four original members — Irmin Schmidt on keys, Jaki Leibezeit on drums, Michel Karoli on guitar and Holger Czukay on bass. Can’s powerful influence has never diminished, and their indelible mark is apparent in the bands who freely acknowledge their importance — from Portishead, James Murphy, New Order, Factory Floor, Public Image Ltd, Mogwai, Madlib and Radiohead — as well as across other disciplines such as visual art and literature.” 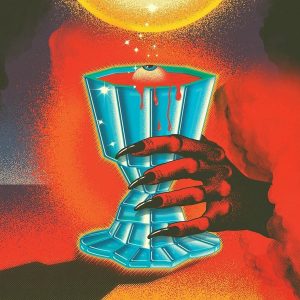 The Datsuns
Eye To Eye

THE EDITED PRESS RELEASE: “Six years hath passed since the last release action from NewZild’s most noted crafters of classic rock. A lengthy period of quiet has been broken, with a stash of fresh riffing & renewed wailing. What change might have come to bear in a half dozen years? Is the Datsuns tribe more world weary, more savvy, more learned…? Is all this on evidence in the capturing of the newly birthed sonic heft and hooks? Have these geezers still got what it takes? The exhibit — Album No.7 — Eye to Eye. The stylistic grasp of these 11 tunes wrap the locomotive chug of classic Ian Gillan/Ritchie Blackmore-helmed Deep Purple, seasoned nicely with generous servings of Jon Lord keyboard surge, to some updated glam boogie power chord-age, in a manner not dissimilar to the production shenanigans Josh Homme (that QOTSA fella) applies to his various projects. The result: An album entrenched in the past, remodelled for the future, one unknown & uncertain more than ever.” 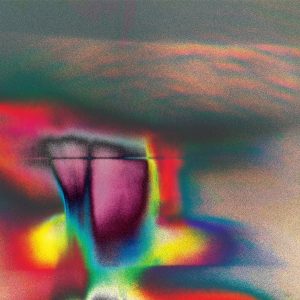 THE EDITED PRESS RELEASE: “The same crew as the boundary-pulsing improvisation record Bent Arcana — John Dwyer, Ryan Sawyer, Peter Kerlin, Tom Dolas, Brad Caulkins, Kyp Malone, Marcos Rodriguez, Ben Boye, Joce Soubiran, Laena Myers-Ionita & Andres Renteria — has made a trajectory shift and picked up Ben Boye along the path. The aptly named Moon Drenched is the second instalment from these sessions & keeps a heavy-lidded late-night perspective on things as it eases from the familiar liminal twilight of skittering hues of black-blue and snaking street groove to fizzing off into the ether in pursuit of lunar prism beams heretofore unseen. The more rhythmically dialed bits here have a lysergic halo of strangeness to them, and the wispy bits between are spun from an iridescent gossamer. It sounds like a frizzled message from a future just filthy with guitar hoots echoing of neon splattered high rises, oil-slicked waterways and skittering digital beasts.” 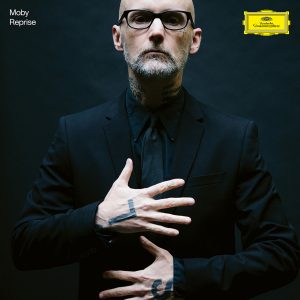 THE EDITED PRESS RELEASE: “Reprise sees Moby revisiting and reimagining musical highlights from his 30-year career. Together with the Budapest Art Orchestra, he has re-envisioned some of his most recognizable rave classics and anthems with new arrangements for orchestra and acoustic instruments. He’s also joined by a stellar lineup of guest artists from across the musical spectrum, including Alice Skye, Amythyst Kiah, Apollo Jane, Darlingside, Deitrick Haddon, Gregory Porter, Jim James, Kris Kristofferson, Luna Li, Mark Lanegan, Mindy Jones, Nataly Dawn, Skylar Grey and Víkingur Ólafsson. Reprise includes Moby’s biggest tracks, among them his breakthrough dance track Go, Extreme Ways (famous from the Bourne movie franchise), Natural Blues and Why Does My Heart Feel So Bad? Some of the new versions are sparser and slower, while others exploit the bombastic potential an orchestra can offer. Three decades into Moby’s career, Reprise is less of a greatest hits record and more of a chance to reflect on the way in which art can adapt over time to different settings and contexts.”