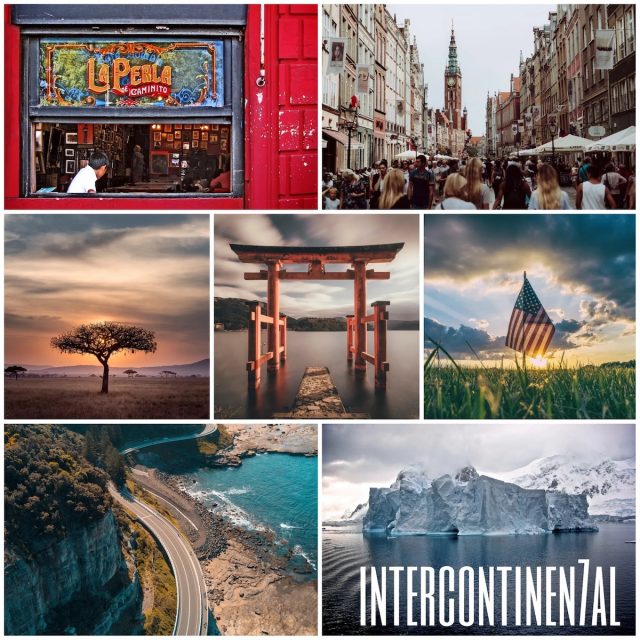 Thanks to the inexplicable popularity of my Submit Music page, I always have a digital backlog of albums, EPs, singles and videos awaiting my perusal. Here’s a recent must-hear from Intercontinen7al, a massive global collective who give a whole new meaning to world music with their eclectic sound — and definitely live up to their name to boot. If you’ve got something I need to hear, send it my way. If I think you’re half as good as you think you are, I just might include you next time.

THE EDITED PRESS RELEASE: “What began as a sonic experiment of recording music virtually among local bandmates in Columbia, Maryland has evolved into a worldwide collaboration. The band Intercontinen7al consists of multiple musicians spread across all seven continents (including two in Antarctica), who create original songs to prove that music can not only survive but thrive in these pandemic times. Their debut album Volume I includes the track Manor Hill, believed to be the first original composition recorded across all the continents. With all proceeds going to the GoFundMe COVID-19 General Relief Fund, the band aims to give back to those impacted over the last year.

In late August, Matt was walking when an idea struck him like a lightning bolt: What if the band adopted Foo Fighters’ Sonic Highways concept (recording with artists from several cities in the U.S.), but expanded it to include every continent to participate. Intercontinen7al was born, with the 7 inspired by the Tool song 7empest.

The band contacted friends, former bandmates and family members, and used BandLab to target by location and instrument type to establish additional musician connections. Europe is represented by musicians such as Marcin Nawrocki, who was recruited after flagging one of the band’s ideas for collaboration. To recruit musicians from Antarctica, Matt contacted numerous research stations to ask if anyone happened to be musicians.

The 22 artists who took part in Intercontinen7al Volume I are listed below. As of March 2021, the band has grown to 43 members — who are all working on ideas for Volume II, slated for release in the spring/summer of this year.