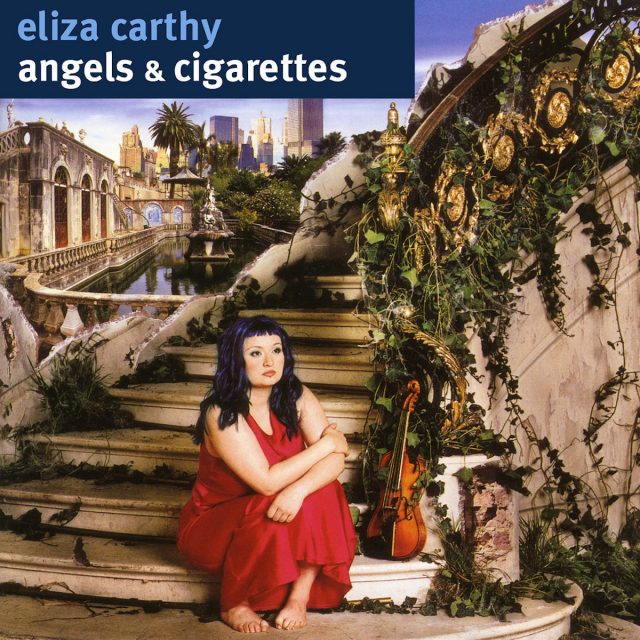 This came out in 2001 – or at least that’s when I got it. Here’s what I wrote back then (with some minor editing):

Don’t let the violin, the red satin dress and vine-laden marble staircase on the cover of Eliza Carthy’s new album fool ya. Look closer at her blue-streaked hair and multiple piercings — they’ll give you a clearer picture of where Carthy’s coming from.

The daughter of revered U.K. folkies Martin Carthy and Norma Waterson, 25-year-old Carthy makes her North American debut with Angels and Cigarettes, her fifth album. And she proves that while the apple might not fall far from the tree, it can still roll a long way. Fusing the earthy folk music she was raised on with the cutting-edge sound of trip-hop, Carthy outfits her silky, dulcet vocals and emotive violin lines with programmed beats and sweeping synths, creating seductive, hypnotic vibes that bridge the past and the future into a lush, heavenly present. But don’t think for a second that Carthy is just another Dido-ish Lilith Fairy; songs like The Company of Men — whose sexually frank, Liz Phair-ish lyrics can’t be quoted in a family newspaper — prove conclusively that Carthy is no angel. But you can see why she might fancy a cigarette.