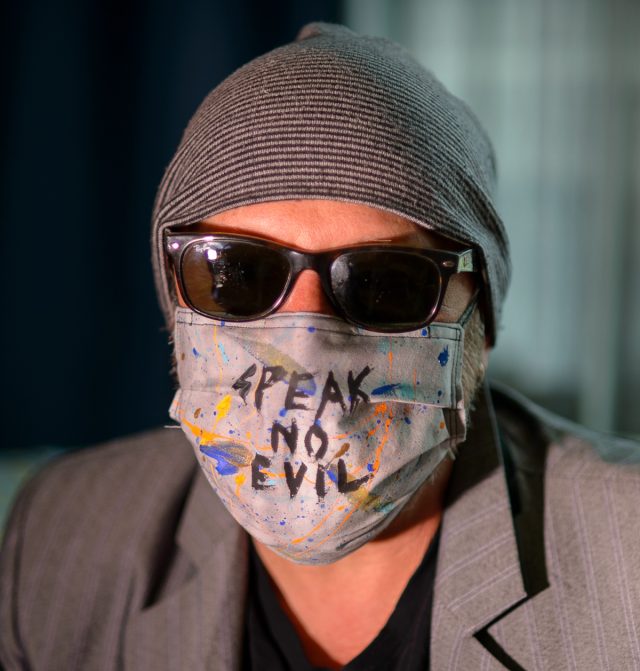 Tony D shut up and played his guitar on his new instrumental album Speak No Evil, which I showcased HERE back in September. Today, the Toronto fretboard master lets his fingers do the talking in a different way — by pecking out some answers to my lame questions. Let’s see if he’s still speaking no evil by the end of it all:

What is your musical origin story?
At the 13 I asked my papa for a guitar and he obliged. My older brother was bringing home all the great records and I wanted to make those sounds I heard on the recordings. I took about six months worth of lesson and then my instructor left and I basically taught myself afterwards.

What do we need to know about your latest project?
My latest project is a compilation of a multi-genre guitar instrumentals. Anywhere from blues, Spanish guitar rhythms, Gypsy jazz ideas, psychedelic blues and all points in between.

What truly sets you apart from other artists?
Even though I’m primarily known as a blues musician, I dig many different genres and styles of music, so you can hear all these different styles in my music and my playing,

What will I learn or how will my life improve by listening to your music?
You’ll swing and sway and get happy. Happiness is inside you and it’s got to come out.

Tell us about the first song you wrote and / or the first gig you played and what you got paid.
I used to play in a wedding/society band when I was 16/17 and I used to make between $200-300 a week back in ’79 — that was a whole lot of money back then. But I wanted to play blues, so I got a house gig with a local blues band making $75 per week, but got to play with Buddy Guy, John Hammond, Sonny Terry and Brownie McGhee.

What is the best / worst / strangest / most memorable performance you gave?
Eindhoven, Holland was memorable. We played a famous old jazz club. It was a matinee show from 4-6 but we played until past 8 p.m. because the people were having a time and would not let us go. The club didn’t mind at all.

What is the best / worst / strangest / most memorable performance you’ve seen another artist give?
The Stones were great, so was Muddy Waters. I’ve seen a few Flamenco players and dancers that were fantastic.

What do you want to be doing in 10 years?
Playing music.

What living or dead artists would you collaborate with if you could?
Muddy Waters.

What artist or style of music do you love that would surprise people?
I like so many styles it’s not too surprising. I dig Whitney Houston, for example. She’s not someone that would easily be associated with what I do, I guess.

What are your favourite songs / albums / artists right now?
I like Alive In Italia by Paul Reddick, Garret Mason, son of the late and great Dutch Mason, and I’m having another love affair with Led Zeppelin.

How about some other favourites: Authors, movies, painters, you name it.
I’ve been digging Haruki Murakami. His books get into surreality and psychedelic realms. The stories don’t seem to have a resolve until you dig deep and realize it’s there. Also the writing is very good, so resolve or not, it keeps you interested. Lately there have been some good movies like The Shape of Water and Jo Jo Rabbit. The reality is suspended, I like that.

Who would you be starstruck to meet?
I don’t know, but I’d like to meet many stars.

What’s your favourite joke?
My second fave joke (I have no idea what my fave is … yet): A guy walks into a bar with a duck on his head. Bartender says, “May I help you?” The duck says: “Yeah, get this guy off my ass”.

What do you drive and why?
I don’t have a license therefore I don’t drive. It’s a deliberate lifestyle.

What superpower do you want and how would you use it?
Flying — very fast and graceful flying with stealth mode. I’d take care of some shady business, I tell ya.

What skills — useful or useless — do you have outside of music?
Apparently, if I’m standing by myself, it tends to attract a small crowd — not because they know me; they just hover. It’s annoying.

What do you collect?
Stove-top mocha/espresso machines.

If I had a potluck, what would you bring?
Wine.

What current trend or popular thing do you not understand at all?
Reality shows and gossip entertainment shows.

Tell us about your current and/or former pets.
I had a dog named Lola in Italy.

If you could have any other job besides music, what would it be and why?
I would be a writer of some sort. I love the creative process.

What’s the best advice and/or worst advice you were ever given?
Stay warm.

Check out 70s Big Muff and more above, listen to the rest of Speak No Evil below, and keep up with Tony D via his website, Facebook and Instagram. 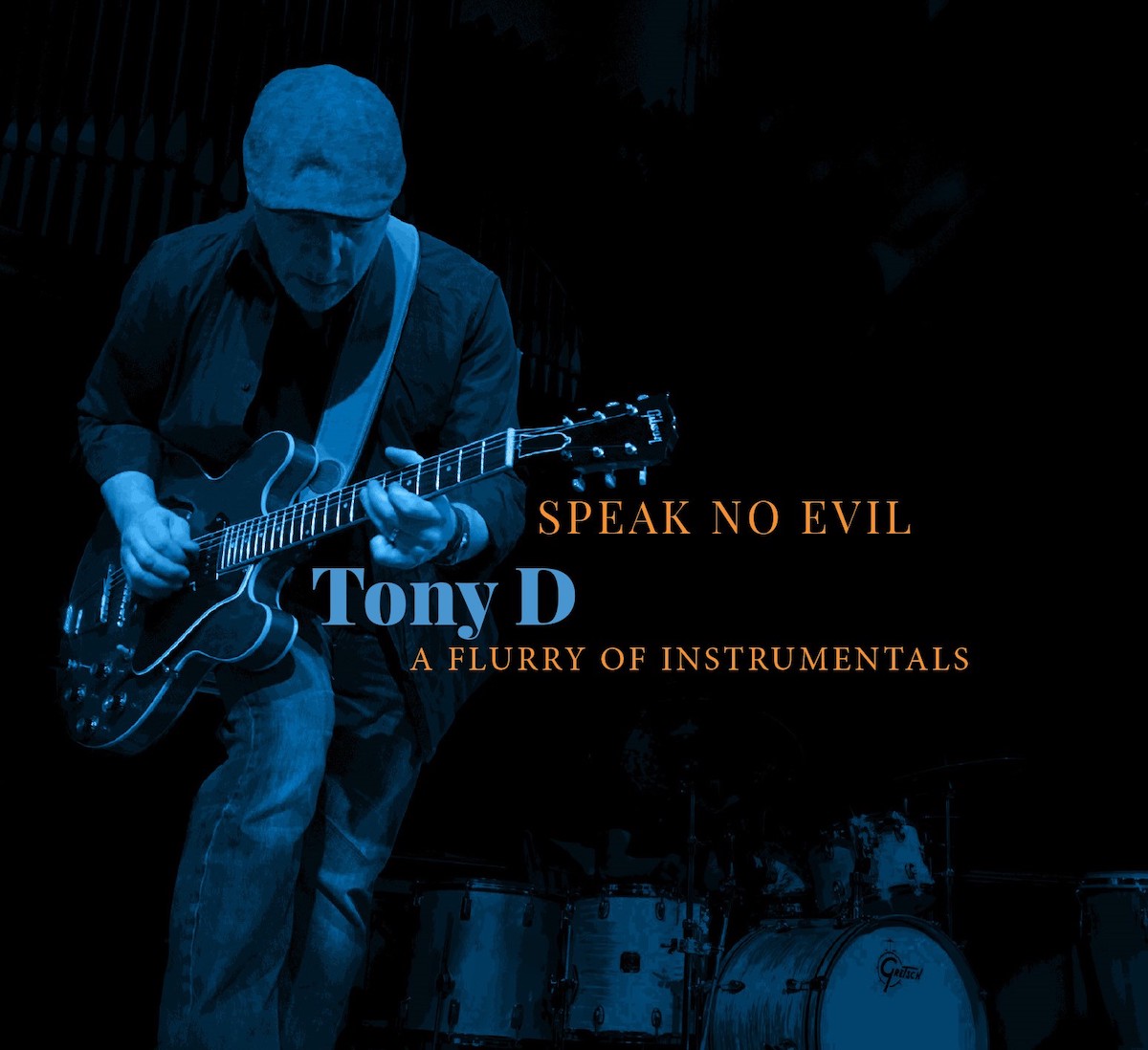 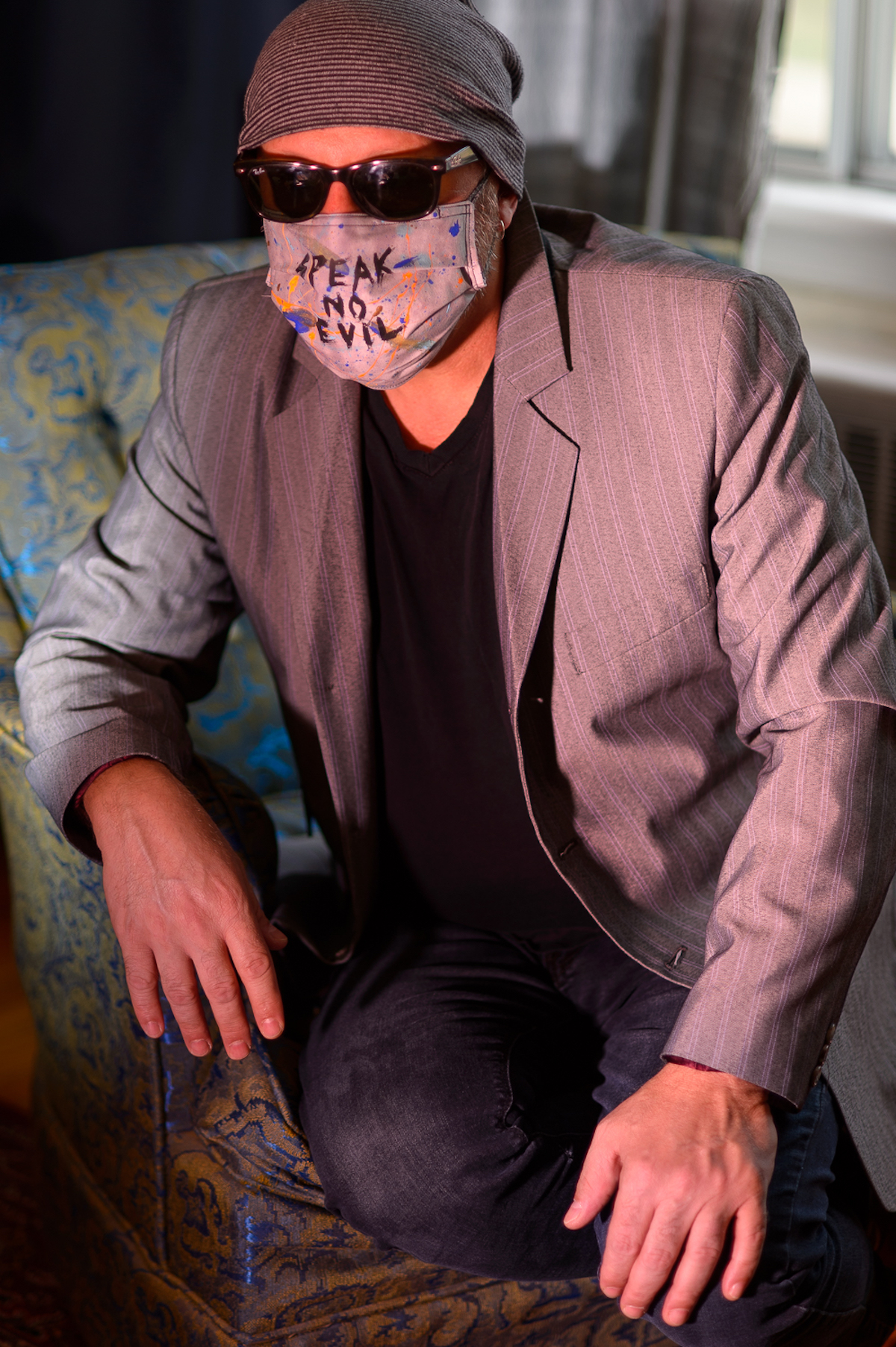