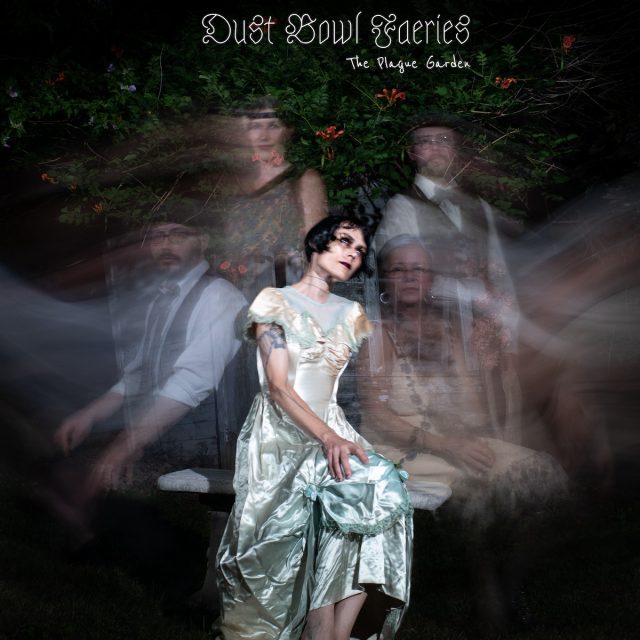 THE EDITED PRESS RELEASE: “The Plague Garden would never have come to life in this incarnation were it not for the 2020 plague, which is not to say that I am thanking the plague for the album,” smirks Ryder Cooley, self-proclaimed Faerie Queen of New York-based dark carnival band The Dust Bowl Faeries.“I am grateful that something creative manifested out of this dark and dormant time.”

Birthed from the current COVID-19 pandemic but sourced from music that spans decades, genres and continents, the surreal and gorgeously intertwined vaudeville, cabaret, klezmer and Eastern European music that this multi-generational five-piece presents is equal sprinklings of Gogol Bordello, David Lynch, Dresden Dolls and Dead Can Dance. Mystical and ethereal with enough chutzpah to keep the party going and adding to the air of fantastical elements that surrounds the band, The Dust Bowl Faeries were founded by Cooley and Hazel, a disembodied taxidermy ram who has become the band’s mascot/spirit animal. Rescued from a salvage company in Albany, Hazel has become a muse of sorts for Cooley and has been incorporated in performances. “Our breath mingles — mine in life, hers in death. Through me, Hazel visits the living. Through her, I travel into the cloven past. I feel Hazel’s death in my body as s/he becomes part of me,” she explains.

Kicking the album off unsettlingly with Overture (based on Chopin’s Funeral March, more commonly known as the creepy “Pray for the dead and the dead will pray for you” song), The Plague Garden is a wild and raucous ride through Eastern European rhythms, gothic folk, and indie-rock circus music. Equally diverse and fascinating, the songs run the gamut of topics from New Orleans voodoo rituals (Vampire Tango), scientifically reviving the extinct Pyrenean ibex (Ibex), getting lost in an enchanted forest in the Czech Republic (Forest of Breath), and the #metoo movement’s day of reckoning for the music industry (Sirens), among other esoteric and curious topics. 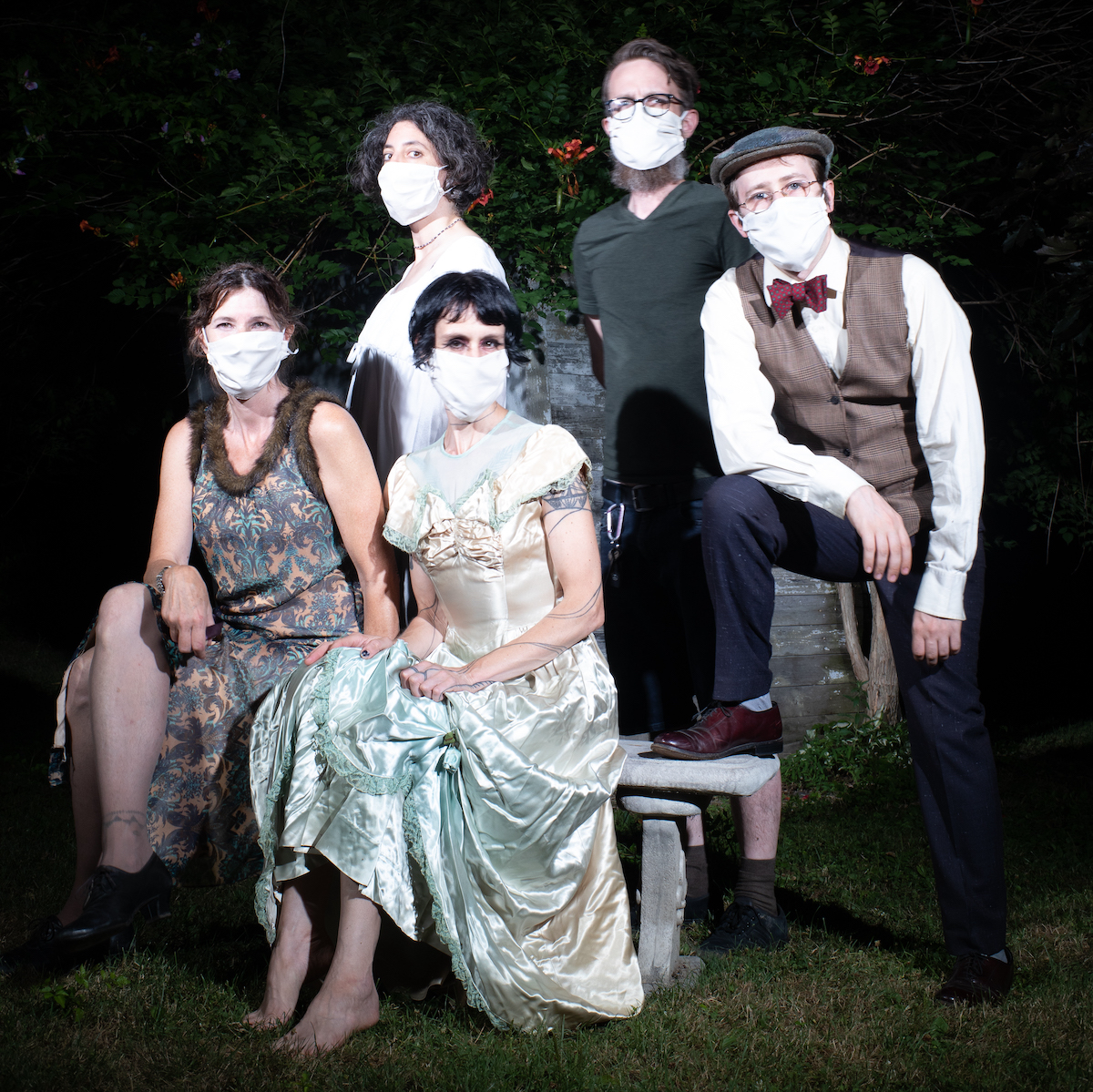 “I’ve always had one foot in the spirit world. I’m a changeling,” explains Cooley about her spiritual inspirations. “I’ve lived most of my adult life in subcultures where genders are fluid and ghosts are gods. I’m also an empath and my love of animals has driven me to write songs about all sorts of creatures, living, dead, mythical, and vanishing before our eyes. I can’t bring the extinct ibex back to life with a song, but I can summon their spirit and document their demise.”

One such song with a rather peculiar autobiographical and harrowing story is Cyanide Hotel. “I was living in a ramshackle neighborhood in Albany NY when, out of the blue, my housemate decided to poison herself with cyanide,” she reports matter-of-factly. “Unbeknownst to me, her ectoplasma entered my foot as I slept in the bedroom beneath her. Meanwhile, I got possessed with a project and slept in my studio for a few nights, until the Albany detective department tracked me down as a homicide suspect. The house was boarded up and deemed a bioterrorist site, and my foot grew to the size of a watermelon. Finally I realized the foot was possessed and I asked my witchy friend Sara Zar to perform an exorcism, which was successful. Soon thereafter, we wrote the song together.”

Structured around a traditional Yiddish folk song that Cooley’s grandmother taught her, the first single Candy Store is a fascinating and alluring Eastern European immigrant’s tale with added lyrics to flesh out the story. “My grandmother taught me the first verse of Candy Store when I was a kid,” she reminisces. “I have a good memory for anything morbid or morose, like twisted old faerie tales and nursery rhymes, so when I got my first accordion, the song just sort of just played itself.” Adding additional verses about jails (“written in support of the prisoner’s rights movement”), brothels (“written when I was living in a former red-light district”), and a madhouse (“I wrote that verse because I was locked up in a psych ward as a kid”), Cooley found the common element being liberation. “In all of the verses, the subjects break free from the chains that bind them,” she explains. “It’s a very uplifting and liberating song, even though it’s about pyromania.” 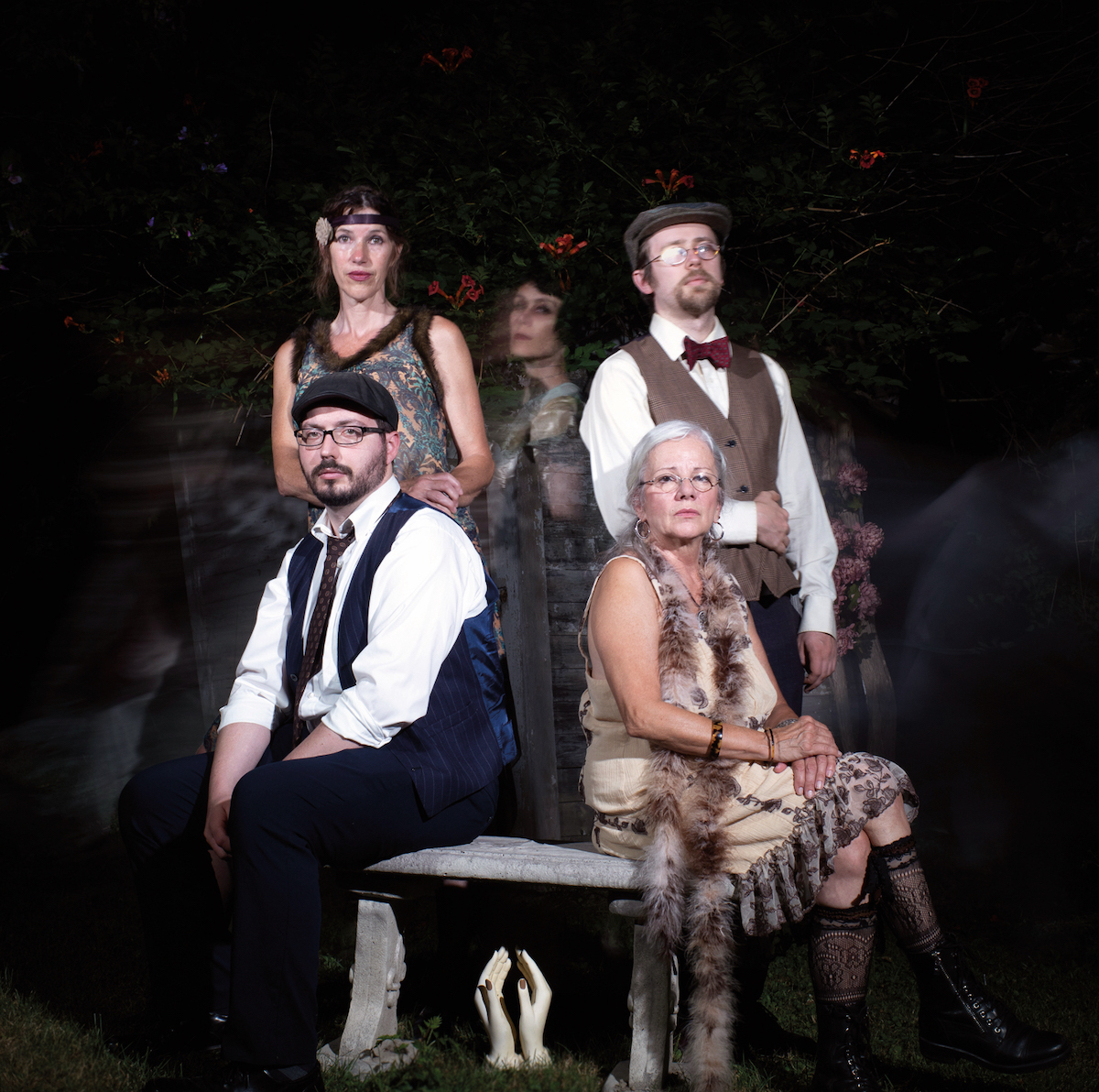 Starting in 2015 as an all-woman trio, The Dust Bowl Faeries are committed to working with as many women musicians and artists as possible, including their collaborative filmmaker Lisa M. Thomas (Thin Edge Films), who documents and adds visual flair to the band’s unique and arresting visuals. Now a multi-gendered band, they have released two EPs (2018’s The Dark Ride Mixes and 2019’s Beloved Monster) and a self-titled debut (produced by music critic Seth Rogovoy and featuring Tommy Stinson of The Replacements and Melora Creager of Rasputina).

Fascinatingly oblique while retaining all of its universal appeal, the music of The Dust Bowl Faeries escapes and embraces all genres of music. It’s music that’s anchored in time yet timeless … a contradiction in theory but at the same time, an exercise in fluidity and continuity.