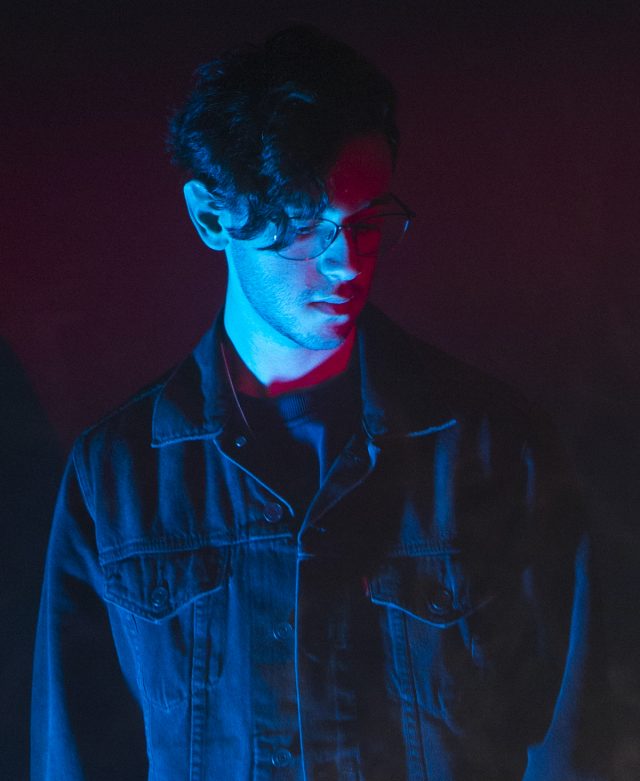 A few weeks back, Chris Grey shared his latest video and single Reasons on the site. Today, the up-and-coming alt-R&B popster tackles my unreasonable questions. Read all about it:

Introduce yourself: Name, age (feel free to lie), home base, other details you’d like to share (height, weight, identifying marks, astrology sign, your choice).
Hey, I’m Chris Grey. I’m a producer/singer/songwriter making alt-R&B Pop from Toronto. I’m currently 18 but I’ve been producing since I was about 11 I think.

What is your musical origin story?
I’ve always been surrounded by music growing up. My dad was a celebrity DJ in Jamaica in the ’80s so I grew up listening to a lot of old school Funk and Reggae. I had tried learning drums, piano, guitar but nothing really stuck. Once I found out about music production and started learning it though, that’s when I could finally start to make all the ideas I had in my head.

What do we need to know about your latest project?
It’s a six-track EP called Falling Apart that I’ve spent the last year and a half on. I made about 30 songs and picked the best six. I also produced, wrote, mixed and recorded the whole thing myself in my basement.

What truly sets you apart from other artists?
I think that I’m just as much of a producer as I am an artist so I put a big emphasis on the production in my songs. Also the fact that I do everything myself, from the mixing to my cover art.

What will I learn or how will my life improve by listening to your music?
One of the best parts of putting this project out in the world are some of the DMs I’ve received from people all over the world saying that one of the tracks hit them hard and mirrored what they were feeling and what was happening in their lives. One guy said he stayed up all night and listened to Falling Apart 60 times and that it got him through a dark night. None of us like to feel alone and it just seems to help to know that someone else has felt something we’ve felt or experienced. That one DM made all the hours finetuning each track and mixing and then re-mixing them until they were just right totally worth it.

Tell us about the first song you wrote and / or the first gig you played and what you got paid.
Well I’ve been writing songs for as long as I can remember but the first one that I actually remember was a song called Nostalgic. At the time I was doing EDM under a different name. I ended up finding this amazing singer Mikalyn online and got her to record the song. She’s now my best friend and we only met because of that song, which is pretty crazy.

What is the best / worst / strangest / most memorable performance you gave?
There was one performance I did with Mikalyn and for some reason every time when we practised the duet we would start laughing. When we did the actual performance we had to avoid eye contact the whole time but luckily we made it through without laughing.

What is the best / worst / strangest / most memorable performance you’ve seen another artist give?
The most memorable concert I’ve been to was definitely when I saw Chase Atlantic at the Velvet Underground. They were one of my favourite bands at the time (and still are) and it was so cool to be in a room full of people singing along to every word especially since I didn’t know anyone who had heard of them. Seeing one of your favourite bands in such an intimate setting like that is really special I think.

What do you want to be doing in 10 years?
Music.

What living or dead artists would you collaborate with if you could?
The Weeknd for sure. He’s been my favourite artist for a long time and is the reason I started listening to more R&B and Rap which is now mostly what I listen to. In some ways I actually already have made music with him but not directly. I sent him some beats he really liked and I think he might’ve written something on one but nothing ever came of it. Producing for him is definitely on my bucket list.

What artist or style of music do you love that would surprise people?
I’ve been getting into house music a bit recently and have been experimenting with adding some of those sounds and rhythms into my next project. I also used to be super into dubstep for a while and that was the only thing I listened to but that phase didn’t last too long.

What are your favourite songs / albums / artists right now?
I really love Banks’ last album III, so I’ve been listening to that a lot. I also love 88Glam’s new mixtape New Mania, but maybe I’m biased because I produced two songs on it.

How about some other favourites: Authors, movies, painters, you name it.
I’ve been super-inspired by these two directors who go by BRTHR. I think the music videos they’ve directed so far are super unique and innovative. I’d love to work with them one day.

Who would you be starstruck to meet?
I’m gonna have to go with The Weeknd again on this one.

What do you drive and why?
Well I don’t actually have my license yet so nothing right now. I’ve had my G1 for a long time but I’ve just been procrastinating taking my driving test.

What skills — useful or useless — do you have outside of music?
Photography is probably the main one. I used to be a nature photographer actually and even got a photo in Canadian Geographic magazine which was pretty exciting. I still use a lot of those skills when I film music videos or work on cover art now so it’s kinda come full circle which is cool.

What do you collect?
I’ve gotten into collecting vinyl, which has become a bit of an addiction. I’m a bit of an audiophile so once I heard one and how much more dynamics there were, I was in. I got my dad’s old vinyl collection from when he used to DJ, so that’s been really fun to go through.

If I had a potluck, what would you bring?
I’d probably go with mac & cheese because it’s one of the few things I can actually make.

Tell us about your current and/or former pets.
I have two cats, Butterscotch and Smokey. Smokey is the biggest cat you’ll ever meet. He’s not even fat, just a massive cat.

If you could have any other job besides music, what would it be and why?
Well my accounting teacher told me I’d make a great accountant so there’s always that but I’d probably go into film. I’ve always been super into cinematography and stuff like that.

What’s the best advice and/or worst advice you were ever given?
To say yes until you can afford to say no. I used to stay really in my comfort zone and say no to a lot of things but ever since I started saying yes a lot more opportunities have come my way. Even something like answering these questions I probably wouldn’t have done two years ago because I’m pretty introverted. 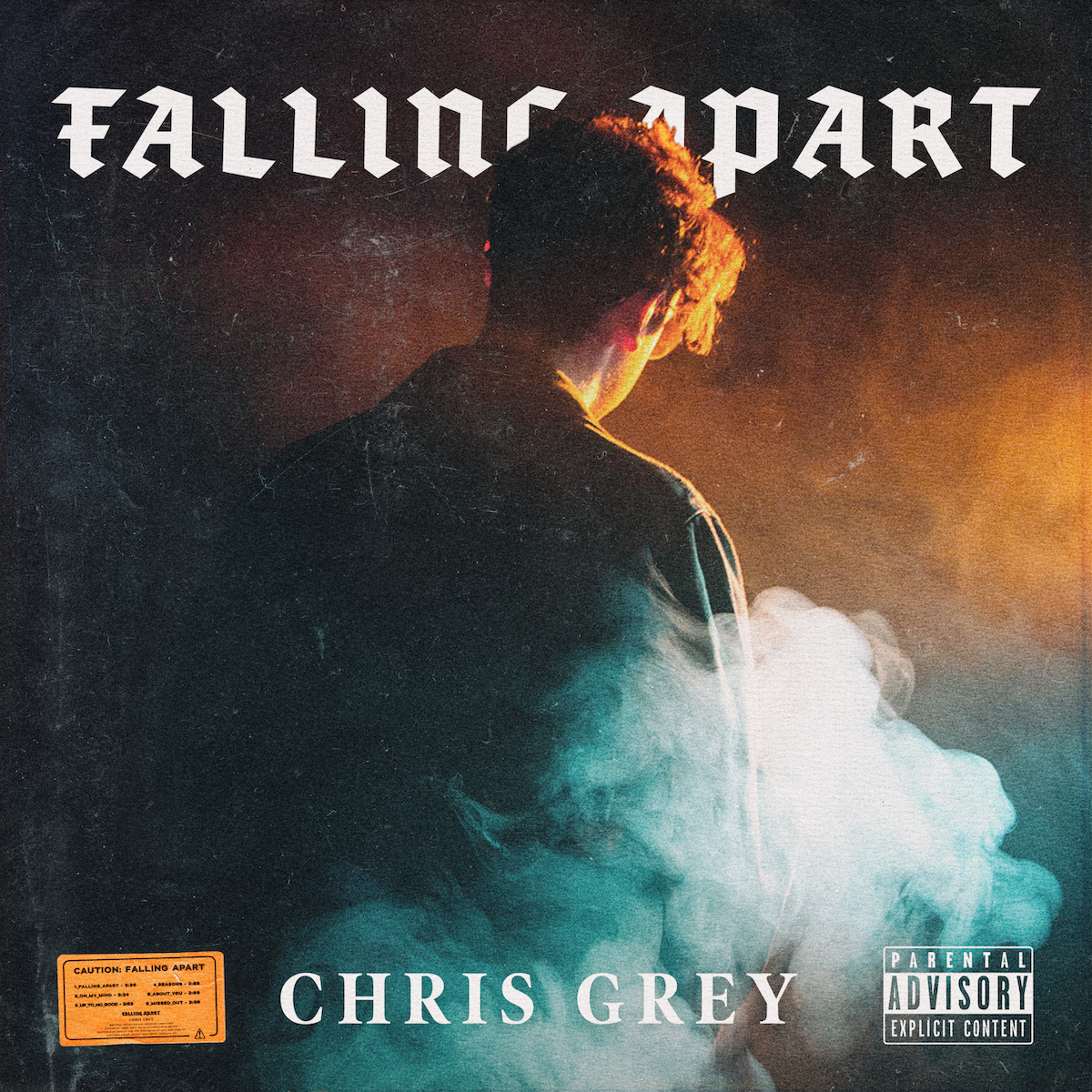