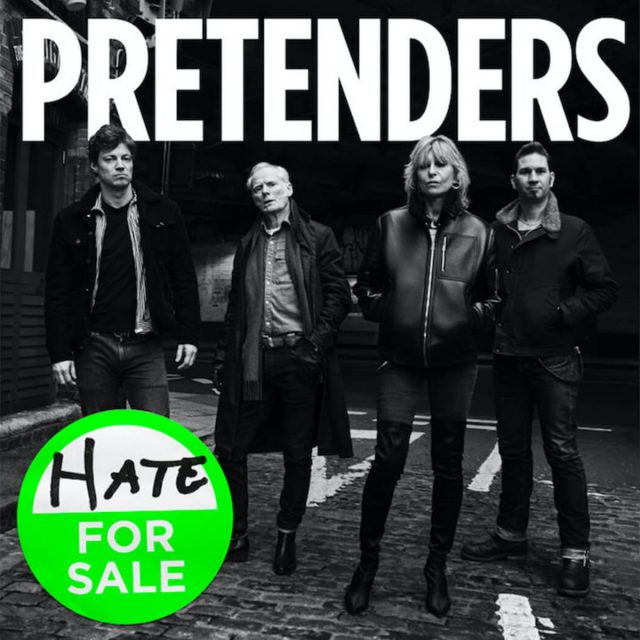 I would gladly pay to hear Chrissie Hynde sing the weather forecast. But I’d rather pay to hear her sing Pretenders songs. Especially with the actual Pretenders. Which is what she finally does again here. Unlike 2016’s Alone, which was a Hynde solo album under another name, Hate For Sale features the latest, long-serving incarnation of the band, including original drummer Martin Chambers and outstanding guitar slinger James Walbourne, with the latter co-writing these cuts. As you’d expect, they invest this batch of choppy post-punk and reggae-rock with all the slashing energy and thumping propulsion that Pretenders songs are supposed to have. I am also pleased to report that Hynde’s vocals cords still work their magic (at least on me) after all these decades, making the hair stand up on the back of your neck during the livelier moments and putting a tear in the corner or your eye on the ballads. Which is not to suggest that Hate For Sale is some sort of glorious throwback to the band’s halcyon days. Let’s not mince words: Nothing here is going to displace any of the classic songs of their first few albums from your playlist. But a few numbers like the Kid-influenced The Buzz, the harmonica-propelled title cut, the garage-rocker I Didn’t Know When To Stop and the hard-shuffling Turf Accountant Daddy just might make worthwhile additions to the roster. At least, that’s my forecast.

THE PRESS RELEASE: “The Pretenders are delighted to announce their brand-new album Hate For Sale, the first to be recorded with the now long-standing touring lineup of the group. Produced by the revered Stephen Street (The Smiths, Blur), Hate For Sale is The Pretenders’ 11th studio album and the first to be written collaboratively by Chrissie Hynde and electrifyingly dynamic guitarist James Walbourne. Speaking about writing with James for the first time, Chrissie added: “I wanted to write with him since Day 1. James is especially sought after and has recorded with Jerry Lee Lewis, Dave Gahan, and The Rails, to name but a few. We always planned on writing while on the road, but as anyone in a band will tell you, being on tour is a procrastinator’s dream come true.”