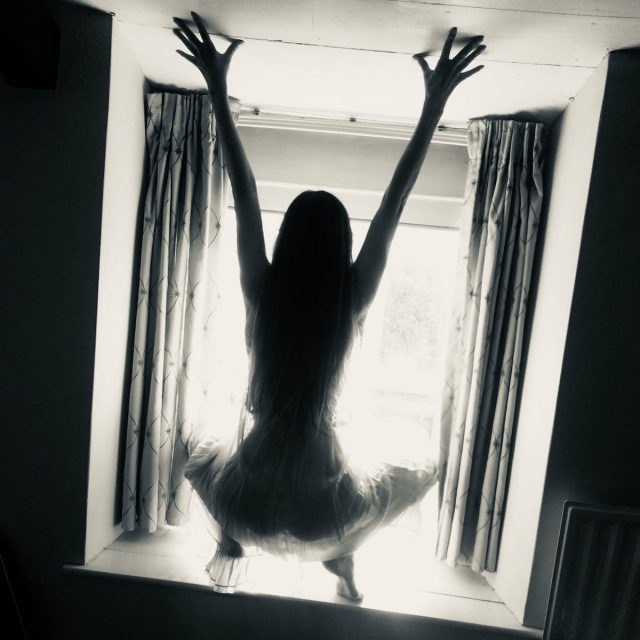 Back in the ’90s, aggressively iconoclastic sundress-sporting frontwoman KatieJane Garside prefigured the Riot Grrrl movement with the chaotic British noise-rock outfit Daisy Chainsaw. A generation later, she’s still making music from outside the margins with her guitarist husband (and former Ruby Throat partner) Chris Whittingham. On Geiger Counter, the first album from their latest incarnation Liar, Flower, Garside and Whittingham — who live on a sailboat at sea, believe it or not — cover multiple ends of the spectrum, moving between aggressively heavy indie-rock squalls, coldly shimmering alt-pop, avant-garde experimental, post-rock bossa novas and more. Of course, they’re all employed in service of Garside’s otherworldly vocals, which can move from girlish sing-song to ice-queen croon to screaming slasher-movie victim to a Waitsian growl with truly unnerving speed. It might take you a while to get your sea legs, but in the end it’s well worth it.

THE PRESS RELEASE: “Liar, Flower (KatieJane Garside of Daisy Chainsaw, QueenAdreena, Lalleshwari and Chris Whittingham) announce their digital album Geiger Counter. Stylistically varied, the album ranges from raw, bewildering, venomous rock to gentle folk musings. Garside and Whittingham have been living together on a small sailboat while raising their young daughter and have spent the past few years out at sea. In recent years the pair have lived a life of isolation, and the album reflects those experiences, coincidently fitting for the current times. Chris said “We’re just a tiny, super-self-contained operation with not much outside contact. It’s been 14 years and all our records are played, recorded, mixed, mastered, art-worked, videoed, etc., solely by us, and in the end there’s probably little else to say beyond the recordings. Liar, Flower is the reincarnation of their previous duo Ruby Throat, which released four albums and an EP between 2007 and 2017, as well as their 2018 compilations Stone Dress, and Liar, Flower. It began with Daisy Chainsaw in 1991 when Garside emerged as a furious icon of the alt-girl underworld in a torn dress and matted hair howling Love Your Money a confused and violent mixture of lust and loathing, then came QueenAdreena bolder, darker, louder, unpredictable and violent. Courtney Love proclaimed her as one of the three instigators of the Riot Grrrl scene, along with Courtney (of course) and Babes in Toyland’s Kat Bjelland, Katie has since gone on to inspire and enthuse a new generation of artists including Arrow De Wilde of Starcrawler, all while keeping her mysterious and creative integrity intact, a true artist in every sense.”