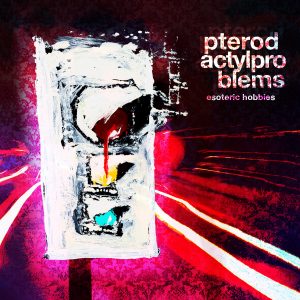 MY PITHY DESCRIPTION: The best bits of Weezer, Van Halen, Primus, The Killers, The Smiths, Foo Fighters, Queen and System of a Down — mixed with steroids and snorted. 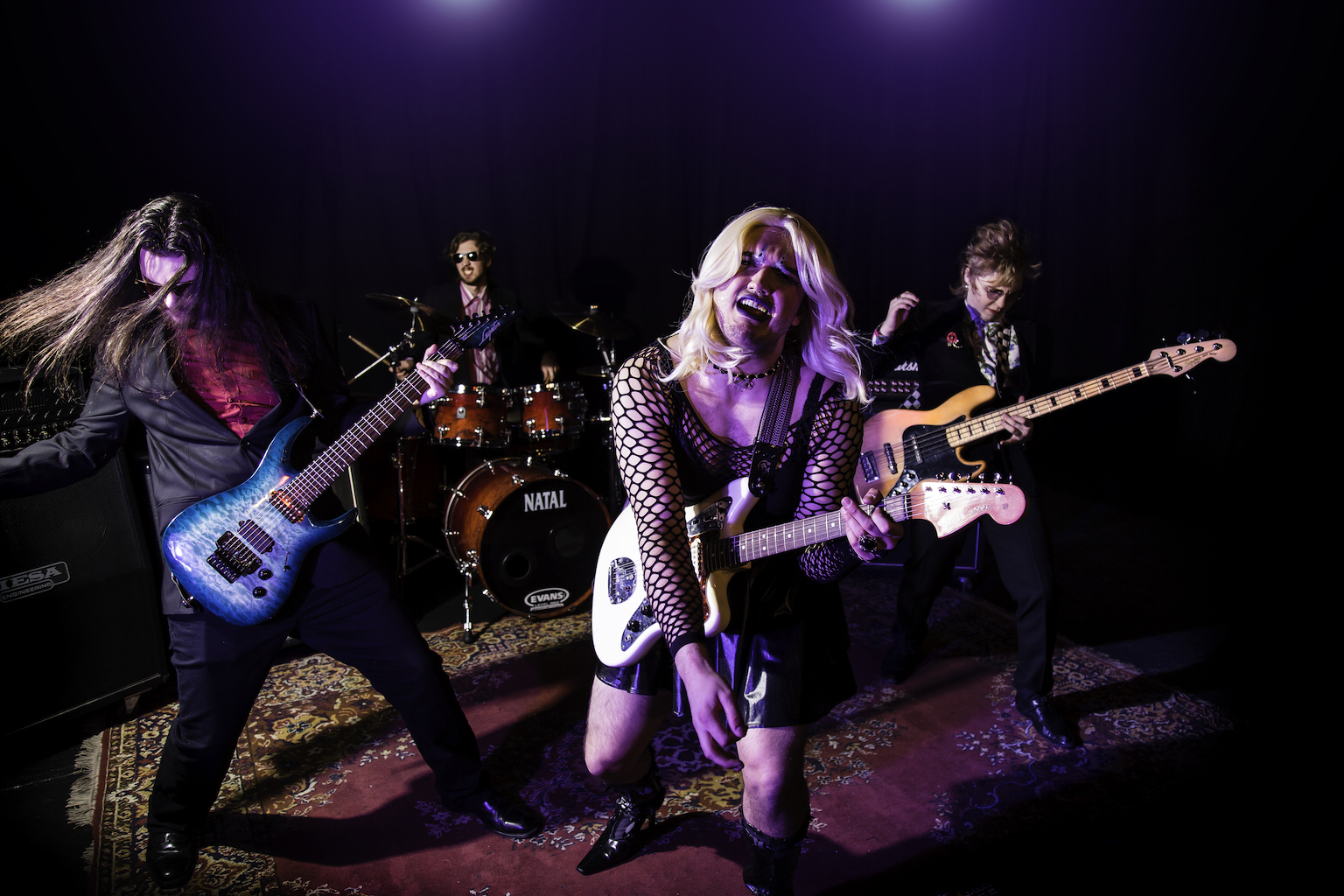 Fortune favours the bold. That also holds true for the different. The dangerous. And the just plain weird. Most bands like to think all of those adjectives apply to them. But they’re just kidding themselves. Young Toronto quartet Pterodactyl Problems — whose video Paresthesia premiered here a while back — are the exception that proves the rule. These guys clearly are unafraid to let their freak flags fly. And not just because frontman performs in drag. That’s definitely ballsy for a young rock band, even in these more tolerant times. But really, that’s window dressing; listen to their just-released full-length Esoteric Hobbies and you’ll hear what they’re really selling. Although firmly anchored in crunching indie-rock and pounding alt-metal, these songs colour way outside the lines, embracing and utilizing a vast array of sonic and stylistic influences to establish their individuality — and provide a musical breadth and depth to match their singer’s uncompromising dark-night-of-the-soul lyrics. In a world of cookie-cutter bands, Pterodactyl Problems are bringing something different, dangerous and just plain weird to the table. For my money, that’s reason enough to check them out.

“Pterodactyl Problems have risen to save rock from extinction — and not a moment too soon. These fiercely original Torontonians are a gender-bending, genre-defiling hybrid gene-spliced from four distinct personalities: An outrageous frontman who probes dark emotional truths while clad in full drag; two unrepentant metalheads underpinning his devastating messages with crushing intensity; and a meticulous musical mad scientist sprinkling jazz, blues, classical and more into their alt-metal DNA. It aligns in their debut album Esoteric Hobbies — a dynamic, diverse disc that heralds the next stage in the evolution of rock. Those lucky enough to witness their high-energy performances know the awesome power of this four-headed, fire-breathing beast. The world won’t be far behind. It’s evolution, baby. Just in the nick of time.”