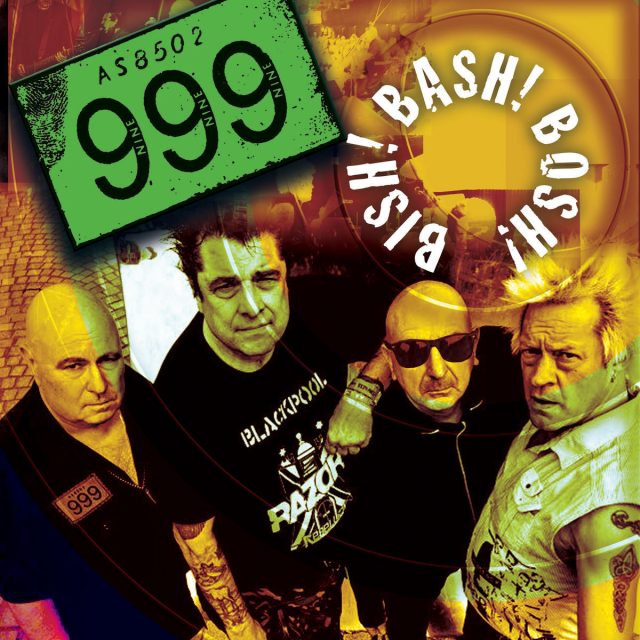 This week in Comeback Albums Nobody Asked For: 999, the long-forgotten British punks who brought you the sinister anthem Homicide more than four decades ago, have resurfaced with their first new album in over a decade. As you might expect, it’s got a lot of songs that feature the same chugging mid-tempo guitar riffs, snarling vocals and vaguely menacing tone of their biggest hit. But here’s a pleasant surprise: Most of these songs are way catchier and cooler than you might expect from a throwback comeback by a bunch of seniors. Guess it doesn’t matter if you can’t teach an old punk new tricks — long as they can still pull off the old ones, of course.

THE PRESS RELEASE: “Bish! Bash! Bosh! is about cooking up a storm with our music,” explains vocalist and guitarist Nick Cash of significant and essential English punk rock outfit 999. “There’s one thing that it has always been about in everything that we have ever done and that’s freedom, and of course dancing.” The band’s first new studio album in over 13 years is a testament to their legacy. It includes 15 original songs that crackle with energy, verve and inspired songwriting. From people that hear voices in their head (Crazy Tuesday World) to paranoia surrounding guns and shooting people (Shoot) to frustration with the modern world (I Hate It All) to PTSD (My Dad Trashed My Submarine) to getting your head out of the sand and accepting the need for change (Don’t Want To Know) — 999 examines real life problems within society. Named after the United Kingdom’s emergency telephone number, 999 was founded in London during 1976 by Cash and Guy Days. They released 14 singles and 12 studio albums between 1978 and 2007, and their internationally known and iconic punk rock anthem Homicide ended up breaking the Top 40.