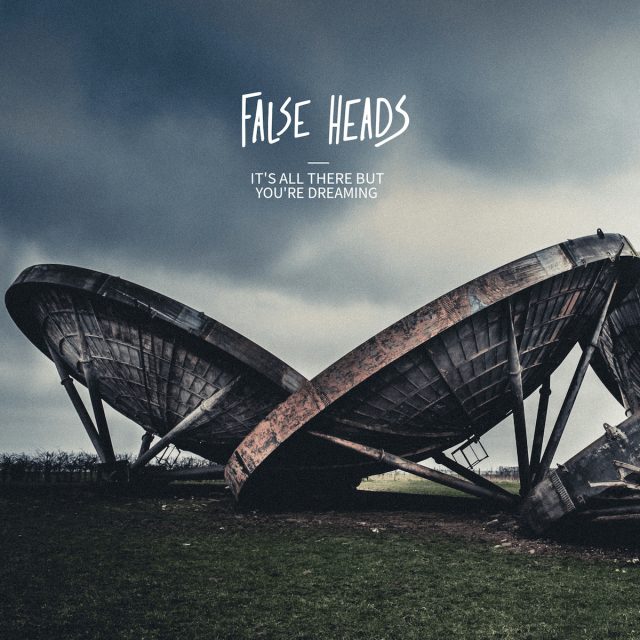 THE PRESS RELEASE: ‘London’s False Heads release their debut album. It’s All There But You’re Dreaming is a culmination of four-plus years of hard work from the post-punk trio, who have been going in at full pelt since 2015. The 12 tracks delve deep into the world of gnarly, outspoken real-talk, riff-heavy rock music delivered with maximum authenticity and passion. Without a doubt one of the most followed up-and-coming U.K. bands from the last few years, False Heads have delivered a journey of social subject matters, cultural talking points, political opinions and everything in between. It’s All There But You’re Dreaming tackles topics that Luke Griffiths, Jake Elliott and Barney Nash have openly talked about in their lyrics since starting out, making this album their own musical timeline.”

MY TWO CENTS: Straddling the razor wire-topped fence between American grunge and British post-punk, this up-and-coming London power trio distinguish themselves by packing this debut disc with an apparently endless supply of outsized riffs — not to mention plenty of slamming beats and a singalong chorus now and then. It’s all here.