Another Friday looms. And you know that that means: Another tsunami of new releases. But before that musical wave crashes into your world and deluges your playlist, here are some titles from this week (and last) to check out while you still can. I’ve included Bandcamp links wherever possible so you can score the tunes straight from the source. 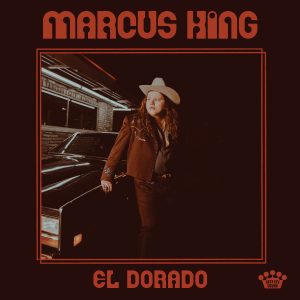 THE PRESS RELEASE: “A 23-year-old guitar phenom and innovative songwriter, Marcus King can simultaneously switch from swaggering rock to supersonic soul – with his vocal powers taking center stage on debut solo record El Dorado, out now. The album is a Dan Auerbach produced, genre-bending release from a world-class young talent, that will establish him as one of the most soulful voices of his generation.”

MY TWO CENTS: Some guys know how to mix it up and some guys don’t. King is one who does — his debut bounces back and forth from blues-rock to country to southern soul and Americana, but hangs together on the strength of his Rod Stewart rasp and solidly grounded songwriting. Another winner from the house of Auerbach. 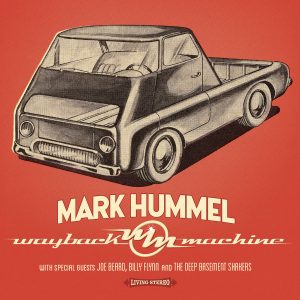 THE PRESS RELEASE: “Grammy-nominated harp ace Mark Hummel is moving forward by looking backwards on his new Electro-Fi CD release Wayback Machine, and he’s picked a sweet spot in blues history to explore, the glorious Bluebird Records sound of the 1930s and ’40s. Joining Mark on the disc is Chicago first call guitarist Billy Flynn, the Red Hot West Coast Combo The Deep Basement Shakers, and Mississippi Bluesmaster Joe Beard. Wayback Machine is destined to be one of the most talked about Traditional Blues releases of 2020!”

MY TWO CENTS: You don’t need to reinvent the wheel when you know how to make the old one run like new. Harmonica master Mark Hummel drives that point home with this retro-fuelled batch of classic blues and jumpin’ jive, flecked with clattering percussion and rendered in glorious mono. Put it on your queue next to James Hunter and Squirrel Nut Zippers. 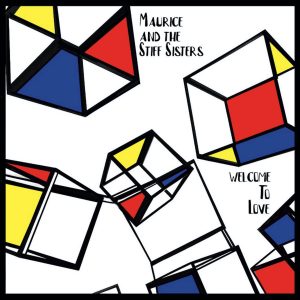 Maurice and the Stiff Sisters
Welcome To Love

THE PRESS RELEASE: “We spent the end of 2018 and all of 2019 recording in Portland and releasing singles each month. The result is an album that’s got melodies for days, gorgeous horn arrangements, one particular fuzz-guitar solo I’m especially proud of, and eleven songs written with the best intentions for people who listen for lyrics. My good friend said Welcome To Love reminded him of songwriters like Nick Lowe, Robyn Hitchcock and Jonathan Richman – classic pop-rock that’s funny and sad, beautiful and jagged.”

MY TWO CENTS: The key word in their name is Stiff. As in Stiff Records. These pop-rock nuggets are cut from the same tattered, lager-stained cloth as classics from Nick Lowe, Dave Edmunds, Wreckless Eric and the like. Pure pop for now people. 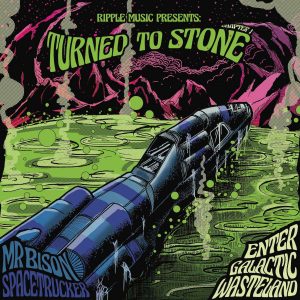 THE PRESS RELEASE: “Mr Bison’s two guitars together create a massive wall of sound through which listeners will likely never notice the absence of the bass guitar. Spacetrucker create a no-bullshit sound that mixes an affinity for classic rock riff kings like Black Sabbath and Deep Purple and a love of stoner rock icons like Kyuss, Sleep, and Fu Manchu, plus a healthy dose of riffy grunge such as the Melvins and TAD.”

MY TWO CENTS: What’s better than one EP of heavy-duty stoner-rock? Two of ’em fused together into one six-track monstrosity of magnitudinous metallic majesty and malevolence. If it’s too loud, you’re too sober. Bring on Chapter 2. 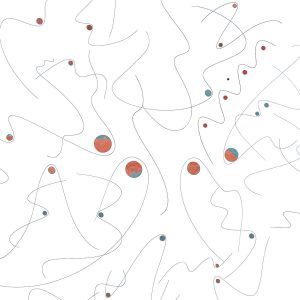 THE PRESS RELEASE: “Sounds created for no reason. Sounds that come and go, and disappear into the air like a scent, as soon as they materialize. Atonal phrases that hold the meaning of words that existed before the advent of language. The wonders of a vortex pulsing with life. Just as a new discovery is actually a new way of looking to see what has always been there, OOIOO, seemingly from the core of their being, created a world of sound made up of parts well known that is strikingly precise and intensely original. After a six year hiatus, OOIOO has created a new album that goes back to the roots of being a four-piece band. The music shows the full spectrum of the unique sound they have crafted throughout the years, which can only be described as OOIOO.”

MY TWO CENTS: Squirrelly and squiggly and strange, weird, wacky and wonderful, the latest experimental offering from former Boredoms member Yoshimi and her all-female crew of Japanese eccentrics continues to push the sonic and musical boundaries without coming off as pretentious, derivative or arbitrary. 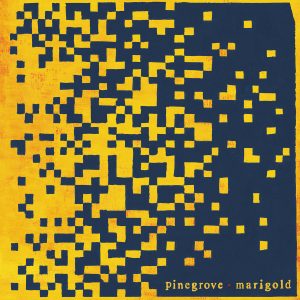 THE PRESS RELEASE: “Formed in 2010 in Montclair, NJ by Evan Hall and Zack Levine, Pinegrove have released three previous albums — Everything So Far (2015), Cardinal (2016), and Skylight (2018) — to massive critical acclaim, garnering them a widespread and devoted listenership. Hall named the band after a “beautiful and regulated, yet natural and messy” grid of pine trees on his college grounds. The Pinegrove was a place of introspection, repose and spiritual serenity, and a place he had established to be creatively fertile. Marigold offers what Evan calls a “heart-first” perspective. The album begins with a breath and ends with a shimmering exhalation. In between is an urgent, multivalent meditation — and an expanded take on the blend of alt-country, indie rock and cerebral humanism that’s inspired the band’s ardent fan community. Those familiar with Pinegrove will recognize signature elements of the band’s sound: literary yet conversational lyrics, geometrically interlocking guitars, the dynamic shifting shadows of rhythm and structure. Marigold is an album that’s intense but approachable, with a familiarity that belies an underlying complexity – accessible on first listen and increasingly rewarding upon revisits.”

MY TWO CENTS: Accusations of “sexual coercion” levelled against Hall a couple of years ago can’t help but colour the way you hear this album, which comes after a year’s hiatus and counselling. Whatever your thoughts on that, the band’s fusion of alt-roots and indie-rock — defined by earnest and thoughtful lyrical reflections set against their expertly crafted musical hybrid — is hard to dislike. 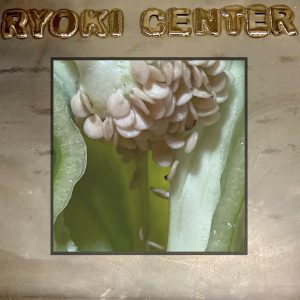 MY TWO CENTS: Bring the noise? Sure they do. And in a big, loud way. But don’t dismiss these volume dealers as some brainless, aimless bashers. Ryoki Center also know how to fuse their blast-furnace vocals, serrated guitars, lurching rhythmic attack into tense, tightly wound tracks that sear your ears and cauterize your cranium.