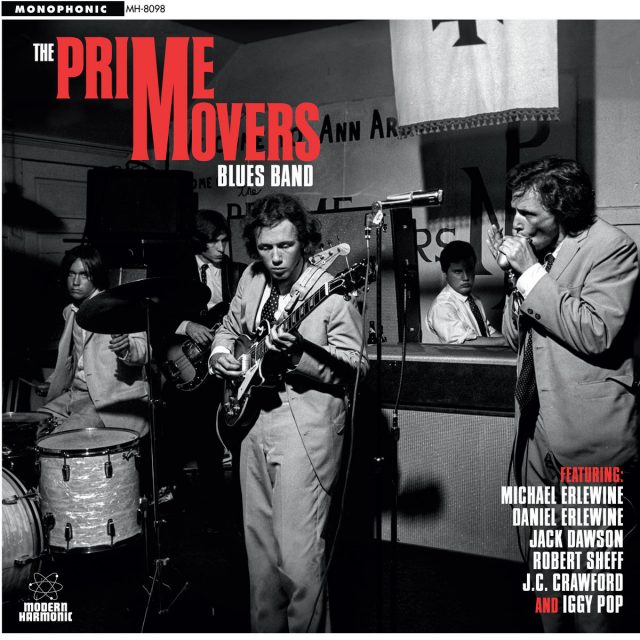 WHO ARE THEY? An obscure ’60s blues-rock band from Ann Arbor, Mich., The Prime Movers are best known today for the fact that their lineup included a young drummer by the name of James Osterberg — soon to be known the world over as Iggy Pop. Oddly, he’s not the only notable alumni: At one time or another, the long-serving group’s regularly changing lineup also featured future MC5 MC Jesse Crawford, Siegel-Schwall bassist Jack Dawson, pianist Gene Tyranny and even All-Music Guide founder Michael Erlewine.

WHAT IS THIS? Amazingly, their first official album — an hour of live recordings from what sounds like a bar gig. (The band apparently made no studio recordings, partly because they supposedly spurned an offer from a Motown subsidiary that wanted to boss them around.)

WHAT DOES IT SOUND LIKE? The sonic quality is surprisingly excellent, especially considering how primitive the recording conditions must have been. As for the performance, the band is decidedly above average — though their music is basically garden-variety Chicago blues, delivered with just a dash of ’60s garage-rock attitude.

WHAT SHOULD IT BE TITLED? In Their Prime.

WHEN SHOULD I LISTEN TO IT? Whenever you want to bet somebody that they can’t identify the drummer in the band.

WHAT ARE THE BEST SONGS? The upbeat shuffles like Everyday I Have the Blues, Walkin’ By Myself and Walking Through the Park fare slightly better than their slower tunes. But the undeniable highlight of the set is Iggy Pop taking over the mic on a fuzzy, snotty romp through Muddy Waters’ I’m a Man.

WHAT WILL MY FRIENDS SAY? ‘They really could have just issued that Iggy song as a single and been done with it.’

HOW OFTEN WILL I LISTEN TO IT? Pop’s nugget is a keeper; the rest of the set is arguably historic, but that doesn’t make it essential.

IF THIS ALBUM WERE BEVERAGES, WHAT WOULD IT BE? Draft beer and cheap wine.

SHOULD I BUY, STREAM OR STEAL IT? You did without this album for more than 50 years. You don’t need to buy it now.