Home Read The Grateful Dead | Ready Or Not 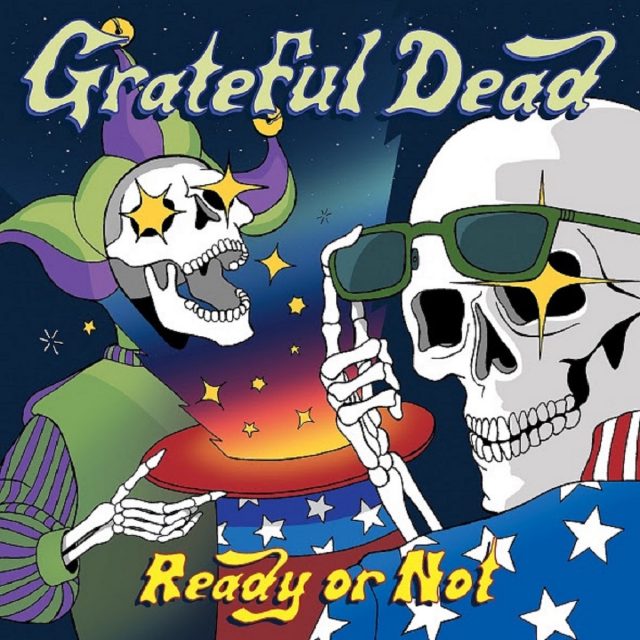 WHO ARE THEY? The kings of the counter-culture. The princes of Palo Alto. The house band of Haight-Ashbury. The soundtrack to the Summer of Love. The psychedelic road warriors formerly led by the stalwart Captain Trips. The godfathers of jam-rock. The most bootlegged band in history. And the group whose adventurous spirit lives on in Dead and Company, which features three original bandmembers.

WHAT IS THIS? The band’s umpteenth live compilation features nine original songs that were recorded at various shows between June 1992 and April 1995 — and most likely would have appeared on their next studio album had the band not abandoned the project after the death of singer-guitarist Jerry Garcia in August 1995.

WHAT DOES IT SOUND LIKE? To Deadheads, pretty familiar. While these versions have never been officially released before, they (and other performances) have been circulating for decades on various legit and unauthorized releases. Some studio and live versions were also included on the 1999 box So Many Roads (1965-1995). For the less … er, dedicated fan, these tunes present a satisfying spectrum of moods, genres and styles, with lyrical themes revolving around journeys and the passage of time.

WHAT SHOULD IT BE TITLED? The Golden Road Home.

HOW SHOULD I LISTEN TO IT? While arguing with your Deadhead friend about whether these versions are truly definitive — and whether this set should also include other contemporaneous cuts like Fearless Groove, If the Shoe Fits, Childhood’s End and Wave to the Wind.

WHAT ARE THE BEST SONGS? The spry Liberty, the epic Corrina, the folk-blues flow of Lazy River Road, the Latin-grooved Samba in the Rain, the poignant ballad Days Between.

WHAT WILL MY FRIENDS SAY? ‘You already have nearly 450 Grateful Dead bootlegs. Do you really need another live recording?’

HOW OFTEN WILL I LISTEN TO IT? Nitpicking and debates aside, these versions are strong enough to stand up to repeated spins.

IF THIS ALBUM WERE A SCENT, WHAT WOULD IT BE? Patchouli — liberally applied to cover up the pong of some dank homegrown weed.

SHOULD I BUY, STREAM OR STEAL IT? Well, spending money on a Dead live recording for once might be an interesting new experience.