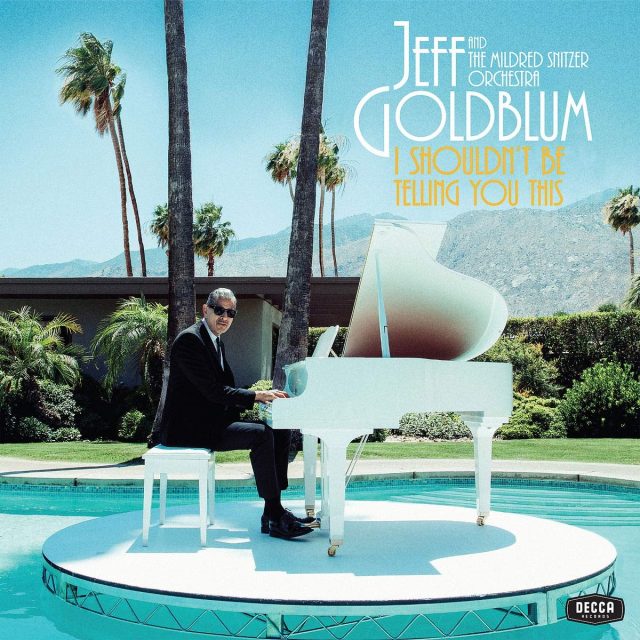 WHO ARE THEY? The coolest Hollywood nerd ever to flee a CGI dinosaur and morph into a BrundleFly — and a man who also happens to be a truly talented jazz pianist — accompanied by a crisp little combo cheekily named after an old friend of his parents.

WHAT IS THIS? Their sophomore album, released almost a year to the day after their debut The Capitol Studio Sessions offered a master class in late-night laissez-faire looseness — becoming a chart-topping left-field hit in the process and making Jeff Goldblum one of the few actors to successfully make the leap from movies to music.

WHAT DOES IT SOUND LIKE? A bigger-budget sequel. Unlike his debut, which was cut live in the studio with guest singers like Imelda May and Sarah Silverman, I Shouldn’t Be Telling You This ups the ante with VIP vocalists like Miley Cyrus, Fiona Apple, Sharon Van Etten, Anna Calvi and Inara George — plus an updated set list that includes covers of Sonny & Cher and Marianne Faithful. Thankfully, the disc also has plenty of swinging instrumentals by the likes of Herbie Hancock, Horace Silver and Lalo Schifrin.

WHAT SHOULD IT BE TITLED? Pop Goes the Snitzer.

HOW SHOULD I LISTEN TO IT? While sipping a high-priced highball in a low-lit lounge — or at least hosting a cocktail party in your swinging bachelor pad.

WHAT ARE THE BEST SONGS? It depends. Pop fans will probably dig bouncy revamps of The Beat Goes On and Broken English, while jazz buffs will appreciate finger-popping covers like The Kicker and The Cat. Either way, there’s plenty here for everybody.

WHAT WILL MY FRIENDS SAY? ‘I probably shouldn’t be telling you this, but this is the first new jazz album I’ve bought in years.’

HOW OFTEN WILL I LISTEN TO THIS? Much like his last album — and like Goldblum himself — it’s impossible not to be charmed by these 11 cuts.

IF THIS ALBUM WERE AN OUTFIT, WHAT WOULD IT BE? A white tuxedo jacket over a Hawaiian shirt, blue jeans and Converse sneakers.

SHOULD I BUY, STREAM OR STEAL IT? It probably won’t cost you any more than the two-drink minimum in that lounge.