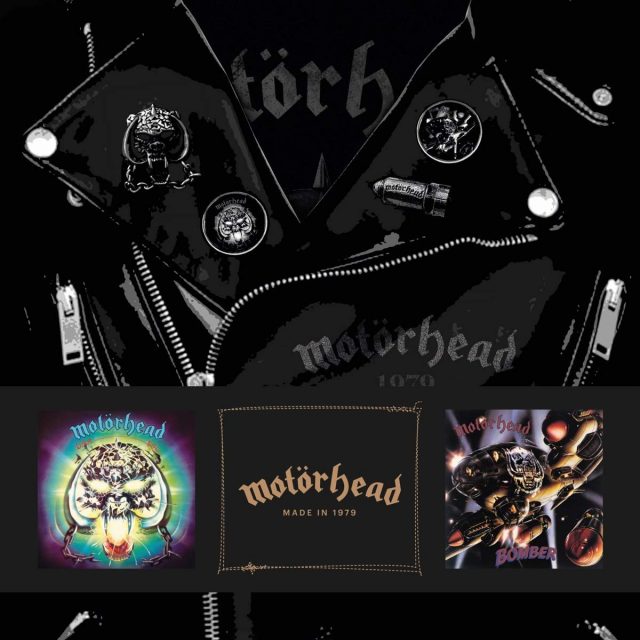 WHAT IS THIS? A vinyl box set containing their classic 1979 studio albums Overkill and Bomber — both of which were helmed by former Rolling Stones producer Jimmy Miller and remastered here at half-speed from the original tapes — along with a pair of blistering live albums from the respective tours, a disc of outtakes and rarities, a book and memorabilia. Talk about overkill (but in a good way).

WHAT DOES IT SOUND LIKE? One of the world’s greatest bands at the height of their powers. Three guys who put the power in power trio. And a group that enthusiastically and emphatically lived up to the motto, ‘Everything louder than everything else.’

WHAT SHOULD IT BE TITLED? Annus Volumus Maximus.

HOW SHOULD I LISTEN TO IT? While gulping amphetamines, wearing too much denim and leather, and cranking your stereo to deafening extremes.

WHAT WILL MY FRIENDS SAY? ‘How is it that none of these guys are alive to enjoy it, yet all the Backstreet Boys are in the prime of health?’

HOW OFTEN WILL I LISTEN TO THIS? Well, if you’re a fan, you’ve probably already heard most of it ad infinitum. But the live gigs and rarities are a bonus if you don’t have them already.

IF THIS ALBUM WERE A CRIME, WHAT WOULD IT BE? Grievous bodily harm — committed with a whole string of lesser offences including but not limited to public intoxication, public urination, failure to comply and repeated noise violations.

SHOULD I BUY, STREAM OR STEAL IT? If you want all the fancy packaging and goodies, get out your credit card. If you just need the live tunes, head online.