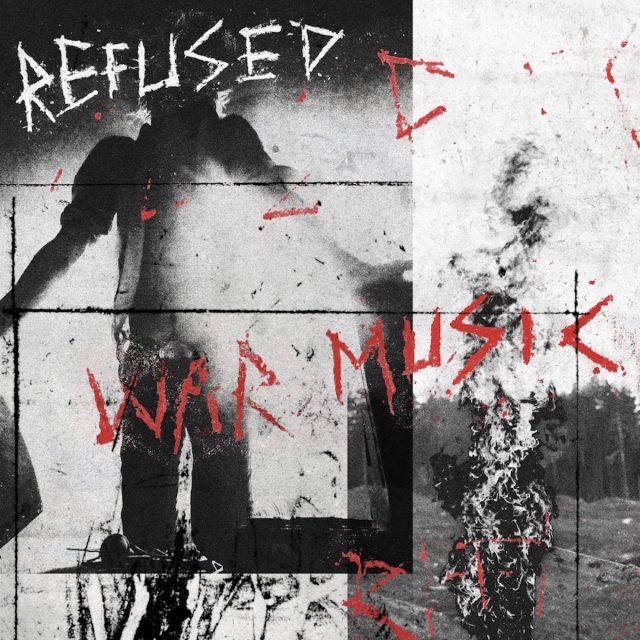 WHO ARE THEY? The Swedish post-hardcore heroes whose breathtaking music has proved to be every bit as radical and revolutionary as their rabble-rousing lyrics — and who are currently enjoying a long-overdue second act after reuniting earlier this decade following more than a decade apart.

WHAT IS THIS? War Music is their fifth album overall and the followup to 2015’s hard-edged comeback set Freedom.

WHAT DOES IT SOUND LIKE? Punk by grownups, for grownups. While War Music’s 10 blistering salvos aren’t as feverishly groundbreaking as their 1998 masterpiece The Shape of Punk To Come, their searing guitar lines, intricately heavy beats, throat-shredding vocals and incendiary protest lyrics prove that singer Dennis Lyxzen and his bandmates continue to have plenty of fire in their bellies.

WHAT SHOULD IT BE TITLED? Still Angry After All These Years. Or maybe These Machines Kill Fascists.

HOW SHOULD I LISTEN TO IT? While psyching yourself up to march, protest or man the barricades over your favourite cause.

WHAT ARE THE BEST SONGS? There isn’t a dud in the bunch, from the slamming opener REV001 through circle-pit anthems like Blood Red and Turn the Cross and on to the metallic closer Economy of Death.

WHAT WILL MY FRIENDS SAY? ‘I don’t know about you, but for some strange reason, I suddenly feel like rioting!’

HOW OFTEN WILL I LISTEN TO THIS? The revolution might not be televised. But it certainly will be on repeat.

IF THIS ALBUM WERE A REVERSED POLITICAL METAPHOR, WHAT WOULD IT BE? A boot stamping on a fascist’s face — forever.

SHOULD I BUY, STREAM OR STEAL IT? It’s definitely worth buying — but stealing it also seems right somehow.