Home Read Down ’n’ Outz | This Is How We Roll 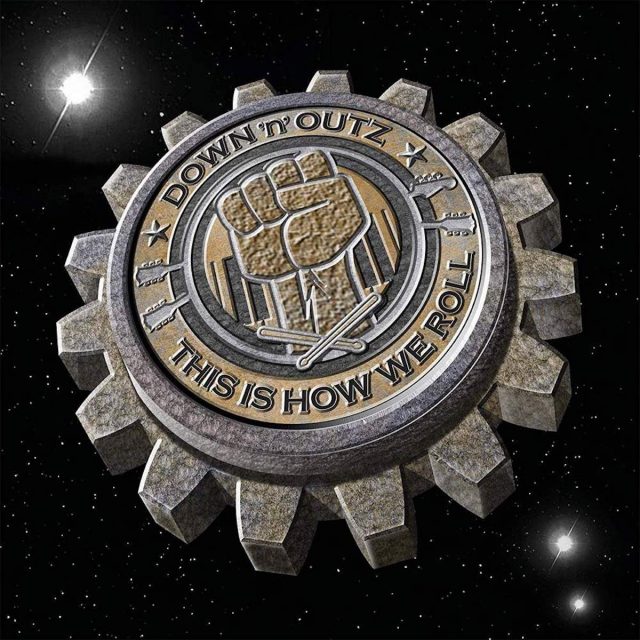 WHO ARE THEY? A supergroup side-project from Def Leppard singer Joe Elliott, Quireboys guitarists Paul Guerin and Guy Griffin, Vixen bassist Share Ross, keyboard player Keith Weir and Wayward Sons drummer Phil Martini — all of whom share an near-obsessive and quite possibly unhealthy devotion to the classic sounds of Mott the Hoople and Ian Hunter.

WHAT IS THIS? Their third studio release and first disc to be dominated by original material after a pair of reverently, raucously Mott-centric covers collections — 2010’s My ReGeneration and 2014’s The Further Adventures Of …

WHAT DOES IT SOUND LIKE? Not surprisingly, they’re still channelling the ’70s boogie-rock of Hunter and Hoople — though they do expand their horizons with tracks reminiscent of everyone from David Bowie, Elton John and Queen to 10CC, Sparks and other legends and landmarks from Elliott’s record collection. Hell, even the cover art looks like it was lifted from an old BTO album.

WHAT SHOULD IT BE TITLED? The Golden Age of Rock ’n’ Roll.

HOW SHOULD I LISTEN TO IT? While watching vintage clips of Top of the Pops and Old Grey Whistle Test on YouTube.

WHAT ARE THE BEST SONGS? The one-two punch of the opening rockers Another Man’s War and the title cut; the Bowie eulogy Goodnight Mr. Jones; the riffy Boys Don’t Cry (not The Cure song); their spot-on cover of The Tubes’ White Punks on Dope.

WHAT WILL MY FRIENDS SAY? ‘It’s not bad — but a couple more classic covers wouldn’t have hurt.’

HOW OFTEN WILL I LISTEN TO THIS? More often than you’ve probably listened to the last few Def Leppard and Quireboys albums. One quibble: There are about two more ballads than anyone needs.

IF THIS ALBUM WERE FOOTWEAR, WHAT KIND OF FOOTWEAR WOULD IT BE? Platform boots.

SHOULD I BUY, STREAM OR STEAL IT? Buy it on vinyl — though ideally, this should also be issued on cassette and 8-track.