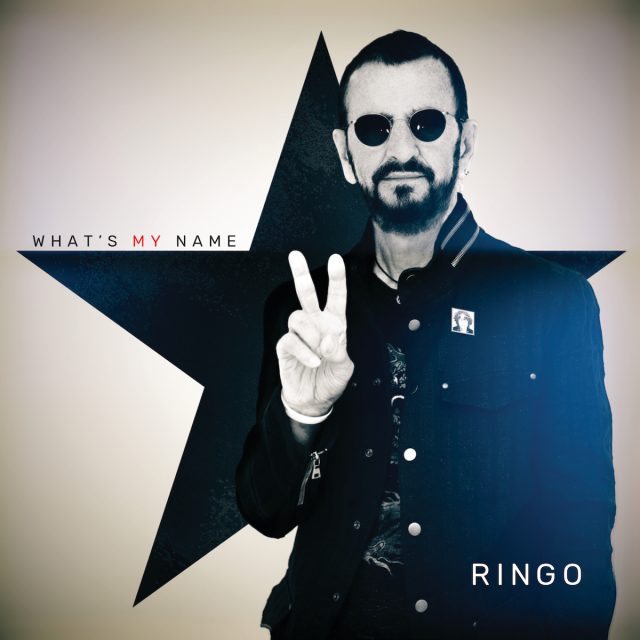 WHO IS HE? The artist formerly known as Richard Starkey. The funny one. The former drummer of Rory Storm and The Hurricanes. The man who earned a lifetime spot on Pete Best’s shit list for taking his spot in The Beatles. Keith Moon’s old drinking buddy. Barbara Bach’s longtime spouse. Joe Walsh’s brother-in-law. And the only member of The Fab Four whose resume includes multiple lengthy stints on children’s television AND a chart-topping hit about romancing a teenager.

WHAT IS THIS? Out Oct. 25, What’s My Name is the 79-year-old drummer and vocalist’s 20th solo studio album since The Beatles disintegrated nearly 50 years ago. It’s another home-recorded disc that features an all-star cast including Walsh, Dave Stewart, Steve Lukather, Colin Hay, Edgar Winter and old bandmate Paul McCartney. And it’s a disc whose title pointedly lacks a question mark, which makes it look more like a subtle Abbott and Costello reference than a senior moment.

WHAT DOES IT SOUND LIKE? Honestly, pretty much like every Ringo record ever released. Which is to say: Another collection of lighthearted, loose-limbed and generally likeable retro-pop and melodic rock ditties about life, love, peace and music — all anchored by Starr’s rock-solid, no-frills drumming and topped with his untrained everyman vocals. Pity nothing here possesses the cheeky charm of classics like Back Off Boogaloo, Oh My My or No No Song.

WHAT SHOULD IT BE TITLED? You Know, Turns Out It Really Does Come Easy After All. Or perhaps It’s Good To Be Ringo.

HOW SHOULD I LISTEN TO IT? Without expecting more from Starr than he’s ever been able to deliver.

WHAT ARE THE BEST SONGS? Thumpy pop-rockers like Gotta Get Up to Get Down, It’s Not Love That You Want, Better Days and the call-and-response title cut are decent, but his groovy, gently swirling remake of Money and his sweet cover of John Lennon’s Grow Old With Me are likely to prove far more memorable.

WHAT WILL MY FRIENDS SAY? ‘Sure, 20 Ringo albums is at least 10 too many — but even so, it’s physically impossible to dislike the guy.’

HOW OFTEN WILL I LISTEN TO THIS? A few numbers are worth hearing more than once, but a couple of spins will probably do for the rest.

IF THIS ALBUM WERE A JINGLE, WHAT WOULD IT BE FOR? AARP memberships, Stairlift Chairs and Viagra.

SHOULD I BUY, STREAM OR STEAL IT? I’m gonna go out on a limb and guess that Ringo probably doesn’t really need the money after all.