At this time of year, there are way too many albums and not enough hours in the day. That’s where EPs come in handy: You can feed your new-music jones without having to lose sleep. Here are some of the latest offerings from my in-box, covering everything from rock and pop to hip-hop and electronica. I’ve tried to include links so you can buy the tunes straight from the source and save yourself some time: 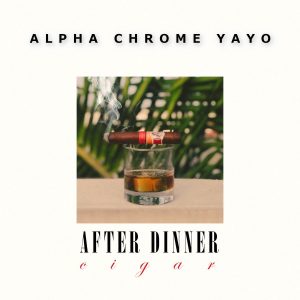 No collection of EPs — or discussion of time management — would be complete without Belfast’s absurdly prolific electro-pop madman Alpha Chrome Yayo. Not only does he drop a new EP pretty much every month, he’s every bit as entertainingly eclectic as he is dependable, continuing to come up with novel themes and concepts for his work. The latest: After Dinner Cigar, which fires up a playfully cool blend of ’80s synth-pop, futuristic swing and more. Smoke ’em if you got ’em. And expect to hear from him again before your ashtray goes cold. How he does it is beyond me. I’m just glad he does. THE PRESS RELEASE: “A selection of sunset songs – smooth and satisfying to the end. Party down with stompin’ swingbeat, cleanse the palate with a hint of new age, ruminate to robust, smoky jazz and cosy up with robotic romance. Enjoy this decadent soundtrack to your most sophisticated evening soirée, with bonus variant artwork for Bandcamp buyers.” 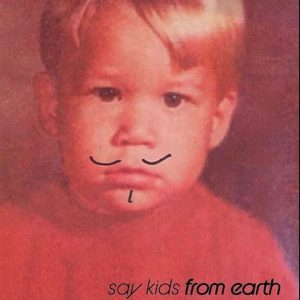 THE PRESS RELEASE: “Following their anthemic July-released single Rectify, Nashville based indie rock outfit Say Kids continues to garner traction with their brand new EP, From Earth, a sonically diverse collection of nostalgic, inspirational, head-bopping tunes. A perfect soundtrack for the Indian-Summer-to-Fall transition, From Earth truly offers something for every listener and every mood. “Our music is like punting through a Candyland game board,” says frontman Peyton Smith. “It’s very fierce but happy. Lots of twists and turns.” 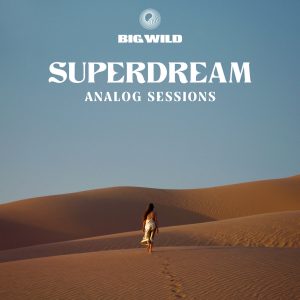 THE PRESS RELEASE: “Following the release of his critically acclaimed debut album Superdream, singer, songwriter and producer Big Wild (aka Jackson Stell) has released Superdream: Analog Sessions. The acoustic EP introduces fans to an entirely new side of Big Wild as he ventures earnestly into new musical frontiers, demonstrating his versatility & prowess as an artist. Superdream: Analog Sessions features fresh interpretations of five popular tracks from the original version of Superdream. The project ultimately is an exercise in refinement as Stell skillfully crafts delicately reimagined compositions, allowing his vocals and instrumentation to shine through in a striking light. “I worked on peeling away the production from my favorite songs off the album so that what remained was intimate and raw.” Big Wild states, “I love how Superdream: Analog Sessions feels like a completely original body of work even though it’s based off the album.” 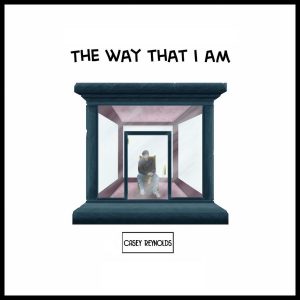 Casey Reynolds
The Way I Am

THE PRESS RELEASE: “Up-and-coming hip-hop/R&B pop artist Casey Reynolds just released a new EP, The Way That I Am, which showcases the contemporary and fluid style that has launched his music career. With his undeniable work ethic and his ability to mix, master, produce, write, and record every song you hear, Reynolds first stepped into the LA music scene with his authentic covers of popular songs on YouTube. A modern mix of R&B and pop stylings create the soundscape of The Way That I Am as Reynolds crafts a lyrical exposé of his life. Each of the seven songs tells a different story, connecting with listeners on an emotional level and musically crafted to engage listeners and keep them coming back for more. Reynolds is early in his career, but his musicality, crafty lyricism, and natural creation of hit songs would suggest he’s been on the scene for years.” 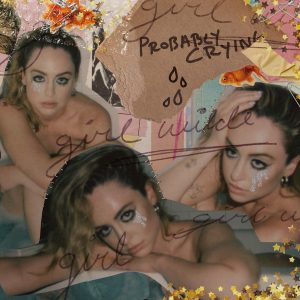 THE PRESS RELEASE: “Angst-pop powerhouse Girl Wilde is revealing her debut EP Probably Crying, which captures the good, the bad, and the ugly of the human experience. Through her lyrics, Girl Wilde approaches the oft-taboo topics of depression, anxiety, and female sex positivity with a radiant confidence. Her musicality is equally as rebellious, blurring genre boundaries with bombastic punk-inspired riffs, electro-pop melodies, and 90s indie-rock nostalgia. The Probably Crying EP sees Girl Wilde emerging through a therapeutic journey of self-discovery, which she explains in the following statement: “For many years I felt like my voice had been stifled and I can proudly say that this EP is my first step towards freedom. I am excited to finally speak my truth and unapologetically be myself.”