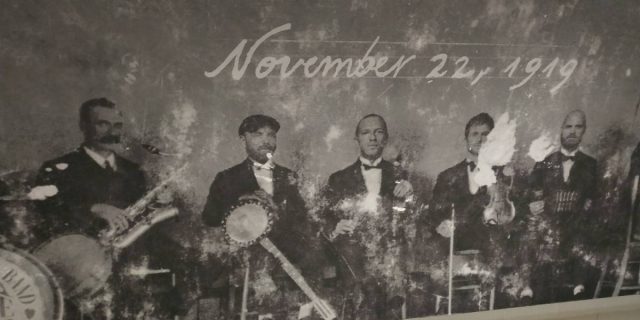 Talk about the shot heard (and seen) ’round the world. Earlier today, this poster appeared in Sao Paulo subways — and spread across the Internet shortly thereafter. The old-timey shot seems to suggest that Coldplay are up to something new on Nov. 22. Speculation is that it’s a new “experimental” album — which may also be followed by a more traditional album early next year, according to other reports. Only Chris Martin and co. know for sure, and last I heard, they’re not telling. All I can tell you for sure is that it was just one of umpteen new releases that I’ve come across over the past 24 hours. Scroll below to see all the upcoming arrivals — including a new star-studded effort from Foo Fighters drummer Taylor Hawkins and his Coattail Riders — and don’t forget to ride on over the Upcoming Releases page to see the entire slate of new music on the way. No subway token required.

Djevel | Ormer Til Armer, Maane Til Hode
Various Artists | Thousands of Eyes in the Dark