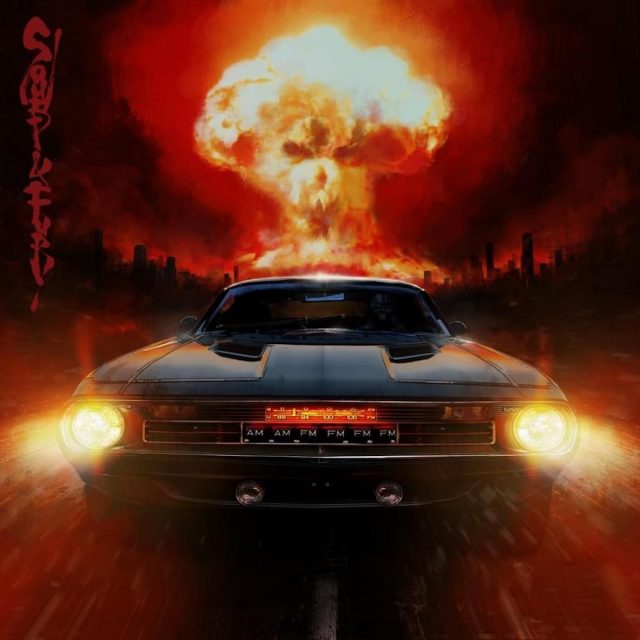 WHO IS HE? The iconoclastic American alt-country singer-songwriter who broke through to the mainstream with 2014’s druggy Metamodern Sounds in Country Music, and went on win the Best Country Album Grammy with his orchestrated 2016 concept disc A Sailor’s Guide to Earth.

WHAT IS THIS? His fourth full-length and latest sonic and stylistic left turn: A self-described “sleazy synth-rock dance record” that supposedly takes its musical cues from British popsters La Roux. Seriously. Oh, and its release was also accompanied by a dystopian anime film that was loosely inspired by Akira Kruosawa’s samurai classic Yojimbo and is now playing on Netflix. Because of course.

WHAT DOES IT SOUND LIKE? As weird as you expect. But also much, much cooler. Turns out that despite his country roots, Simpson can crank up and rock out with the best of them. Though he sounds best when he hews closer to a southern synth-boogie reminiscent of ’80s ZZ Top instead of trying to approximate the dry-ice cool more representative of the genre.

WHAT WOULD BE A BETTER TITLE FOR THIS ALBUM? Does Not Compute. Or maybe It’s So Crazy It Just Might Work.

HOW SHOULD I LISTEN TO IT? While watching the movie. Maybe it’ll make more sense then. I suspect not.

WHAT ARE THE BEST SONGS? The chugging Sing Along; the robo-disco romp A Good Look; the metallic Best Clockmaker on Mars; the electro-rockabilly raveup Last Man Standing; the spacey Mercury in Retrograde and the psychedelic Fastest Horse in Town.

WHAT WILL MY FRIENDS AND FAMILY SAY? ‘Hey, didn’t Neil Young make an album sorta like this once called Trans? How did that work out for him?’

HOW OFTEN WILL I LISTEN TO THIS? Strange as it is, it’s also strangely compelling. No matter the sound or the style, Simpson clearly hasn’t forgotten how to write a strong hook or a memorable song.

IF THIS ALBUM WERE A TV SHOW SOUNDTRACK, WHAT SHOW WOULD IT GO WITH? Westworld. But only during the violent action scenes.

SHOULD I BUY, STREAM OR STEAL IT? You have to support this — if only so he can make an album that’s even more insane next time.