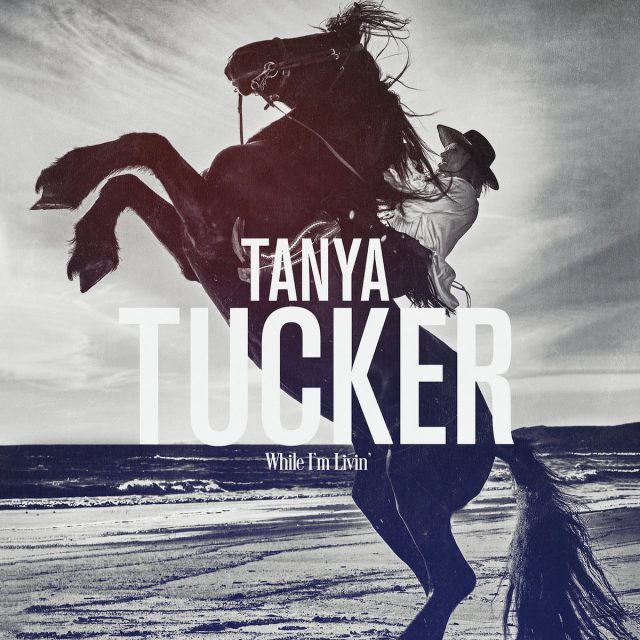 WHO IS SHE? The hell-raisin’ country spitfire who scored her first hit with Delta Dawn at the age of 13 — and who will celebrate the 50th anniversary of that milestone in just a few years.

WHAT IS THIS? The 60-year-old semi-retired Nashville icon’s excellent comeback album and first release since 2009’s My Turn. While I’m Livin’ was co-produced by second-generation outlaw Shooter Jennings and recently anointed superstar Brandi Carlile, who also wrote most of the songs on the album specifically for Tucker.

WHAT DOES IT SOUND LIKE? A veteran getting her long-overdue due. While Tucker’s voice is husky and rough around the edges — at times she sounds like the Marianne Faithfull of country — her weathered pipes and no-nonsense delivery fit perfectly with the been-there, done-that tone of Carlile’s tunes. For his part, Jennings plays it straight with instrumentation, arrangements and production, reining in his eccentric tendencies and harder-edged leanings for simple, sincere Americana and ’70s country-rock.

WHAT WOULD BE A BETTER TITLE FOR THIS ALBUM? Back in the Saddle. Or maybe Another Turn.

HOW SHOULD I LISTEN TO IT? On a playlist with her greatest hits — after all, when was the last time you sat and listened to Tanya Tucker?

WHAT ARE THE BEST SONGS? The single Hard Luck — ironically, one of the few tunes Carlile didn’t write — will prime you for darker, richer fare like Mustang Ridge, I Don’t Owe You Anything and the piano-ballad closer Bring My Flowers Now, which also gives the disc its title.

WHAT WILL MY FRIENDS AND FAMILY SAY? ‘Tanya Tucker? Who knew she had it in her?’

HOW OFTEN WILL I LISTEN TO THIS? Enough that you won’t be surprised when it gets a Grammy nomination.

IF THIS ALBUM WERE CLOTHING, WHAT KIND OF CLOTHING WOULD IT BE? An old leather jacket that’s been in the closet for years, but still fits perfectly and hasn’t gone out of style.

SHOULD I BUY, STREAM OR STEAL IT? She doesn’t owe you anything. But you definitely owe her.