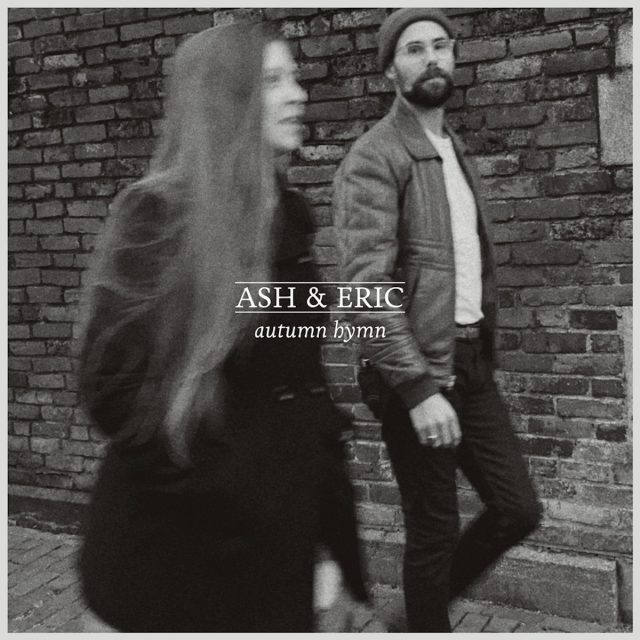 Fashioned from gently caressed acoustic guitar shimmers, tastefully understated touches of flute, trumpet and percussion, and the elegant chiaroscuro interplay of Ash and Eric L’Esperance’s earnest vocals, the poetic and bittersweet Autumn Hymn effortlessly and flawlessly channels the ’60s folk laments of Ian & Sylvia, Bob Dylan and Joan Baez, or even Simon & Garfunkel. But it’s every bit at topical as this today’s headlines.

A preview of the Massachusetts duo’s upcoming album Sure, the song speaks to those who — like Ash & Eric — have become disillusioned with the world and are searching for a better way, a truer path. “When the institutions and systems which once claimed to save us failed us, we walked away from the dogmatic structure we were raised in,” they say. “We turned to the natural world for a renewed sense of since-lost hope. We lay under the trees and remembered everything we lost. We listened to the cries of the forest, let our feet become rooted in the earth as the birds sang us back into peace. We learned to listen and even sing again in the midst of the silence … These songs are truly our shelter from the storm.”

Ash & Eric’s world began to crumble in 2020 as the year battered down and destroyed most of what they held dear. They hung tightly to their last tattered thread — until, finally, they just let go. Disillusioned by religion, their own relationships and even their career, they walked away from everything that hadn’t been working for so long. They started telling the truth. After spending most of their lives searching for meaning and fulfillment in external places — work, success — having it all taken away meant they had to finally ask themselves, “What or who is going to save me?”

Sure, due May 6, is an album about leaving, losing and everything you find when you do. If Ash & Eric’s last record Every Seed Must Die (released under their former handle The Promise is Hope) was about dusting themselves off after tragedy, Sure sees Ash & Eric walking away from the wreckage. As COVID dragged on and continued stripping them of their relationships and work, the couple started to get more certain of a few things: Their love for each other, their desire to make great music and their own ability to heal and find hope. This album is a return home — to nature, to truth and to themselves.

In the pure assuredness of their own abilities & strength, Ash & Eric set out to make this record entirely themselves. They first attempted to record it in their tiny apartment in Worcester, MA, battling the constant sound of sirens outside and vacuuming neighbours overhead. In the summer of 2021, a friend offered them her music classroom at a boarding school in Western Massachusetts. The album was recorded in a month, arranged and produced entirely by Eric.

The duo have never shied away from life’s hard edges. Their musings reflect the hope and pain we all experience in life. Sung in voices as vulnerable and honest as their lyrics, their songs feel like a sincere welcome, a shoulder to lean on, and a hand to hold at the end of a long day. In addition to top tier writing, their warm harmonies, swirling acoustic guitars, and easy stage presence have earned them a dedicated following in the North East folk singer-songwriter scene.